"I’ve never seen so many passionate researchers in one place, always happy, helpful and full of knowledge about cetaceans to share! During my time I worked on a research project on the prevalence of skin diseases, parasites, shark bites, entanglement and deformities of Indo-Pacific bottlenose dolphins around the South African coast."

Dolphins and whales belong to the Cetacea group which is divided into toothed whales and baleen whales.  Dolphins belong to the former group while the blue whale, fin whale, right whale and humpback whale belonging to the latter group.   Intelligent and social, dolphins often leave people wonderstruck with their impressive agile theatrical skills.  There are as many as 40 different dolphin species worldwide, many of which you may be lucky enough to see if you join us a dolphin volunteer researcher.  These creatures are known for their friendliness and newborns tend to stick close to their mothers for sometimes as many as 8 years.  Emotional bonds extend further, with dolphins known to tend to the sick, the old and the injured.

Whales do all their habitual activities in the open ocean including feeding, mating, giving birth, suckling and raising their young.  Females are very protective of their young, a bond that is considered the strongest in whale social structure.  Whales are a wonder to see in nature, often breathtaking in their sheer size and incredibly pleasurable for volunteers to research and watch.  These species are also essential to marine ecosystems – did you know whale poo plays are role in offsetting carbon in the atmosphere?  This is because it stimulates the growth of phytoplankton which pulls carbon from the atmosphere. 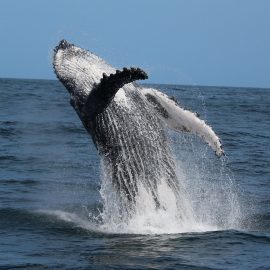 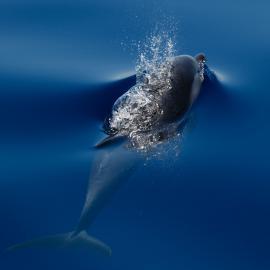 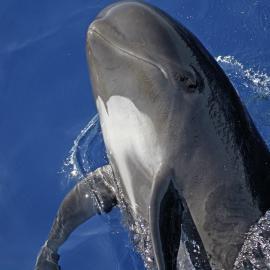 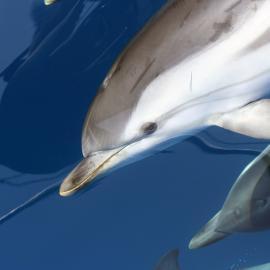 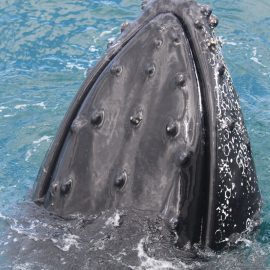 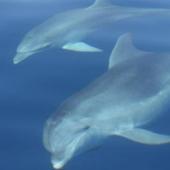 "The 2 weeks I spent on the project were absolutely amazing and an experience that I will never forget. Everything was perfect: the group of volunteers, the organisation of the day-to- day activities, the days spent on or off the sea, and of course, our encounters with the dolphins!" 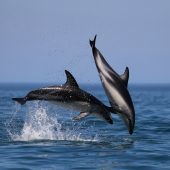 "I’ve never seen so many passionate researchers in one place, always happy, helpful and full of knowledge about cetaceans to share! During my time I worked on a research project on the prevalence of skin diseases, parasites, shark bites, entanglement and deformities of Indo-Pacific bottlenose dolphins around the South African coast." 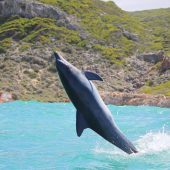 "This was an invaluable experience and I not only learned so much about cetaceans and the work that is carried out in order to help the preservation of the conservation of these animals, but I also learned a lot about myself and where I would like to expand my skills as a scientist." 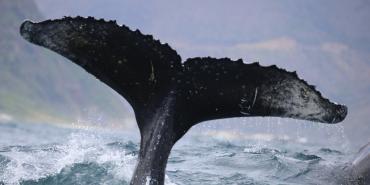 Being aquatic animals, the large majority of the diet of whales and dolphins is based on water creatures.  A few species, like the killer whale, are known to feed on large mammals and birds, such as penguins and seals.  Because of their lack of teeth, baleen whale species feed just on small fish krill and plankton using their ‘baleen plates’ made of keratin to ‘filter’ their food.

Dolphins tend to live on average 17 years – although they have been known to reach up to 50 years of age.  By contrast, whales’ lifespans usually range between 50 and 80 years and some species, like the bowhead whale, have been found to live up to 200 years. 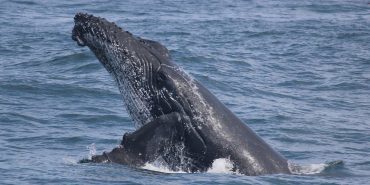 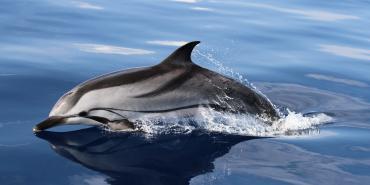 Whales and dolphins both face similar threats.  One considerable concerns revolves, as is the theme with most animals, around habitat. Though in the case of these aquatic creatures, this occurs in the form of habitat degradation due to pollution and climate change.  Pollution effects, from plastic to oil to other toxic contaminants, is well known around the globe and efforts to counteract it are present.

In addition to this wide reaching threat, is the problem of whaling and entanglement in fishing gear, which is common in many parts of the world, is also of continuing concern. If you join our dolphin and whale volunteer projects, you can assist with research and collecting data which forms part of a long term initiative to conserve and protect these species worldwide.