"Working at the Wildlife Rescue Center was one of the most beautiful and interesting experiences I’ve ever had. The organisation was very good and the Director explained everything very well and was there when you needed help. The location is gorgeous. It feels like working in paradise!"

Social, capable and often relatable, primates are a large and diverse category of species and include lemurs, lorises, tarsiers, monkeys, apes, and, of course, humans.  With arboreal ancestors (species adapted to climbing trees), primates are both terrestrial and tree-based and, with the exception of humans, they inhabit mostly tropical and subtropical regions across Asia, Africa and the Americas.  The diversity in the species group is shown by size, with lemurs, like the mouse lemur, weighing as little as 30g and gorillas, like the eastern gorilla, reaching up to 200kg.

Being social animals, non human primates often live in tight-knit communities and their connection to us is often strong given our relatability to much of their behaviour.  Many primates also play an important role in ecosystems: for example in eating fruits many species act as seed dispersers and as predators they can similarly act in controlling the population of various other species.  Aside from this, primates are simply beautiful creatures, with spectacular emotional and cognitive abilities, that deserve active conservation efforts.  You can volunteer with primates on our research projects in the Amazon in Peru, or volunteer in a wildlife rescue centre with primates in Costa Rica, Namibia and Indonesia. 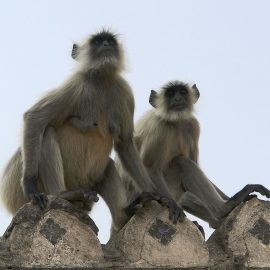 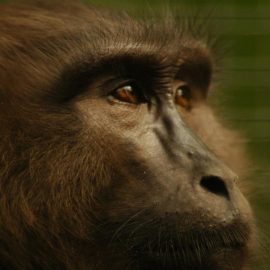 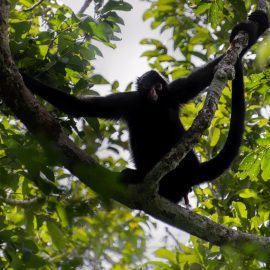 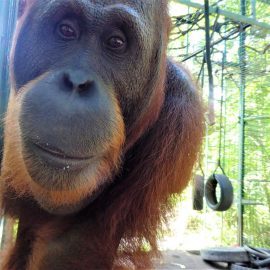 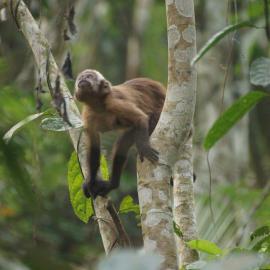 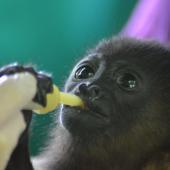 "Working at the Wildlife Rescue Center was one of the most beautiful and interesting experiences I’ve ever had. The organisation was very good and the Director explained everything very well and was there when you needed help. The location is gorgeous. It feels like working in paradise!" 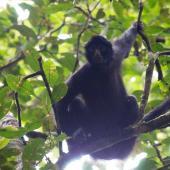 "After 3 months I felt like being part of a family. I was lucky enough to be surrounded by amazing and inspiring people that wanted to share their passion with others. I would definitely suggest this place to whoever would like to have such an experience." 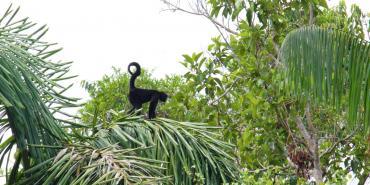 Most primates are omnivores, feasting largely on fruits, leaves, insects, small lizards, and even the occasional mammal.  The mating season for most primates is usually all year round, though when food is abundant there is more chance for it to take place.  The general pattern within primates is single litter births, although there are factors that facilitate multiple litter births – including diet.  Female – child relationships and care is most common across all species and some research has shown that ‘parenting styles’ across primates can often take on either a ‘permissive’ character or a ‘restrictive character’.

The lifespan of different species varies quite significantly: some species of ape like gorillas, chimpanzees, gibbons and orangutans have an average lifespan of 40 to 50 years while wild lemurs are expected to live an average of only 16 to 20 years. 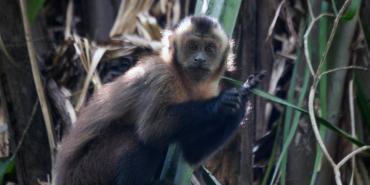 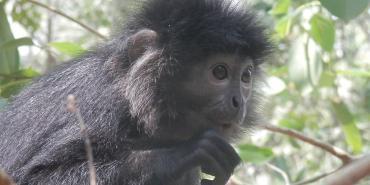 Like many species in the wild, primates are increasingly under threat.  The first comprehensive review in the early 2000s of the world’s 634 kinds of primates (now more) found that almost 50% are in danger of going extinct, according to the criteria of the IUCN Red List of Threatened Species.  This is largely down to habitat destruction (particularly the burning and clearing of tropical forest) and the hunting of primates for food and illegal wildlife trade.  Deforestation is the most pressing concern, with tropical forests being a crucial habitat and source of food and shelter for primate populations across the board.  In particular, the destruction that comes in the wake of increasingly trying to produce palm oil has seriously negative consequences for ape populations.  If you want to volunteer with primate conservation and rescue work, as well as primate research internships, we have opportunities available worldwide.