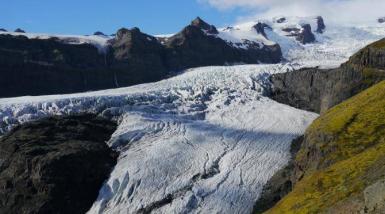 If you haven’t heard about the Climate Crisis then quite frankly; where have you been? In 2018, scientists warned that we had 12 years left until the point of no return. You only need to google it, and you’ll see the devastating effects of this human-induced crisis.  Most recently, an urgent evacuation of people living beneath the Planpincieux glacier on Mont Blanc has been called after the threat of 250,000 cubic meters of ice collapsing. The glacier was said to be sliding at 50cm-60cm per day at the end of August – a terrifying speed which the Italian Prime Minister, Giuseppe Conte, says;

“should not leave us indifferent. It must shake us all and force us to mobilise.”

Furthermore, the Himalayan glaciers are reported to be melting at an alarming rate due to the 1°C rise in temperature from 1975 to 2000.  Similarly, the Pizol glacier in the Swiss Alps recently attracted 250 people to mourn its collapse. This year, Iceland also saw the loss of its first glacier, Okjökull,  which local citizens commemorated by creating a  monument; the first glacier monument in the world.  It’s heartbreaking; we shouldn’t be writing obituaries for our planet.

But, what is being done about it? 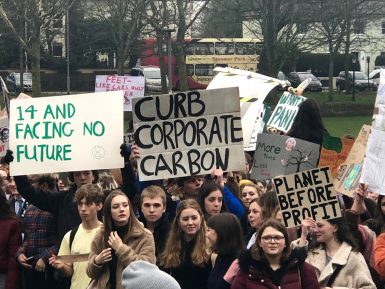 Most notably, increasingly drastic action has risen amongst the climate change activist group, Extinction Rebellion (XR). Their methods are questionable but, whether you like it or not, they are making themselves heard. From London to New York, thousands of members have shackled themselves outside buildings, disrupted the daily commute and threatened to swarm Gatwick Airport. This month has seen over 1,400 people willingly arrested for civil disobedience and failing to ‘move out of the way.’  The mounting conflict between disgruntled commuters and XR peaked lately after reports of ‘violent scenes’ at Canning Town tube station.

Locally, an increasing number of us have woken up to the urgency of the climate crisis and the reality of global warming. We have seen school children on strike, Greta Thunberg standing up to those at the top; we’ve made personal efforts to recycle more, reduce carbon emissions, cut meat consumption and minimise air travel. A forthcoming UN Climate Change Summit promises proactive steps to confront and tackle climate change, following the special IPCC (Intergovernmental Panel on Climate Change) report which outlines the risk we face if our planet’s temperature rises above 1.5°C. 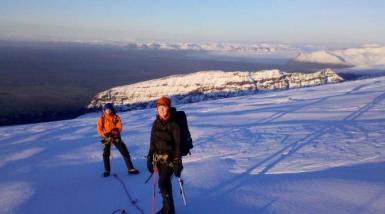 There have been many pointed fingers, directed at governments, large corporations and oil companies who are largely to blame. Both Thunberg and XR drive their messages towards those in power. Messages which are often met with rejection, denial and anger, despite the overwhelming scientific evidence and extreme weather we have been seeing around the world. A recent article from The Guardian even gives voice to the climate whistleblowers, actively ‘muzzled’ by the Trump Administration in the US. Could the threat be any clearer?

But as tensions rise in the media, so do our sea levels. Worldwide, glaciers have lost 9 trillion tonnes of ice in just half a century. Unnatural warming causes these glaciers to melt quicker than the snow can form to replace them. This causes huge problems to our ecosystem, our rivers and our seas. The flow of ice water into rivers is normal; the speed in which this is happening today is not. In the Arctic, sea ice loss is breaking down habitats for species such as polar bears and impacting weather conditions such as hurricanes, wildfires and droughts. This year, as a consequence of global warming,  Trump had his sights on nearby Greenland due to the sudden exposure of its rich and valuable natural resources, including oil. The threat these conditions have on life is monumental. 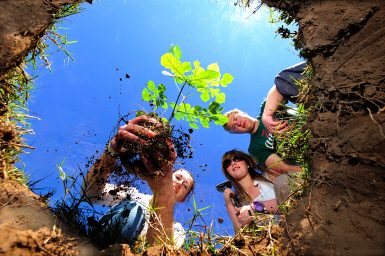 As individuals, we may not be able to stop this ever-looming disaster, but we can do our best to slow it down. Although XR have been criticised for causing alienation with their demanding and inconvenient protests, it is a message that we must all take on board.

There are many ways we can personally contribute to the effort. We encourage our volunteers to travel and work as eco-friendly as possible. From slow-travel to sustainable living; being mindful of ocean plastic whilst travelling and tackling fast fashion; these are all small things we can do to reduce our environmentally damaging footprint on this earth.  Collectively, as a species, there is nothing more important than the stability of our planet.