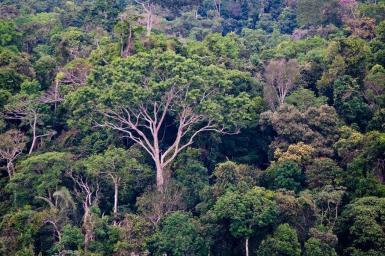 If you’ve been following any social media or news outlets over the summer, you are probably more than well aware of the fires burning through the Amazon rainforest. The photos are shocking, frightening and offer a sense of what the world might look like if climate change fails to be addressed. It’s hard to watch such a lush and beautiful part of the world become consumed by flames and smoke due to human action. What’s harder still, is to witness how political figures governing this area are reacting to the affected areas.

The Amazon is an important part of the global Oxygen supply, and also an essential link in global weather patterns. This is why the rainforest is often referred to as the “lungs of the planet”. Seeing as the rainforest is burning at a record rate, this is quite concerning. Yet, it feels as though the response to the Amazon fires is not equal to the severity of the issue. This could be due to the fact that forest fires are a natural and annual phenomenon that farmers have relied on for generations. Though forest fires take place every year, the Amazon rainforest has yet to reach this magnitude of destruction. It’s quite evident that what is currently happening to the Amazon is nowhere near natural or controlled. Seeing the fires lick through the natural habitat and burning everything in its path is hard to watch. Especially when you may be far away and watching the fires from abroad.

It’s easy to feel frustrated with the inertia of governments to put out the fires and large companies who are largely responsible for the damage. A number of environmentalists claim the fires are most likely tied to cattle ranching and loggers who are seeking more land for their agricultural businesses. It begs the question, are monetary business endeavours really worth the cost of one of the world’s most diverse ecological landscapes? 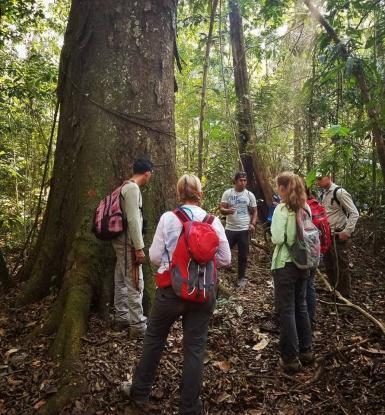 Sadly, months later the fires are still burning and the attention span of news sources has waned. It’s important to keep talking, writing, donating and taking action where possible. WorkingAbroad offers a number of projects where you can contribute to the health of the Amazon rainforest, including a research and conservation program in Peru to learn from expert biologists and conservationists about the forest, tropical wildlife and conservation efforts.

To mitigate the environmental damage of the burning Amazon, you can also work on living more sustainably and choosing to support companies who source their materials ethically. Since the Amazon rainforests have been tied to cattle ranching, it’s suggested that reducing your meat consumption can also help to lessen our reliance on land for unsustainable practices.

Let’s hope that the hardworking non-government organizations, firefighters, volunteers and conservation funding will help to put out the fires so that the planet can continue to keep the Amazon rainforest and all of its habitants for the years to come.