What is Bear Bile Farming?

Bear bile is a natural secretion of a bear’s gall bladder and is sought after due to its medicinal properties. Bear bile farming causes immeasurable suffering as bears are held in small crush cages whilst their bile is repeatedly extracted by invasive methods. Many bears will spend the duration of their lives (up to 30 years) in these conditions, outgrowing their cages, unable to move or stand with open wounds that can become infected. 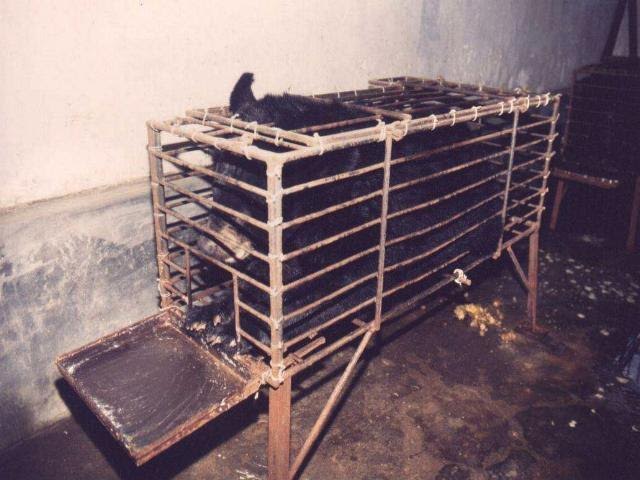 Thankfully, due to the work of animal welfare organisations, several countries have now banned the practice of bear bile farming and herbal and synthetic alternatives have reduced product demand. Whilst it is illegal to farm bears for their bile in some regions, animal organisations continue to face the challenge of rescuing and rehabilitating bears after their confiscation by authorities. At present, it is estimated that more than 10, 000 bears continue to exist in bear bile farms across Asia. Here, we follow the journey of one such moon bear:

Told through the eyes of a moon bear, this short story explores the bear bile farming industry and the importance of sanctuaries for the moon and sun bears recovering from trauma.

When I met you

I was ever so tired when you came. I remember my eyelids were heavy, my entire body ached, and the world had felt hazy for so long. There was a dripping sound, it lasted for days at first, then it went on for years. The smell in the air was damp, my mouth was dry, always dry, how I longed to taste that rainwater drip.

From my stunted view, I think I knew where the drip was coming from. The corrugated roof had worn over the years and it slanted down into a corner of matted rust where my eyes could not follow. When I first came here the roof was not as damaged, the window used to let in light before it became overgrown with weeds and smeared with years of grime and dirt. Now I look at that same window, day in and day out. I see myself in that window. Maybe I am but an object in the room, with my rusted side and my drip drip drip.

When I met Làm 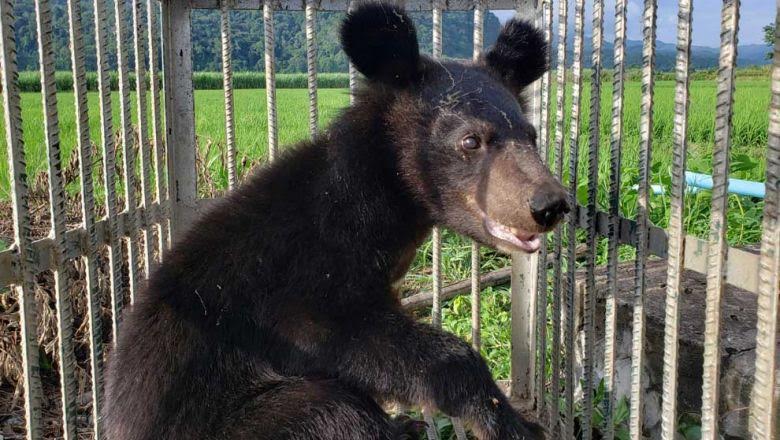 When I first arrived here, I could move, for I was smaller then. I could see the room from all directions, I could turn and sit and stand and peer into the darkness. I could see the door through which I had come, I could peer out the window longing to leave, I could trace the lines of the ever so slanted tin roof. I could also see someone else in here with me. With me in shared experience yet apart from me physically.

I would not have even noticed Làm at first if it were not for the smell. His large presence was but a mere shadow in the space, unmoving, unspeaking, he was indeed an object of the room as much as the metalwork that surrounded him, for the frame of his cage bit into the frame of his emaciated body. No longer was it possible to see where the cage ended, and the bear began.

The hope had already left his eyes by the time I came to sit beside him, where my cage was placed. Over the years his presence comforted me, though our eyes never met. He could not turn to see me as I could turn to see him. How I longed for eye contact, for touch and comfort in those early days. The days when I was small enough to move in my cage, to become restless, before the haze of time washed over me and all stood still.

When I met them

It all started with one snare. I remember my foo 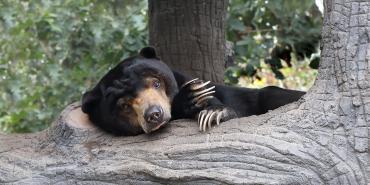 t ached for months after it was wrenched from that trap. Isn’t it funny, my initial reaction to the removal of the snare was relief, I even felt thankful to the humans who found me. But they did not set me free, instead, they set a blade into my side and a pipe into the wound it left behind.

Then they set me in a small metal cage where I could do little but look to Làm. Until one day, I don’t know exactly when, but I found myself unable to gaze upon him. Without my noticing my body had started to fill this meagre space, no longer could I turn, no longer could I stand.

One day, sometime after that, I woke to feel a hollow emptiness inside me. But this pain did not come from the catheter lodged in my side, nor the drip drip drip of my bile leaving my body. No, this feeling came from much deeper, a feeling of dread, of being alone in this hazy world of nothing.

I think that was the moment it happened because a day or so later Làm’s crumpled body was removed from his exoskeleton, two humans carried him past that dirty window with the weeds creeping into view. I never saw him again. At that moment I became him. My body had replaced his, pressed up against this metal frame, a mere object in the room, just another shadow.

When I met you

I was ever so tired when you came. I remember my eyelids were heavy, my entire body ached, the world had felt hazy for so long. My mouth was dry, always dry, how I longed to taste that…water, I tasted water! My eyes became fierce at that moment, not only did I drink but I gazed up at you and our eyes met, no longer a mere object of the room, I saw you and you saw me. I will never forget that encounter, though the proceeding days are blurry. A blur of rapid movement, hushed voices with urgent tones, and a long journey to my forever home, to the safety of the sanctuary. 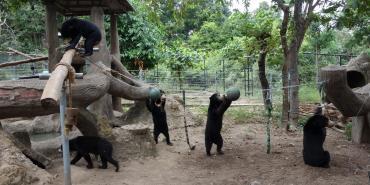 Now I live in peace, free from the cage which confined me. My wound in my side scarred quickly, it does not bother me anymore. Yet the scars in my mind are more problematic. Though my journey of recovery will be long, so too are the days which I share in the sunshine with others like me, who were rescued from the torture of bear bile farming. Gone is the rust and the dirt and the grime, gone is the drip drip drip. I will never forget the day I emerged from the shadows of that place, the day I became more than an object.

Now I am somewhere safe. Here we lounge, we rest, we recover, and whilst we still dream nightmarish memories, we wake to the sun and the rain dappling our fur. We enjoy the warmth of nourishing food and water in our bodies, and we soak up the care and comfort from those around us. Here, they call me Miễn phí, they tell me it means “free”.