It’s no secret that we are living in a critical turning point for the world and human existence. If we fail to act on climate change, we may find ourselves in dire circumstances that threaten our livelihood and the environment we live in. Protests from school-aged children around the world are prompting politicians and major companies to implement stricter environmental policies and stop the use of fossil fuels. It can be scary to think that this is the generation who will have to face the consequences of decisions made before their time. Decisions that impact their health, wellbeing and quality of life on planet earth. 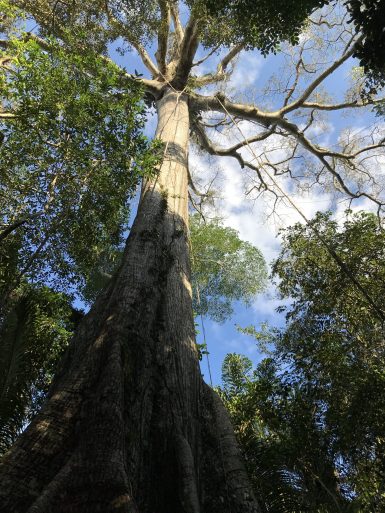 The Climate Psychology Alliance recently reported an increase in anxiety and depression in both the United States and United Kingdom. Knowing that our future is unknown can be scary, and for some, crippling. The rise in this common feeling has been coined by some as “eco-anxiety”.  A “chronic fear of environmental doom” is how The American Psychological Association defines this. Climate change can cause disasters, including but not limited to, flooding, food insecurity and severe weather patterns – which are all quite fearful in nature. Anxiety is often associated or based on fear. As we begin to experience and witness climate change manifesting itself around the world, more and more people are becoming fearful and therefore anxious. Big ecological disasters can also lead people, particularly those directly affected, with a sense of loss and sadness – feelings that arise with depression.

In both anxiety and depression, a sense of helplessness is often present. As climate change is a large-scale issue, affecting everyone and everything on the planet, it’s quite easy to feel as though you, yourself, won’t be able to make a difference. Though political heads and large corporations may hold more power and are responsible for the majority of greenhouse gas emissions warming our planet, there is a lot that every individual can do to move us toward a more sustainable world. In fact, thinking as though your efforts don’t matter to the world, is completely counter intuitive. Changing your behavior, even just a little bit, is what will ultimately help to mitigate climate change. Plus, by doing your part to be environmentally conscious, you are more likely to feel less anxious and/or depressed. Taking action, be it a small step or large undertaking, has been proven to relieve symptoms of depression, reduce stress, and boost your mood.

Take these next few examples as proof that a little can go a long way. 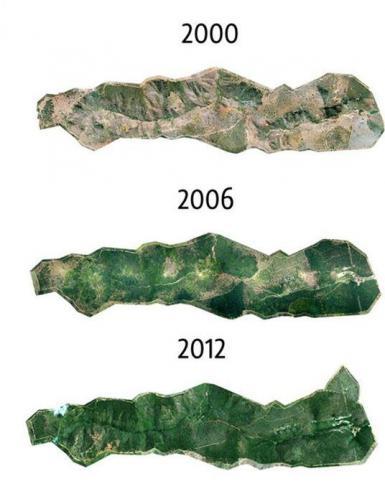 Brazilian photographer Sebastião Salgado and his wife Lélia Deluiz Wanick Salgado have gone viral for their work to reforest the area around their home in Brazil. After travelling for some time and returning back to their home, the couple was shocked by the deforestation and barren land that they previously knew to be a tropical rainforest. They immediately began to replant the area, tree by tree, and ensured that only native species were used to attract wildlife. Over 20 years, the couple has brought the area back to life and was able to rebuild an entire ecosystem from scratch. In total, the reforestation has attracted 172 bird species, as well as 33 species of mammals, 293 species of plants, 15 species of reptiles and 15 species of amphibians.

In India, Afroz Shah, a lawyer and local community activist, has taken action to bring back the hatching of Olive Ridley Sea Turtles to a beach in Mumbai. It had been over 20 years since the turtles decided to nest on the beach. He was told that it was too big of an undertaking and that it would be impossible to bring the turtles back to the beach. Over five feet of garbage lined the shore, preventing any wildlife from creating habitats. However, Afrozpersisted and, with the help of his community, was able to clean up 11,684,500 pounds of trash. Once again proving that the work of one individual can inspire others and amount to significant change. And if you think about it, it took many individuals to create the plastic and trash that littered the shore in the first place.

Climate change is undoubtedly scary and can provoke feelings of anxiety and depression. I think that it’s important to address these feelings and channel them into action so that we can prevent further environmental disaster. Whenever I begin to feel bogged down by the dire situation of our planet, I like to remind myself that every bit counts. The decisions you make, and how you carry yourself, are seen and reflected in others. There’s a story by Michael Nicoll Yahgulanaas, called The Little Hummingbird that embodies this concept. Based on the folktale by the Quechuan people of South America, the hummingbird acts a symbol of wisdom and courage when a forest fire threatens to take over her home. Unlike the other animals who feel there’s no point in trying, the hummingbird seeks to put out the fire drop by drop from her small beak. In the story, the hummingbird claims that she’s doing what she can, and that it is better to try than to do nothing at all. 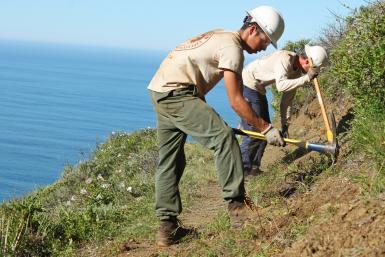 In looking to “do what you can”, WorkingAbroad provides opportunities to make a difference and take action for nature and society. Joining volunteer projects such as the Reforestation Volunteer Project in Iceland or Conservation Volunteer Projects in either California or Spain are all ways in which you can begin making a positive impact on the environment. Each of these opportunities will allow for hands on experience to support and learn about ecological restoration. The more individuals who come together, the bigger the impact we can make. Putting yourself out there and taking a chance to learn and experience more about our world will help you to become informed and, in turn, inspire others to do what they can as well.