Within a blur of many news reports, press releases and journal articles, it’s clear we’re in the midst of a turning point- climate change is not going away. In fact, as last year’s “special report” published by the UN points out, human-caused warming of the Earth needs even more attention- and fast.

But, naturally, there’s a deeper issue that lies in the politically-charged problem of climate change, one that takes us past perplexity, paradox and absurdity: when it comes to taking a stand against environmental injustices, many have died trying.

It’s no secret that pursuing on-the-ground activism can come at a cost. Chaos, violence and death have been known to occur during political protests, regardless of whether the initial intent was to remain peaceful or not. However, environmental activism, arguably one of the most needed forms of its kind, is now considered by many as the most dangerous. 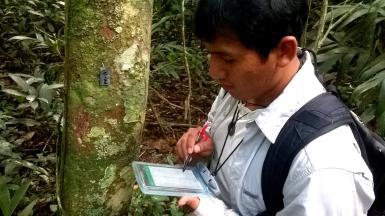 In a 2018 report released by Global Witness, an international NGO focusing on human and environmental rights, the organization’s figures show over 200 “environmental defenders” were killed across 22 countries in 2017- their deadliest year on record.

Especially grim numbers appeared for countries such as Brazil, Mexico and the Philippines, while agribusiness was labeled as the “bloodiest industry”, with over 40 murders linked to the sector that year.

Global Witness says environmental activists face “specific and heightened risks”, as there’s often little legal protection given to the particular type of advocacy. Those who wish to take action against environmental injustices are, in many cases, putting their lives on the line for the sake of the world’s future.

Many, if not all, environmental injustices revolve around anthropogenic ecocide, the excessive destruction of the natural environment by humans. Anthropogenic ecocide is so deep and vast some have suggested it be criminalized, with the idea dating back decades. Examples of ecocide include air pollution, water pollution and deforestation, to name only a few.

And yet, instead of those in power taking swift and concrete action to eradicate ecocide, others are dying as a result of trying to do it themselves.

This is not to say we can put an end to environmental issues overnight- we can’t. It will take time, effort, patience and, most importantly, personal, governmental and corporate accountability. The root of environmental issues is, at least in part, interconnectedness. Raising awareness of the unjust treatment of those across the globe would be a prudent (and compassionate) step in the right direction.

There will likely always be hardship when it comes to carrying out any form of activism- it’s a conscious form of resistance, often against extraordinarily dominant forces in society. However, when it comes to environmental activism, the irony is so ridiculously clear- the fight against a problem affecting every being on this planet is rapidly becoming one of the most unsafe to partake in.

Although risk lingers, determination frequently outweighs the prospect of danger for those who’ve joined the fight.

“Despite the odds they face, the global community of land and environmental defenders is not going away – it’s only getting stronger,” a recent Global Witness press release said.

“We will be watching to ensure that defenders, their land, and the environment we all depend on are properly protected…[w]e invite consumers to join us.”

Our lives are already at risk because of environmental issues. They shouldn’t be when we’re trying to put a stop to them.

To find out more about how you can volunteer to support environmental conservation around the world, please click here.

9 of the best volunteering projects to join today

Get summer 2021 started in the best way possible and have the experience of a lifetime whilst providing vital environmental and species-specific support with these top 9 volunteering projects you can join today!

Nepal: It’s Not All About Everest!

Home to eight out of ten of the world’s tallest mountains including the world’s highest peak, it is unsurprising that most people’s first thought when planning to travel Nepal is: Everest. In spite of the behemoth shadow cast by Everest on Nepal’s tourist industry, I managed to travel the length and breadth of Nepal without […]

The Problem with Plastics

For the first time ever, human-made materials, including plastics, have exceeded the weight of all living things. There is now twice as much plastic on the planet as there are animals. The time for change is well overdue. The world may well be approaching an irreversible tipping point when it comes to plastic pollution – […]