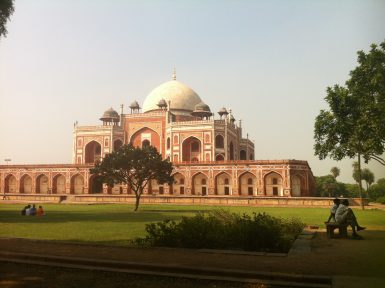 Delhi’s dangerous smog levels have hit the headlines again recently as the city’s air quality index (AQI) peaked to an all-time high of 1000. To put that into context, the World Health Organization considers levels of 0-50 to be safe.

While Delhi’s air quality is never great, it tends to hover in the “moderate” (AQI 101-200) range between the months of January to September. Then, as soon as October rolls around, it shoots up to dangerously high levels, which usually last for 3 to 4 months.

Lots of factors contribute to this increased ‘winter smog’, but experts put a lot of the blame on the burning of something called ‘crop stubble’, which is basically the leftover loose straw left by combine harvesters in rice fields. Although the Indian government has made it illegal to dispose of the crop stubble by burning, farmers in the areas surrounding Delhi, like Punjab, Haryana, Rajasthan and Uttar Pradesh, argue that they simply can’t afford to dispose of it any other way.

The smoke from these farms, along with so many motor vehicles pumping out harmful emissions, plus the common Indian practice of burning rubbish in the streets, all contribute to the rise in air pollution. The cool and dry winter air simply acts as a catalyst, trapping the pollution over the city.

The results of these high levels of pollution are scary. The smog becomes a thick grey blanket that people are constantly breathing in. Some experts warn that a day of ingesting these toxic fumes is the equivalent of smoking 50 cigarettes.

I visited Delhi at the start of January 2019, at a time when the very worst of the smog was supposedly over. Shockingly, there was still a thick visible layer in the air; I could actually taste it. After just one day of sightseeing, I had frequent headaches and a sore throat, which only subsided after I left the city 4 days later. For those residents who live here all year round, their reality is much more serious. 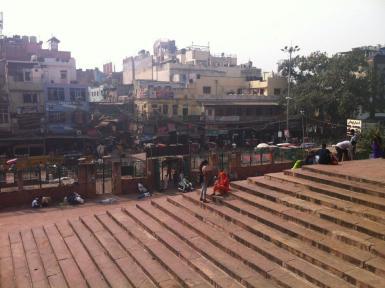 The World Health Organization reports that globally, up to 4.2 million people die every year as a result of exposure to air pollution. Many of these people are in cities like Delhi. This toxic smog is causing chronic lung diseases, lung cancer, heart attacks, strokes and a whole host of other terrifying consequences.

The government has declared a public health emergency, and has introduced immediate measures to try and counteract the poor air quality. The beginning of November 2019 saw schools shut down for several days, with fears for children’s health as they made their way to and from classes. When the schools reopened, 5 million masks were delivered to children and their parents.

The city is also operating a scheme where only vehicles with odd or even-numbered license plates can drive on alternating days. This theoretically cuts the traffic by half.

Along with this, all construction in the city was temporarily put on hold, people are being urged to work from home where possible, and the use of fireworks has been banned.

For Delhi’s desperate smog problem to be truly tackled, the government needs to impose much stricter penalties for those breaking the rules, and provide alternative waste disposal methods for both farmers and city dwellers. These methods need to be made cheap and accessible to all, so that there is never a situation where people have to choose harmful burning over proper waste management.

Only with these changes will Delhi, and cities like it, have hope for a future of clean, safe air.

To find out more about India and the volunteer projects available there, please click here.