Following their matriarch through the forests, vegetation crunches underfoot and trees are brushed aside as new paths are effortlessly created.

Asian elephants are the largest land mammals on the continent, with their range extending across 13 countries. Centuries ago, much of the land that we call modern-day Laos was known as Lan Xang, which translates to “land of a million elephants”, though these days Laos is home to only 800 Asian elephants – half of which are in captivity. 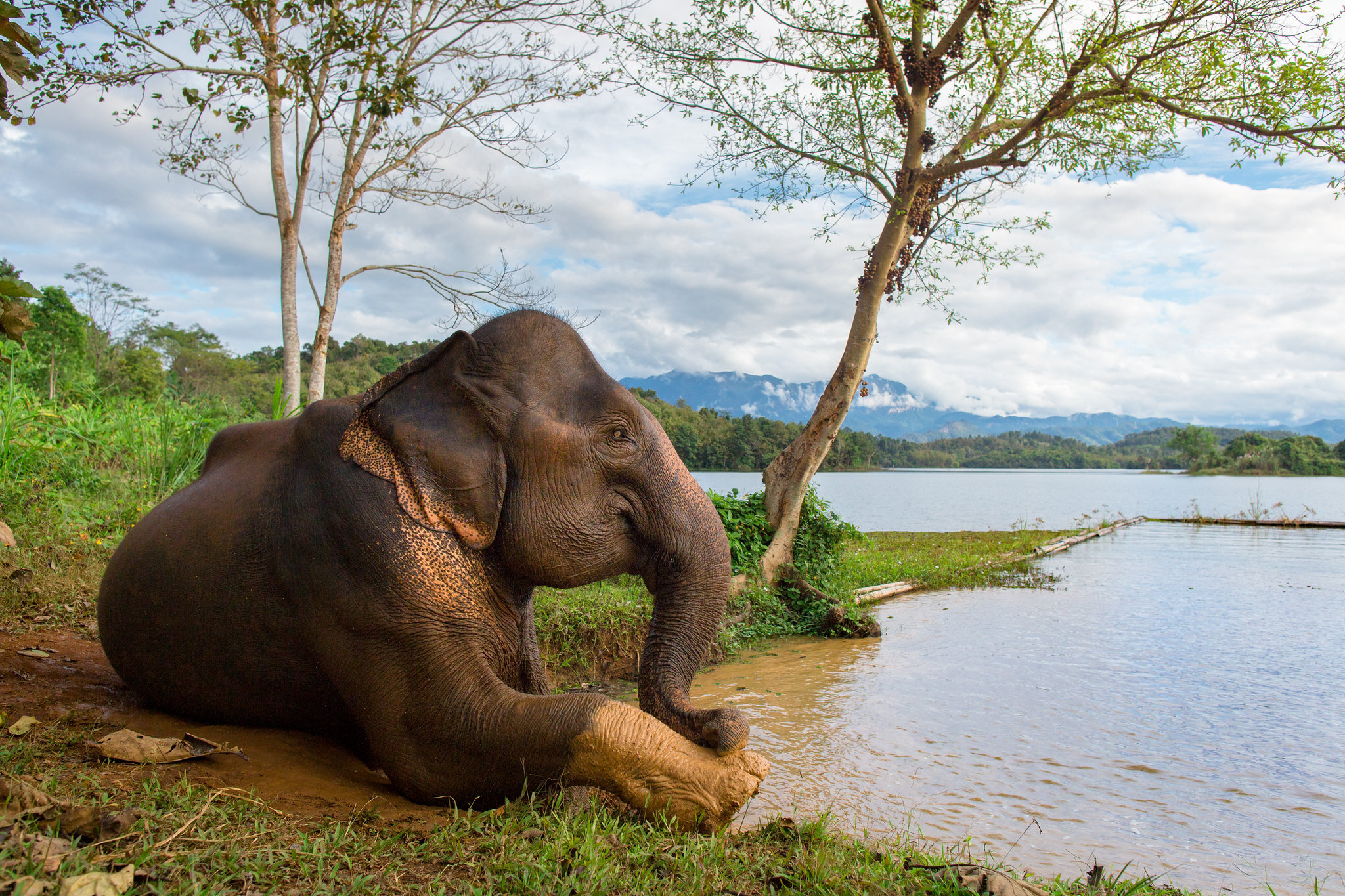 Elephants play a key role in the habitats and ecosystems that they live in, from the dispersal of germinating seeds to maintaining grasslands and so much more.

As they browse their way through forests, they create gaps in the often-thick vegetation, giving different plants the opportunity to flourish and promote forest regeneration. Trampling plants and pushing down trees create clearings that give lower-lying plants more of a chance in this highly competitive world. Encouraging greater biodiversity supports the birds, insects and mammals that live in tropical forests and rely on a diverse range of plants to survive while also providing new niches for other organisms to inhabit.

They are also key in dispersing seeds far across their range and depositing them in a heap of fertiliser, gaining them the nickname the mega-gardeners of the forest. Many plants are particularly reliant on elephants or other mammals for their success. Dillenia indica for one, the elephant apple tree, gains its name from how popular it is among wild elephants.

An icon in crisis

The elephants in captivity face very different challenges than those in the wild. A high proportion of captive elephants are fed unhealthy, nutrient-poor diets which lead to increased illness, and injuries when they’re forced to work in poor conditions in tourism camps. Numbers dwindle even further as the owners have little incentive to allow breeding – who would want one of their female elephants out of the game for up to four years? Breeding is even less likely as males tend not to be kept; they can be more unpredictable and aggressive that females. 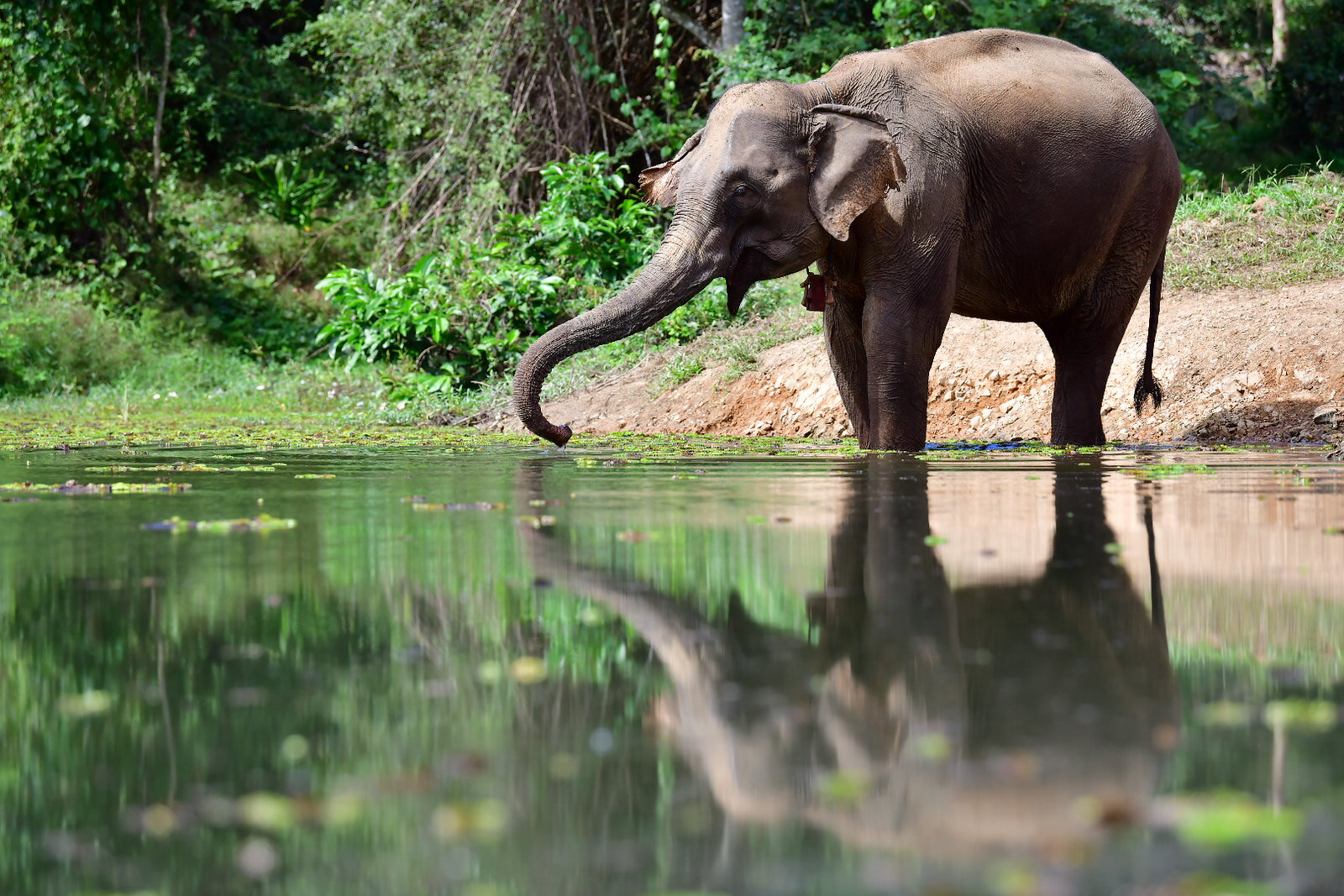 While for wild elephants, deforestation is one of the key issues. High timber demand in Vietnam and China has led to a decrease from 70% forest cover to only around 40% since the 1960s. As the forest and their habitat fragment, their normal migration patterns are disrupted, and they find themselves in increased conflict with humans.

Wild elephants aren’t overly picky about what they eat, and when they leave the forest and travel into crops like sugarcane or bananas, these are easy pickings. Compounded by damage to infrastructure, the locals can become very unhappy and can even lead to aggressive or violent acts to protect their land and buildings.

Poaching remains a big threat, with demand for skin and ivory for traditional medicines in places like China and Myanmar staying high. In fact, the ivory trade in Laos is the fastest growing in the world.

In fact, some sources state that if current trajectories continue, there will be no elephants left in Laos by 2030, now less than a decade away. 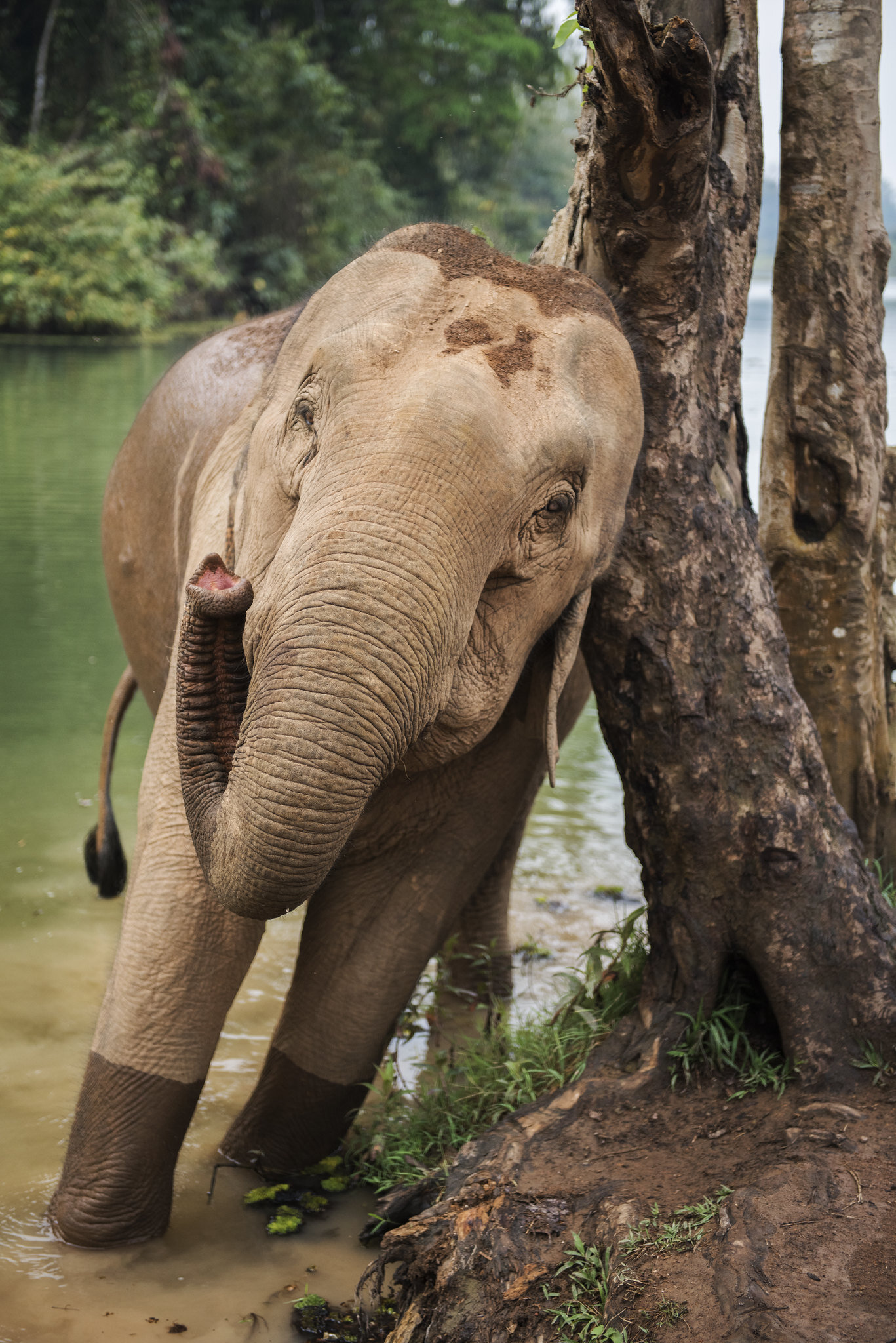 Despite being cultural icons, stories of their mistreatment are rife making sanctuary programmes a lifeline to them across the continent. They’re often exhausted from being forced to take part in the logging industry, dragging along the trees that would have once made up their very homes, or from being ridden by tourists that are unaware of how they’re supporting their exploitation.

This is where the Laos Elephant Volunteer Project sanctuary comes in. Over 500 hectares of untouched tropical forests provide a safe space for the elephants to recover and recoup away from the hustle and bustle of busy tourist areas, while also acting as a nursery for females that are waiting to give birth. Here they have full freedom to express (and often rediscover) their normal patterns of behaviour, from foraging and digging to bathing in the inviting and tranquil lake that can be found in the reserve.

They are incredibly social creatures, forming groups of up to 7 related females in the wild led by the eldest – the matriarch. The sanctuary offers an environment where elephants can interact with and form relationships with each other.

With the ultimate goal of increasing the number of wild elephants in a well-protected environment, the team also offer health care on both a preventative and restorative basis.

How you can get involved

The Laos elephant sanctuary offers visitors the opportunity to see these gentle and majestic creatures in an ethical way through the Laos Elephant Volunteer Project.

There are four different options for the length of stay; the main volunteering programme is for seven days, while shorter-term eco-tourism projects are two, three or four days long. No matter the length of your stay, your visit to the idyllic reserve contributes to and supports the team’s vital work. 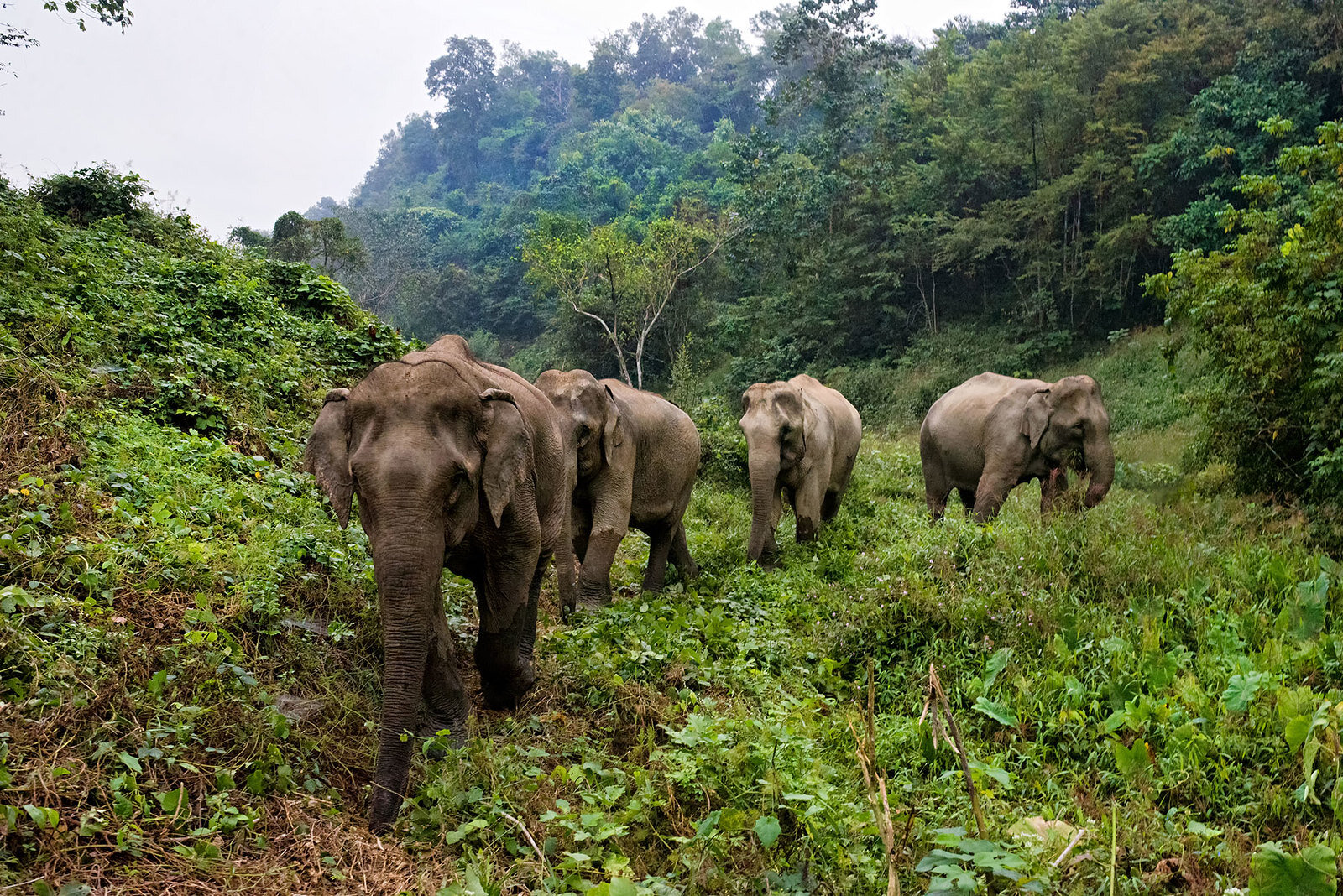 Learn more about these iconic animals while helping to maintain their safe haven – this can be anything from painting and construction to gardening. Learn about each elephant from the experienced and passionate mahouts and spend tie recording their behaviour to understand them better.

As well as enriching their habitat, the sanctuary produces elephant dung paper in the rainy season, which is then used for their own printed materials. More than two-thirds of the elephant’s days are dedicated to eating, feeding on mainly grasses, tree roots, leaves and bark with a smattering of crops like sugarcane and bananas. This translates into a lot of dung – around 220 pounds a day! Up to 40% of elephant dung is cellulose fibres, which can make over 100 sheets of paper –  that’s a lot of paper.

In addition to supporting the sanctuary team and the elephants that call it home, joining the elephant sanctuary project also gives you the opportunity to take a breather from a fast-paced way of living, immerse yourself in nature and experience the wonders that nature offers.

So, what are you waiting for? Start planning your adventure to ‘the land of a million elephants’ today!