Resilience is a word that comes to mind when considering the longevity and adaptability of Indigenous People. Their inherent practice of harmonious balance with nature and their surroundings leads to an ideal of plentiful and flourishing biodiversity, forests and natural landscapes. At least one quarter, or 55 trillion metric tonnes, of tropical forest carbon, is stored within the protected land of Indigenous nations. That of which enormously helps regulate average global temperature and works adamantly to prevent large climate catastrophes.

Aboriginal Australians can teach us about wildfires

Over recent years, wildfires have been prominent in headlines and have created mass destruction in some of the warmest regions on planet earth. Wildfires in the Western U.S. alone, in the decade through 2012, have increased by as much as 450 per cent and burned 930 per cent more than the 1970s and 1980s. Bush Fire Front, an organisation of bushfire specialists, suggest Aboriginal People of Australia are naturally innovative inland and bushfire management, and therefore proficient in the prevention of catastrophic bushfires. Bush Fire Front encourage that if these techniques were used on a larger or more global scale, a preventative approach to wildfires could be established.

Australian Academic Historian, Bill Gammage (2011) shifted contemporary attitudes of Australia’s First People, calling pre-European Australia ‘the biggest estate on Earth.’. The wisdom of Aboriginal Australians sustained many lives within their community, gifting them a comfortable lifestyle and land of generous biodiversity. Gammage spent over ten years establishing ‘the intelligence, skill and inherited knowledge’ of Aboriginal Australians, including that of their land management ingenuity.

Management of the land quoted as being sustainable, abundant, convenient and predictable, even in the driest, the most fire-prone continent on the earth. Gammage further highlighted that caring for the environment is a necessity of theological and philosophical means, where it should be obligatory under law, for land and sea to be protected. Therefore recognising that the dismissed cultural knowledge and the prevailing unheard voice of Aboriginal Australians is a hugely vital missing piece of the puzzle to forging a future of sustainable philosophies.

The way in which Native Americans have been forced to adapt to Colonial models, as well as their long-standing cultural expertise, should also be largely considered by modern sustainability movements and policymakers. Native Tribes focus inherently on the long- term good of a community, regarding the wellbeing of up to seven generations into the future. Native nations have adamantly pressured the practices of fishing harvest and the dangerous effects of dam construction, ever since an attack on over 10,000 abundant years of rich fishing opportunities, of which had diminished due to Western economic interests. The Swinomish Indian Tribal Community were vital leaders in the restoration of the salmon habitat, proving the expertise of their environmental planning and the vital need for their voice in global climate justice. 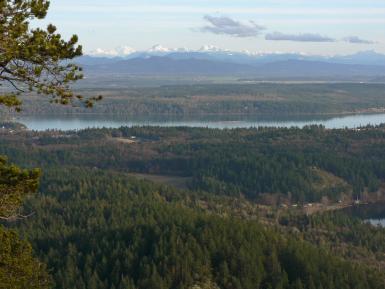 The Swinomish Reservation has maintained and sustainably managed an abounding selection of saltwater fish, marine mammals and upland resources for tens of thousands of years, through a refined total of ancestral wisdom and contemporary scientific knowledge. Their culturally inherited ambition persists for them to connect to, protect and restore the natural environment and to safeguard their community and culture. This is reflected in their Department of Environmental Protection’s mission statement, ‘To protect and restore the natural environment, and the health and welfare of the Swinomish Indian Tribal Community for present and future generations.’

The Swinomish Tribal Community, who refer to themselves as the ‘People of the Salmon’, naturally inspire when it comes to environmental management, with various restorative programmes, one of which increased Nooksack herd populations from 300 to over double that amount. This conservation success was achieved by adamantly setting strict hunting regulations, with focus on the protection of wild game populations and ensuring plentiful herds, to benefit the body and spirit of all people and the wellbeing of their reservation’s ecology.

Currently, the model of living worldwide is wholly unsustainable, with an abundance of unrealistic expectations leading to ultimate resource exploitation, as well as a focus solely on economic growth. In the UK alone, WRAP estimated in 2020 that annual food waste was 9.5 million tonnes a year, costing over £19 billion and creating a massive 25 million tonnes of harmful greenhouse gases.

However, Native Americans and many other Indigenous People, understand the importance of using every resource they collect and harvest, and how vital it is to create as little waste as humanly possible. Once again providing solutions to the flaws of an unsustainable model, Indigenous People are the original leaders fighting not only for their land and their environments but the collective communities. With all this ancestral knowledge, the world is in need of the intelligence of Indigenous voices sooner rather than later, to protect the future of our lives on earth and the prosperity of all that is living.

Photo: Fidalgo Island 32034, by Walter Siegmund, is licensed with CC BY 2.5. To view a copy of this license, visit here.