“These are my golden years; you think I’m about to waste them?”

At the time I didn’t quite comprehend the perspective of this braless, yet charming woman perched to the left of me. However, there was something enigmatic about her lust for life amid all this death. 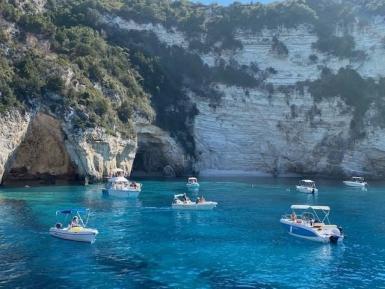 I boarded the boat that day feeling somewhat apprehensive, with a memory scarred by the tribulations of sailing in Croatia at the forefront of my mind; (this specific ordeal left one of my closest friends emerging from a toilet resembling something from the exorcist). However, the Grecian water looked dazzling and the entire day was non-refundable – so there was absolutely no room for jumping ship!

To many, the idea of travel during a pandemic seems insane, and rightly so. Yet sat on a boat somewhere between Corfu and Paxos, with an awkward tan developing around my face mask, I had an unlikely encounter that challenged my outlook on life.

If I were to have closed my eyes during our conversation, I would have envisioned a cultured university graduate with a considerable trust fund and a smoking habit.  However, stretched before me in a somewhat undignified manner reclined a 73-year-old florist from the Isle of White. The nonchalant way in which this woman spoke of solo travel across the globe was so unbridled by the weight of conventional thinking that it drew the attention of a small crowd to the top deck.

“I haven’t got a lot of time left so I will spend it where I want when I want. I’m not scared of doing things, I never have been, and I won’t be now.”

Doubtless, her subsequent condemnation of travel restrictions would have resulted in a firm scolding had a health professional been on board at the time. Yet, her determination to wring every morsel of enjoyment from life was nothing short of inspirational. 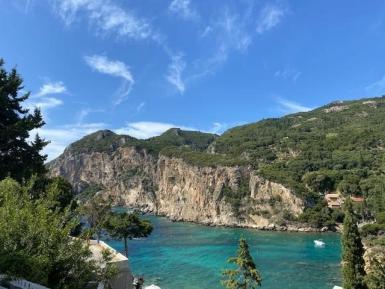 I have always suppressed my desire to travel alone, perhaps due to my perception of vulnerability as a young woman in a foreign country. However, I do not believe that my ingrained paranoia regarding solo travel is of my own doing. I would argue that it is the natural disposition of anyone in my circumstances as a result of the mass media’s fear-mongering tactics when reporting on tragic tales of female travellers. In doing so they are able to maintain the cycle of suppression women are subjected to and have us believing for ourselves that the outside world is a dangerous place without a man to protect you.

A global study conducted by the United Nations Office on Drugs and Crime highlights that “More than a third (30,000) of the women intentionally killed in 2017 were killed by their current or former intimate partner ̶ someone they would normally expect to trust.” Furthermore, there remains no evidence to support the dominant narrative suggesting solo travel is more dangerous than travelling with others.

This chance meeting has taught me to reject the fear society instils in women and challenge the stereotypes of us as weak and frail. For this enchanting lady, with her unkempt silver hair and tangerine leather skin, was, medically speaking, extremely vulnerable to COVID-19 yet she refused to let this fear suppress her appetite for life.

To experience true adventure in the way she had, without the confines of an itinerary or the mandatory museum tour; to immerse yourself within the culture and history of distant lands. That was everything I wanted and more.

There will always be a reason not to do something if you look hard enough. And, despite a global pandemic being an admittedly rather substantial reason, in a few years there will be something else that may stop you. So, let this heroine serve as an inspiration to all who feel like it’s too dangerous, or you couldn’t do it alone. Because you can. It is never too late to live.