Like many people living in Canada, and specifically the City of Toronto, I come from a family of immigrants. In 1966, my grandparents along with my dad and uncle moved from Italy to Toronto, Canada. During the 1960s and 1970s, there was a large surge of immigration to Canada as people searched for job prosperity and a better quality of life. Canada was a popular choice in the early 1960s because of the major amendments made to Canada’s immigration legislation and regulations. By 1971, there were approximately 3,295,530 immigrants living in Canada; accounting for over 15% of the country’s population. Moving to a new country with limited education and little money in their pockets meant that my grandparents had to rely on living sustainably to make ends meet. Though economic prosperity may have been the driving factor behind their environmentalism, I’ve noticed that their generation holds a true respect for mother nature and all it provides to us. Nothing is wasted and everything serves a purpose. They live by the principle of “use it up, wear it out, make it do”.

As the world’s climate change crisis becomes increasingly apparent, it’s created a growing trend to adopt a more sustainable lifestyle. People across the world are changing their diets to become plant-based, trying to use less single-use plastic and thinking twice about the kinds of clothes they buy to avoid fast fashion. However, I think we could all learn a lesson or two on how to live sustainably according to my immigrant grandparents. 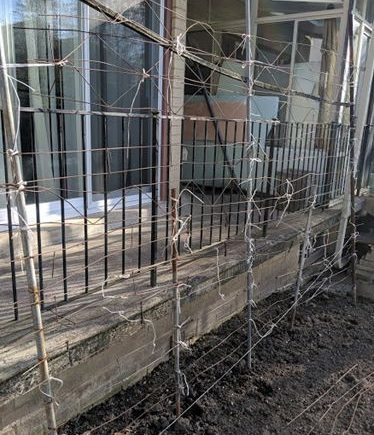 Having been raised to live a minimalist lifestyle, they understand the concept of reducing and reusing. Rifling through my grandparent’s fridge you’ll come across multiple yoghurt or cheese containers that hold anything but those food items. It’s not uncommon to find a leftover meal inside an old margarine tub. Or maybe, you’ll see a jar that previously held olives, now full of tomato sauce. The possibilities of combinations are endless. The important takeaway here is that there are so many ways for us to repurpose what we already have and reduce our overall consumption. Old towels can be used as rags, worn-out shirts can be made into handkerchiefs and bent hangers can become plant stakes. A pair of Crocs that were outgrown by one of my cousins have now become my grandmother’s favourite gardening shoes.

I think that too often we overlook our everyday household items without considering the multiple purposes they could serve. It’s become easier to throw something out than to determine a new function for it. This mindset needs to change so that we can stop replacing and start creating longer life-cycles for what we already possess. We can learn from my grandparents and challenge ourselves to think outside the intended purpose for many common household items. Borrowing and reusing can help us to cut down on the waste we create. 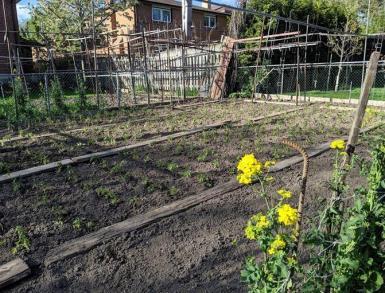 The other area where my grandparents exemplify a sustainable lifestyle is through their garden. Tucked behind a city home, just north of downtown Toronto, you will find what can only be described as a makeshift farm. Every year my grandparents grow enough tomatoes to end up making hundreds of jarred tomato sauce. On top of that, there’s more than enough left over to make fresh salads and other dishes to enjoy all summer long. They’ve managed to grow a fig tree, apricot tree, apple tree, cherry tree and a pear tree, all bearing sweet fruit that somehow can’t compare to the grocery store. Beans grow in upward vines, held up by reused string and rods to keep them stable. Zucchini, Swiss chard, lettuce and cucumber grow in such abundance it’s hard to know what to do with them. In some instances, we’ve had to freeze vegetables because we just couldn’t consume them in time. This too is a lesson to adopt for sustaining and prolonging the life of food into other seasons.

What’s most remarkable about my grandparents’ garden, is not that it somehow thrives through Canada’s harsh and sometimes unpredictable weather, but that it is fully fueled through their own compost. Egg shells, vegetable peels and coffee grounds seem to make the perfect recipe for a fruitful garden. At the end of each month my grandparents barely fill a garbage bag to throw to the curb because the majority of their waste goes back into the earth. Plus, there’s less to buy when you’re growing everything you need. Of course, underlying this sustainable cycle is the cost advantages of providing for oneself. But there is still something to be said about the environmental benefits of being self-sustaining. 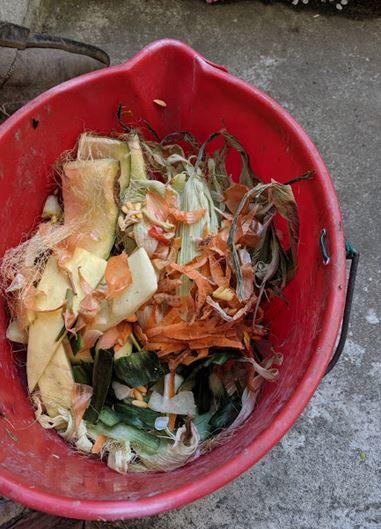 In protecting their garden from bugs or animals, my grandparents take a natural approach. My Nonna, or grandmother, loves to boast that her food has “no medicina”. By this, she means her garden is free from the pesticides or chemicals often found in grocery store products that can be harmful to the environment – and our health. Old netting, fences and ropes are all that is used to keep animals at bay. In terms of bugs, my grandparents live by the philosophy that they mean no harm. If there’s a bug found on your peach in the summer, they claim that it’s a good sign and the fruit is full of nutrients. The lesson here is that we shouldn’t be so afraid of imperfect fruits and vegetables – a bruised or bug-bitten area can always be removed. There’s no need to waste the whole piece of food!

Now, as a millennial growing up in an urban city with a full-time office job, I recognize that the way my grandparents live is not necessarily easy or even possible for many of us. However, observing their lifestyle and low carbon foot-print has helped to at least inspire me to think twice about what I throw out, or consume. I understand that we’re constantly being told to buy new, replace and keep up with the latest trends. But, there’s an opportunity to slow down our consumption, get creative with reusing and incorporate self-sustaining practices into our everyday life. I believe my immigrant grandparents, and others a part of their generation, exemplify a more sustainable way of life that we, as the generation who will have to fight climate change, can work to adopt.