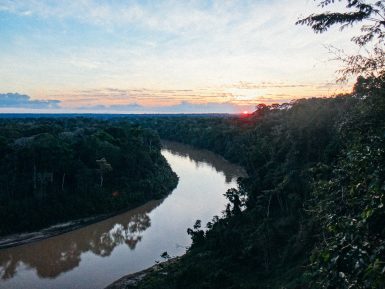 Earlier this year massive fires in the Amazon sparked outrage around the world and calls for quick and decisive action, something that didn’t happen as those fires are still burning while you read this. Part of the reason those fires continue to burn is that the Amazon covers multiple countries and while Brazil took much of the blames there are many other South American countries that also need to step up and do more. All too often fires, such those in the Amazon, gather a mass amount of attention before fading from public view. But what about Australia?

On the other side of the world in Australia there is another series of massive wildfires which have received much less attention than those in the Amazon.

The fires have been burning for over two months at this point and have caused massive devastation to a variety of habitats and areas in the country but have failed to capture the world in the same way that the Amazon fires did.

Why there is a significant lack of outrage compared between the two fires is unclear but the destruction on the ground isn’t. A variety of animals have been caught in the fires, most notably koala bears.

The Australian Koala Foundation estimates that over 1,000 koalas have been killed in the fires and as much as 80% of their habitat has been lost to the fires.

The AKF has even said the species may now be “functionally extinct,” although many other groups say this is not the case. It is entirely possible though that there are areas where koala bears will no longer be able to live due to the fires impact on their habitat.

A variety of animal hospitals Australia are seeing a major increase in the number of koalas brought in due to the fires and one, the Port Macquarie Koala Hospital, has set up a GoFundMe page to collect donations to help treat the injured animals.

On top of treating the animals the money will also be used as part of an effort to install drinking stations for koalas in areas that are affected by the fires and even to build what they call a “Koala Ark” as a sanctuary for burned koalas to live in while they recover before they are healthy enough to be returned to the wild.

Koalas and other wild animals aren’t the only affected animals though. Recently smoke from the fires has drifted into the city of Sydney creating scenes that would not be out of place in some sort of post-apocalyptic disaster movie as many took to social media platforms such as Twitter to share the eerie images.

The smoke has become so bad Sydney’s air quality level has been pushed well above hazardous levels, including at least once where it was 12 times above the official hazardous level.

Air quality of that level is usually only seen in developing countries such as India or China where emissions from factories create dangerous levels of pollution. 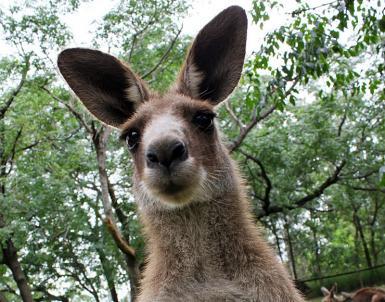 The high levels of smoke can cause serious respiratory problems and whenever the air quality from the fires reaches low levels there is a spike in the number of hospital admissions in the city.

The exact number of fires that are burning at any one time can be hard to pin down, but earlier this month NASA reported that the New South Wales Rural Fire Service said there were 116 fires burning in that province of Australia alone and 60 of those were uncontrolled.

NASA also says that smoke from the past two months of fires has now travelled halfway around the world.

The ocean around Sydney has even begun to wash up black liquid full of ash from the fires.

One Sydney resident named Andrew Thomas tweeted what life has become like in the city when the smoke gets intense saying;

“coughing in bed; choke on the smoky air. A Manly ferry emerges from the gloom. And a man wears a gas mask on the ferry. And this is a horrible new normal. #sydneysmoke”

Making the situation worse is the fact that Australia is experiencing a prolonged drought, which makes fighting the fires much harder and means that many of the affected areas are already dry when the fire arrives.

Australia’s prime minister, Scott Morrison, has attempted to play down any link between the fires and climate change, much to the criticism of a variety of environmental groups.

The environment minister for the New South Wales region, Matt Kean, disagrees entirely though and says that longer drier periods are what scientists have been warning about for years and climate change is to blame for the severity of the fires. 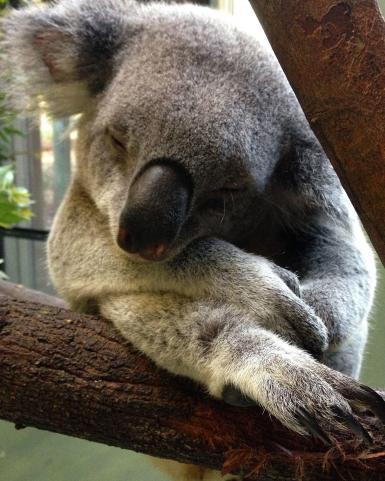 Australia’s forest fires aren’t the only ones this year that have been overlooked. In Indonesia, for example, fires this year cost the country $5.2 billion according to the World Bank. There were also large fires in Alaska this year, as well as Siberia.

In California this year alone nearly 7,000 separate fires have been recorded

As for Australia, there appears to be no real idea of when these fires may be put out but this is an issue that deserves much more attention that it’s currently getting from the international community at the moment.

The fires deserve much more attention than they are getting now though and one of the best ways to do that in the modern world is through sharing images and stories of the devastation on social media. Doing so can make others aware of the ongoing issue.

Another way you can help in a more hands on way is to volunteer or donate money to organisations such as the International Fund for Animal Welfare, which are working to help animals affected by the fires.