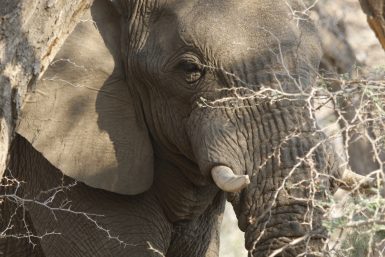 On 29th June, 2019 one of Namibia’s oldest desert elephants, Voortrekker, was culled. The price of his death? 120,000 Namibian dollars.

According to a Facebook post by MET Namibia (Ministry of Environment and Tourism), this bull was put down due to him being a ‘problem animal’. The evidence for this is presented in pictures; damaged fences, broken over-ground water pipes and obscure shots of a deceased cow. A justified hunt? It is hard to determine exactly what happened, but owing to the little explanation and evidence it seems the killing was overwhelmingly misjudged.

Voortrekker was the elder of  an inspiringly resilient herd of elephant bulls known as desert elephants. These mammals are not a unique species. What makes them special is their ability to adapt to the harsh climate through learnt behaviour. Their survival is not through genetic adaptation, but through a passing on of knowledge. During the 1980s they were driven out from their natural habitat and into the desert due to human expansion.

Leading up to the death of Voortrekker, complaints had arisen regarding a particular herd of elephants that were disrupting the land and communities of the Omatjete constituency. Voortrekker was part of the Ugab West population of bulls situated next to the Ugab river. On 24th June 2019, the concerned elephant conservation organisations urged MET officials not to hunt any elephants living in this area as these particular bulls do not cross into the Omatjete. Several online reports state the following from the Ugab Concerned Conservancies, including one from the NY Post:

“We understand that complaints have been received from communities living in the Omatjete area. The Ugab west population of desert elephants do not cross into those communities,”

Despite these concerns, a government appointed trophy hunter was still given the go-ahead. The question is: Why? 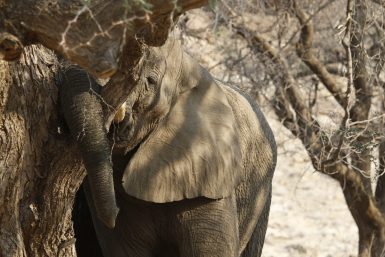 Trophy hunting is still legal in Namibia. If you go onto the MET Namibia’s website, you can fill out a hunting application form. There are even tourist sites promoting the ‘sport’. Although MET Namibia claim that the shooting was for the benefit and safety of the local community, there is not a definite answer as to where this $120,000 will go. Do these communities actually benefit?

A Sky News report from 2016 claims that trophy hunting actually aids the population of elephants in Namibia. By issuing a limited number of hunting permits a year, it restricts poachers from doing unregulated damage. A hunter from this report claims that they shoot the bulls because they love them.  Elephants are carefully selected if they are old, have finished breeding and are ‘ready to die.’ However, through careful observation and research, conservation organisations such as the Desert Elephant project have discovered that this is not the case. The males have a higher breeding age and generally don’t begin mating until age 30+. This allows for developed survival skills and intelligence that they are able to pass onto their offspring.

For a population of elephants that have already fought their battle against poachers, it is this that plays a vital role in the continued survival of their species. Not trophy hunting.

At WorkingAbroad, we were outraged to hear the news of Voortrekker. Vicky McNeil, our co-founder observed him three years ago on a trip to promote our Desert Elephant Volunteer Project in Namibia and to meet the volunteers.

“He was known as the gentle, peaceful elephant who always had a calming effect on the other elephants around him – they called him the Old Man.” Vicky says. “I am incredibly saddened by the news. He was a beautiful, impressive animal and will be sorely missed.”

“The shooting of Voortrekker comes as a total shock to The Desert Elephant Project and the communities where he roamed.  He was incredibly important as he was the main breeding bull and as the eldest bull he also played an important role in mentoring the younger bulls to ensure good behavior and knowledge.

The Desert Elephant Project stands behind the conservancies we assist in their objection to this hunt and their commitment to conserving their small population of desert adapted elephants.  The Desert Elephant Project is committed to providing all the help we can and extending our PEACE project to ensure everyone understands how to live safely with elephants and therefore accept their presence.”

The Desert Elephant Project’s official Facebook page has received hundreds of comments expressing the sorrow and outrage that has arisen since his shooting. Many who have seen and worked with the elephants recount first hand experiences of what it’s like to work with such amazing animals. 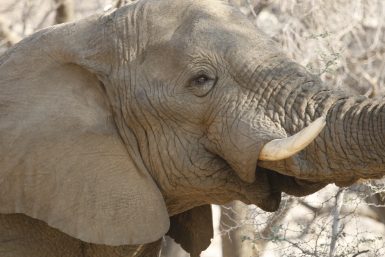 “It was amazing to be so close to the animals that people have described as dangerous. I felt very nervous but still amazed as I watched them. Then, after some time, I felt at peace as if I am one with them.We are still waiting for enquiries into this tragedy but it is clear that is has affected many people who knew him and beyond.” Otjiperongo teacher

Voortrekker was a legend – and still is – and it is hard to comprehend the motives behind his shooting.

If you are interested in taking part in the continued research and conservation of these wonderful creatures, please get in touch.