Si Mangia Bene in Italia – You Eat Well in Italy

I have done a couple of trips around Italy, once in a camper van over a period of months with family and once with friends. I’ve crisscrossed Italy from Liguria to Naples and I’d love to have been everywhere and tried all the signature dishes. The places I did visit were memorable not just for their beauty and atmosphere but especially for their food, which is an integral part of that special Italian culture. Some of my most memorable food treats are described here. 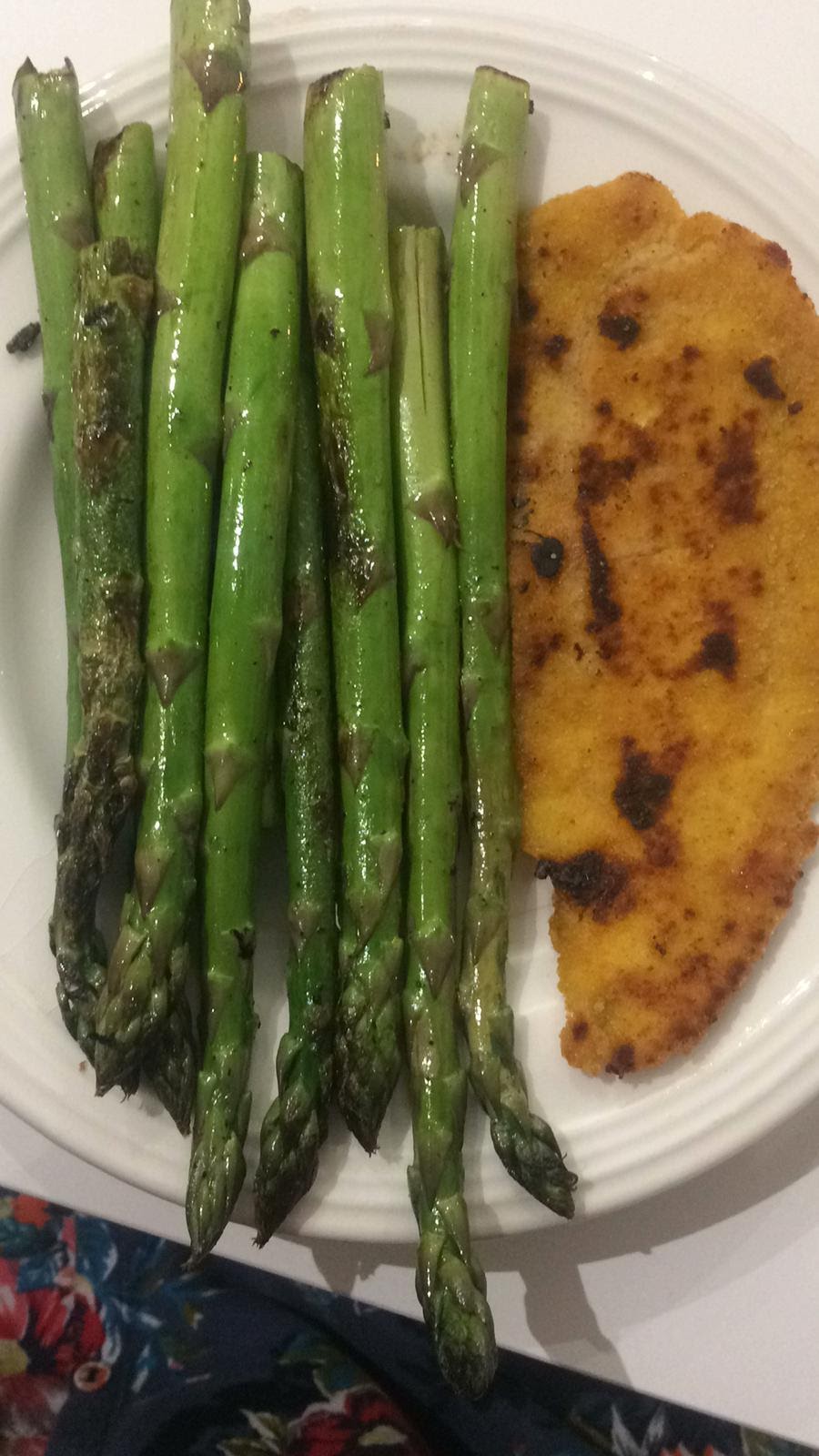 With Italian friends, I went to Mesola, a small town in Northern Italy for the ‘sagra dell’ asparago’, the asparagus festival, which is held every April in the Estense Castle.  A ‘sagra ‘ is a food festival with menus based on a particular ingredient and with lots of stalls selling different produce, all local, in season and all very fresh. This one featured asparagus, a huge marquee and long communal tables where we could try every imaginable asparagus dish.

I tried ‘budino asparago’ a type of soufflé and asparagus gnocchi (tiny potato dumplings), all more delicious than I could ever have imagined. I returned to Ferrara, my base, carrying a very large bunch of asparagus purchased at a pleasingly low price. It was locally grown and really fresh which was just as well since I realised I’d have to eat asparagus for every meal over the next week.

Italians are adamant that the produce from their local area is the best and it usually is. They believe that what they eat should be grown in Italy and preferably from their own locality. Two weeks ago I saw a headline in a serious Italian newspaper that gave the ‘shocking’ news that Chinese tomatoes were being sold as Italian ones and this was a danger to health! Italians take their tomatoes seriously and so they should since tomatoes are a staple ingredient in so many of the Italian dishes that have become favourites worldwide.

Local produce, harvested in season, will lose fewer nutrients and stay fresher by not being subjected to time spent in transport. This means that it is likely both to have more flavour and be better for you and has the added benefit of being better for the environment. 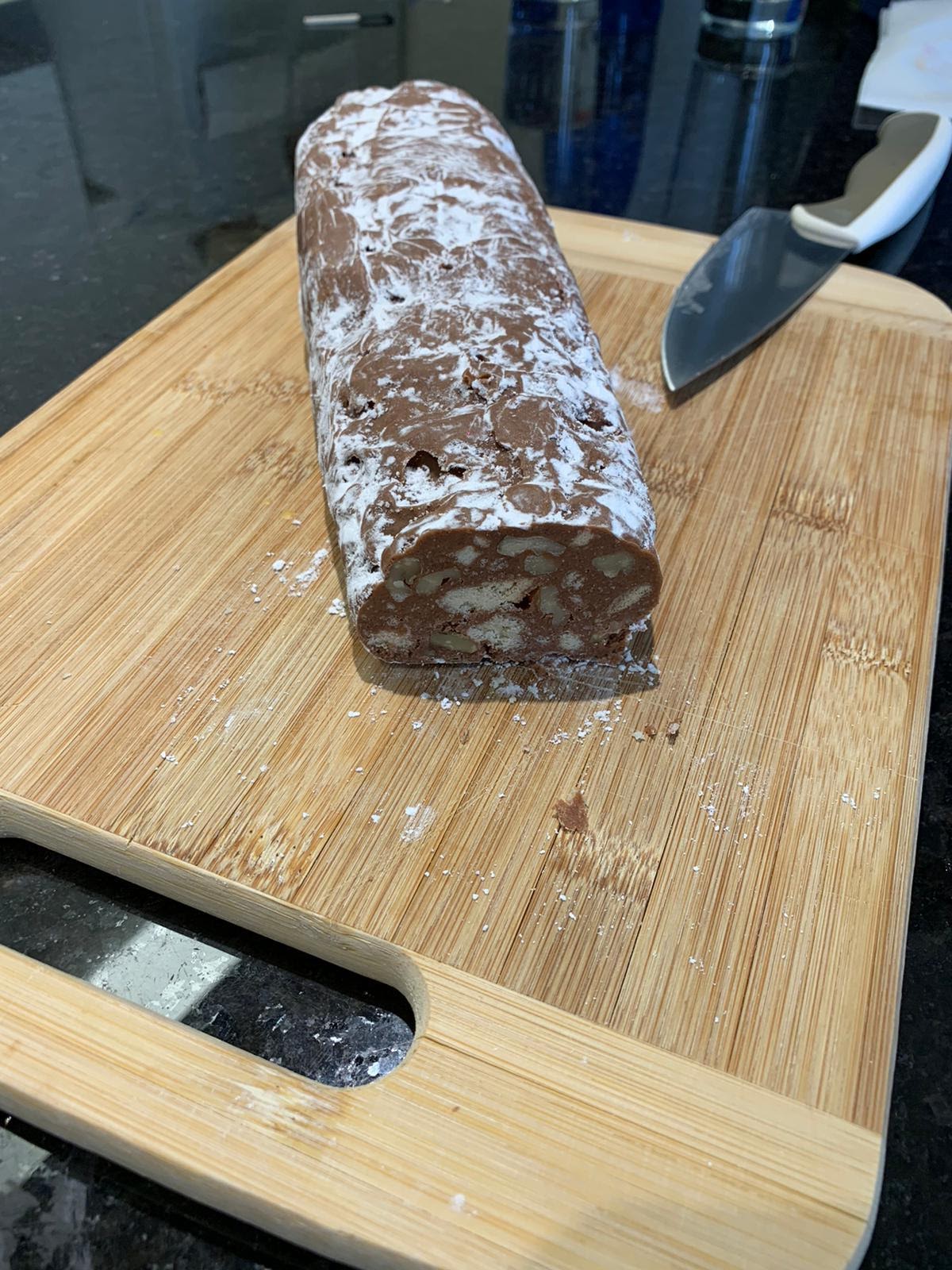 The fish speciality dishes such as fish lasagne, which you will be able to try in San Remo, the base for the Dolphin and Whale Volunteer Research Project, are of course made with the freshest fish caught locally straight from the Ligurian Sea. If you are in need of something rather more indulgent on your well-earned time off, you need to try another Italian speciality, the photo-friendly ‘salame dolce’, a deliciously sweet chocolate log that looks exactly like a salame.

The locals in every part of Italy proudly feel that the best Italian food is produced in their city and region and Naples, being hailed as the home of good food is no exception. On a pre-COVID visit to Naples, I had been warned that Southern Italian meals can last for hours, one meal blending into another and so it was for me when I had a seven-hour Easter lunch with an Italian family.

The mouth-watering foods that stood out for me were: green chicory stuffed with cheese, cappellaci di zucca (pumpkin pasta), pollo ripieno (chicken stuffed with herbs and vegetables and barbecued artichoke with a delicious smokey flavour. All the flavours were so uniquely Italian and so different from the typical British Sunday roast. 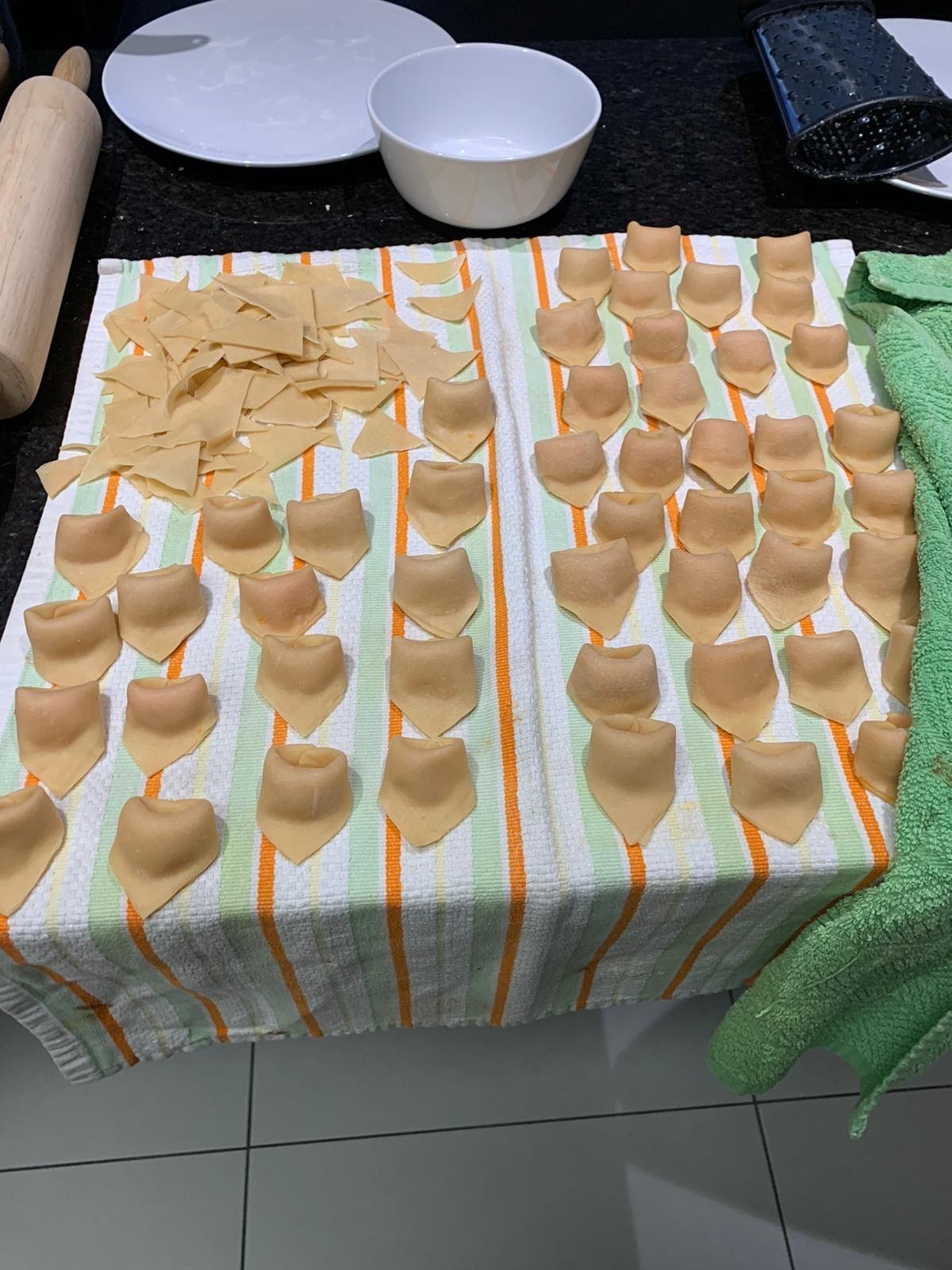 Making a Toast in Italian – Salute!

I left in a food haze, which perhaps was exacerbated by the various drinks that accompanied each course, from the bitter aperitif to the sweet liqueurs at the end of the meal. These normally accompany tempting traditional desserts such as Tiramisu, meaning “pick me up”, the wonderful combination of coffee liqueur, chocolate and Ladyfingers. Homemade liqueurs are prized, especially the refreshing Lemoncello, which tastes as it sounds but with an alcoholic kick.

A lot of families make their own Prosecco in small co-operatives of neighbours who live in the town but have small family plots of land in the countryside. My friend’s family proudly produced their own sparkling vintage. Bottles were opened to accompany the dinner and later mixed into Hugo cocktails with elderflower and mint and Bellinis with peach puree.

The one non-alcoholic drink, apart from bottles of sparkling water (con gas) or still water (senza gas), which I was offered was Chinotto a dark coloured drink resembling coke but made with orange tree leaves and with a bittersweet taste. 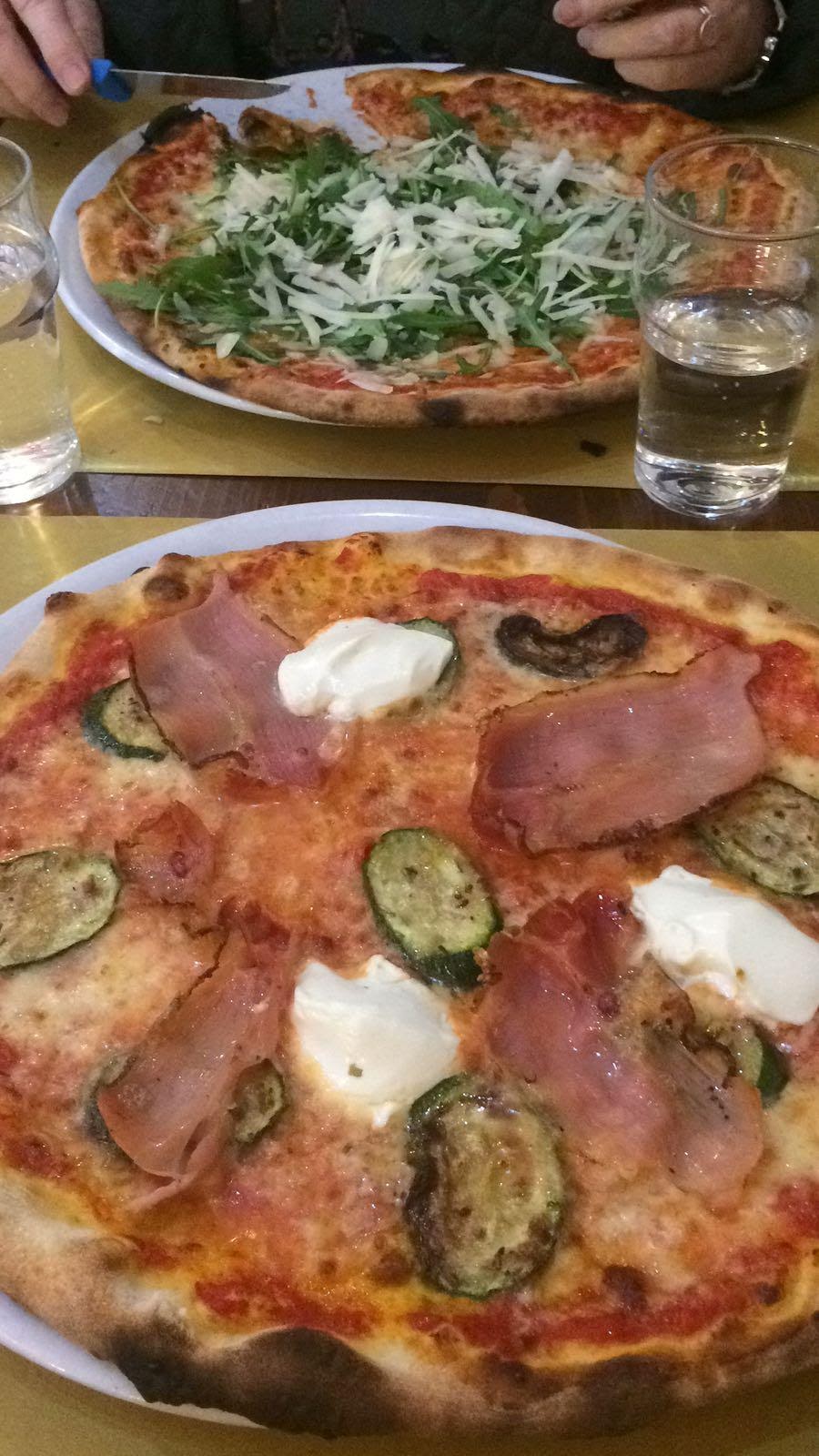 With the mouth-watering scents that assail your senses wherever you go in Italy, you’ll never resist the temptation to snack. Each town has its own specialities to suit all tastes, sweet or savoury but always delicious. Cecina, a chickpea and olive oil flatbread is a treat to try in San Remo and homemade Italian ice cream is always a treat wherever you are. A scoop or two of Stracciatella, the wonderful combination of vanilla ice cream and dark chocolate slivers, which was invented in Northern Italy in the early 60s, is timeless and never disappoints.

Walking through the Neapolitan streets, I’m afraid I didn’t resist the temptation to try some of the fascinating Italian ‘street food’. There was “Pasta Frolla” a little savoury or sweet flaky pastry treat shaped like a triangle, “Taralli”, flavoured breadstick circles and Zeppole, a cream-filled choux pastry. You’ll be able to find numerous speciality pastries and breads wherever you are in Italy, which are fascinating for their names alone. There’s also always fresh produce to take home such as ‘Cornicelli’, the small red horn-shaped chilli peppers that symbolise good luck and are sold in endless street stalls in Naples.

Despite filling up on tempting treats I headed off to the oldest pizzeria in Naples Antica Pizzeria Port’Alba, which opened in 1830. There I chose the simple favourite, pizza Margherita, which was created in Naples and named after the queen of Italy, Margherita of Savoy. The classic Italian flavour of tomatoes, combined with local mozzarella cheese, is always temptingly delicious.

Life on a Budget

Italian food can be remarkably inexpensive if you are on a budget. Italian ‘ragazzi’, anyone from young teenagers to people in their mid-thirties, will join friends to enjoy pasta feasts of the simplest two or three-ingredient recipes. Olive oil and crushed garlic pasta doesn’t break the bank and spaghetti with a little grated Parmesan cheese, oil and nutmeg are equally simple but delicious. This type of wholesome yet delicious food can be prepared so simply if you are staying in a hostel or even on a boat as part of your volunteering in Italy. 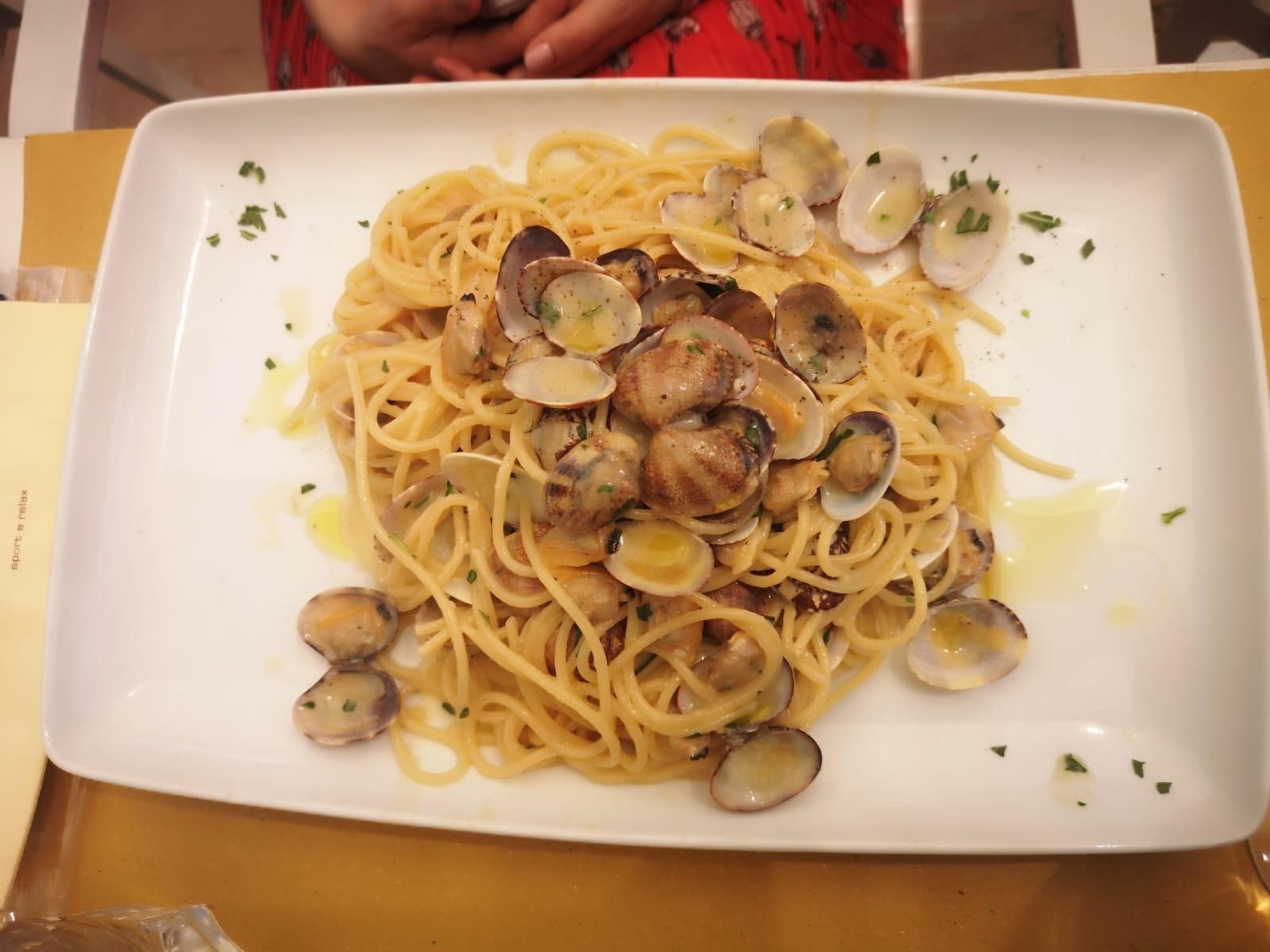 Pasta can be a great accompaniment to every kind of meat or fish. The Florentine speciality ‘wild boar pasta’ was memorably tasty and seafood pastas were a highlight of my journey down the Adriatic coast. Spaghetti alle vongole (mussels) is a dish loved by the Italians and certainly one I loved trying in a trabocco (small pier restaurants converted from fishing huts), in Puglia.

The huge range of different pasta shapes and types can be confusing for the uninitiated in Italy. There are over thirty different past shapes with great names such as orecchiette (little ears) and cappelletti (little hats). However beware, only certain shapes are suitable to accompany certain sauces. You probably already know that Spaghetti Bolognese would never be served in Bologna. Bolognese sauce (ragu) should only be served with tagliatelle, which is flat enough to hold the sauce. Italians know the sauce rules for pasta and rarely break them.

The other food delight that deserves a mention is the wonderful Italian risotto featuring meats, fish or vegetables and stirred with patience and the loving care that only food lovers and Italians are capable of. Pumpkin risotto, a speciality of Ferrara in northern Italy is a ‘must try’. It’s comfort food, it’s healthy, it tastes fantastic. 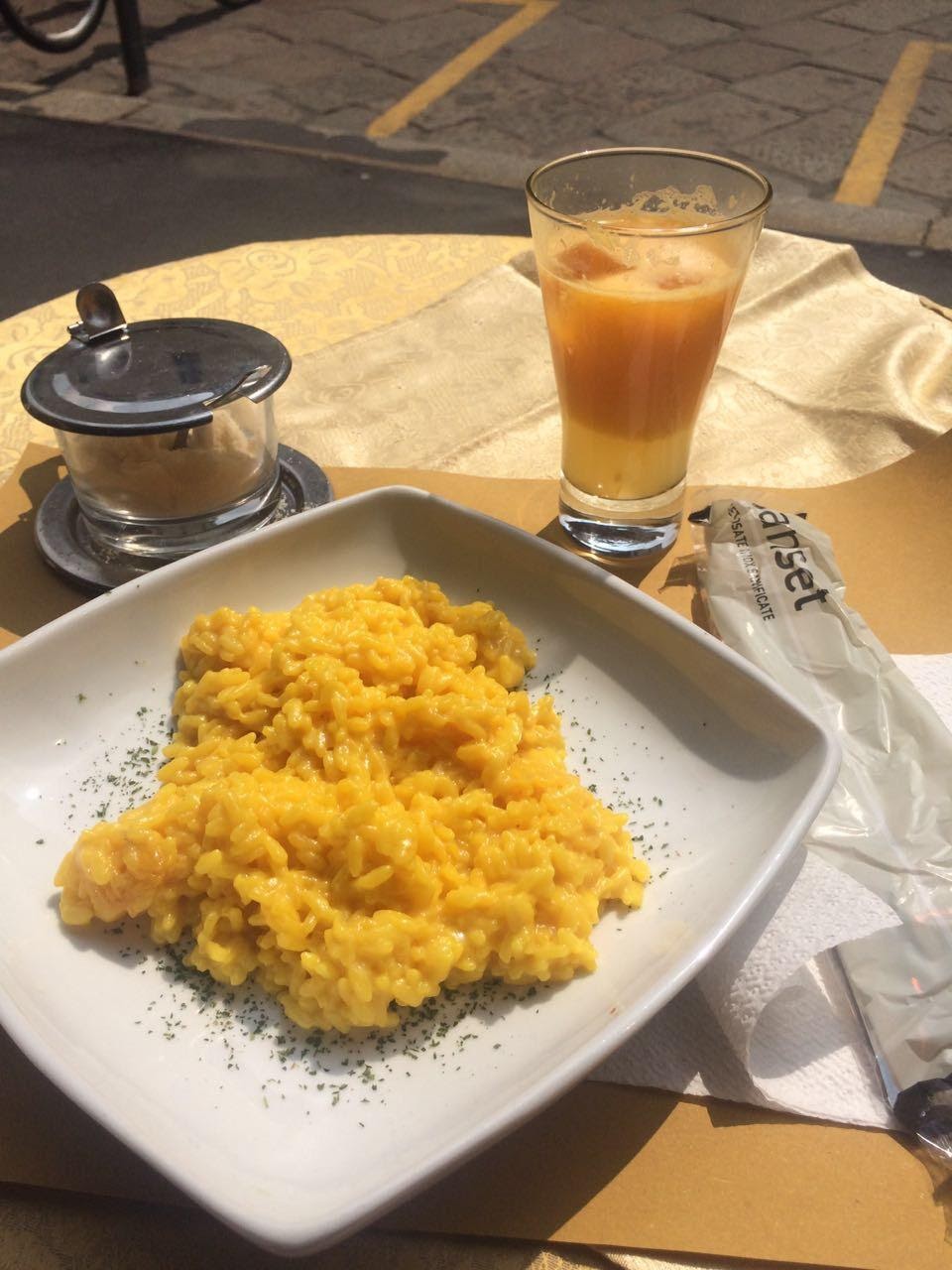 As a child I grew up hearing about a speciality dish from Venice called ‘Fegato alla Veneziana’ (Venetian liver in wine and onion gravy), which was pivotal in my parents’ courtship.  The tale involved mandolin music, sunlight twinkling on turquoise canal water and my parents’ decision to order double helpings since the food was so delicious, but that was another time and another story.

Give in to your fascination with Italian food. Make your own food stories as you work to help conservation. Live well and eat like a gourmet when you take part in our volunteering projects in Italy. Buon appetito!