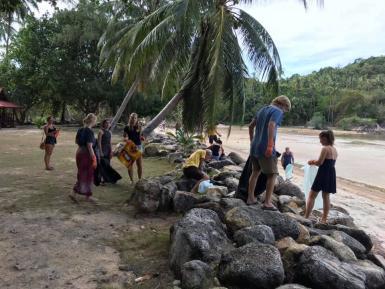 It can be hard to get our head around the scale of the problem of plastic in our oceans. The United Nations Environment Programme (UNEP) 2016 report on ‘Marine plastic debris and microplastics’ cites a number of significant ecological impacts such as ‘damage to sensitive and at-risk habitats’, ‘entanglement in floating debris’ causing ‘acute and chronic injury or deaths’ of marine life. Perhaps equally important is the economic impact. The World Trade Institute cites a figure of $13 billion in environmental damage per year. ‘Clean-up operations’, ‘reduced fishing catches’ and less ‘coastal tourism’ all contribute to these significant costs.

Given examples such as these and the fact that there are five trillion pieces of plastic in our
oceans and an island of plastic the size of California floating through the Pacific Ocean, the
problem can seem unsolvable. That was until recently. 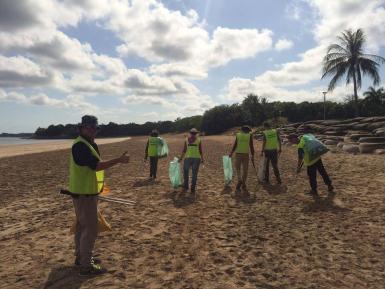 The Ocean Cleanup is a team of 80 engineers, scientists and computational modellers working towards one common goal: a plastic-free ocean by 2050. Founded by Dutch inventor Boyan Slat in 2013, this group of like-minded, innovative workers set themselves to the task of defusing what they call ‘the ticking timebomb’. How are they planning on doing this you may ask. Well, the answer is really quite brilliant.

After recognising the inordinate amount of time, funding and infrastructure which would be required in order to resolve this issue, the non-profit organisation devised a solution which would be sustainable, require minimal upkeep and most importantly would be cost-effective. The passive cleanup system is made up of a 600-metre long floater attached to a 3-metre impenetrable tarp below the ocean surface. 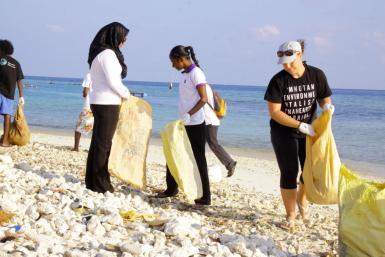 Using the ocean current alongside wind and waves, the device encircles and then concentrates the plastic in one location making it far easier to collect. Imagine an underwater snow plow powered by the ocean. Added to this, it is completely energy neutral. Any energy necessary for electronics is generated through solar energy. The system becomes exponentially more effective as more of them are deployed without compromising on its carbon footprint. I think it’s safe to say that this technology is truly impressive.

Perhaps after reading all this you remain unconvinced. How can a non-profit organisation such as
Ocean Cleanup sustain the funding it needs to make a real impact? Well this is where the last part
of the process comes in. After the plastic waste has been captured, accumulated, extracted and
moved to land, Ocean Cleanup plans to sell the plastic to manufacturers to be used in consumer
products. The profit for this would go straight back into the cleanup system and would help pave
the way to an even greater number of cleanup systems. This model is an example of a virtuous
cycle of waste clearance and waste utilisation.

At the moment only one of these systems has been deployed, in the Pacific Ocean just outside
San Francisco Bay, but the process of adding more is expected to get easier. 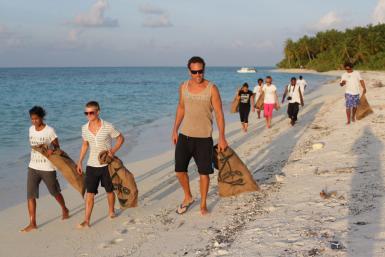 The process towards implementing a fully functional and effective cleanup system has not been without its detractors. Physical oceanographers such as Dr. Kim Martini have critiqued the research papers produced by the non-profit justifying and explaining the project. She points to several exaggerations and oversights by the Ocean Cleanup team which make this utopian idea of a plastic-free ocean seem more attainable than it really is.

In particular, Dr. Martini points to the ‘structural deformation’ which may occur and has been
largely ignored in their evolution as well as the ‘loss of functionality by ocean currents’ not being
addressed. While criticisms like these can appear dispiriting for those of us hoping for an
immediate solution, the reality is that conversations such as these are integral to the process.
Peer review and scrutiny help to spur on innovation and encourage new and better solutions. 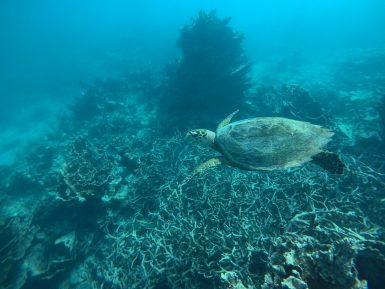 No discussion on the impact of plastics and the environment would be complete without a word from Sir David Attenborough who said in his recent documentary Blue Planet II ‘Right now, 8 million tonnes of plastic ends up in our oceans every year but if we all take those small steps which are easily achievable we can, before long, really have an effect’. We can all take David Attenborough’s advice and make small changes to our habits such as recycling our plastics or avoiding single-use cups and straws.

While we may have a long road ahead (or a long voyage!), efforts by non-profits such as The Ocean Cleanup to solve this issue cannot go unnoticed. We should look with hope to innovators such as these as they work towards creating a plastic-free ocean.

To find out more about how you can help with beach and ocean cleanup activities as a volunteer, please click here.