Everyone is familiar with their domesticated counterpart, but fewer people are aware of the fact that wild horses have been galloping on this earth for more than 50 million years, first emerging in the form of their ancestor, Eohippus, meaning “dawn horse”.

These mammals first appeared in Northern America and then made their way over to Eurasia around three million years ago. After this event, a number of subspecies started to emerge, such as the European wild horse, also known as Tarpan. It is widely believed that this is the ancestor of the horses we know today.

Apart from the endangered Przewalski’s horse that resides in the dry Mongolian grassland, truly wild horses are considered extinct. The horses that we know as “wild horses” today are in fact feral horses, which derived from domesticated horses that either escaped ownership or were set free into nature. 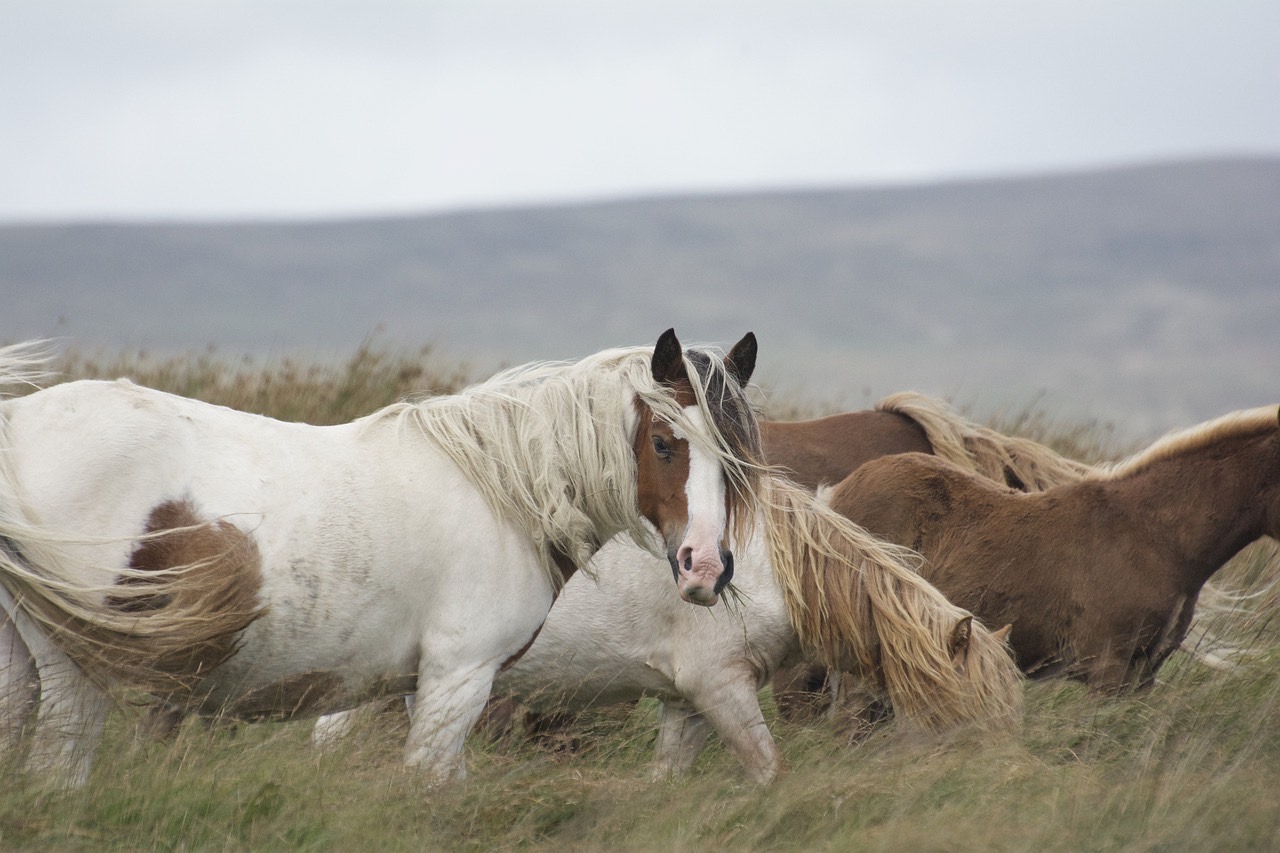 Vagabonds of the world

Feral horses can be found in many corners of the earth, ranging from the dusty desert land in Utah, North America to the Spanish and Portuguese-occupied Iberian Peninsula, as well as the vast Australian Outback and New Zealand. According to the NJAES, These hooved mammals have complex social structures. They prefer to reside and travel in a whole herd, usually led by an old and experienced mare. These herds consist of smaller, stallion-owned substructures called “harems” which are generally made up of 2-21 mares and their offspring.

It is believed that these herds can travel for up to around 30 miles a day in their pursuit of grazing opportunities and sources of water. Due to their natural grazing behaviours, feral horses can aid in enriching biodiversity wherever they are present, which makes them a key component in several rewilding projects throughout Europe.

The Grace of Grazing for biodiversity

Many of these efforts are led by Rewilding Europe, a pioneering organisation that has created a plethora of initiatives in order to follow its mission: Making Europe a Wilder Place. This includes reintroducing species to places in Europe that were once considered extinct or are severely threatened. Species include the European Bison, wild Bovines and horses.

Many of these species have been domesticated thousands of years ago but share DNA with their wild ancestors. Regarding horses, the charity Rewilding Britain has an in-depth process, ensuring a careful selection of breeds that have traits in common with the original European wild horse such as the Exmoor pony, the Yakutian horse and the Pottok. These breeds are most suitable for adapting to life in the wild without any human involvement in order to return to their old place in Europe’s diverse fauna. Rewilding these horses can impact the areas in which they reside in very meaningful ways. Their natural grazing behaviours help maintain bulky grass and woody vegetation, while seeds stuck to their fur and hooves get dispensed on their long travels, which in turn fosters a suitable environment for wildflowers and other diverse plants to bloom and thrive.

Rewilding Europe has been able to celebrate growing successes with its fresh approach to acclimating hardy domesticated breeds to the wild. So far, they have established 11 grazing sites for horses within 4 designated rewilding areas spanning 6100 hectares. These areas are The greater Côa Valley in Portugal, the Rhodope Mountains in southeastern Europe, the Velebit mountains in Croatia and the Danube Delta. The herds resident in the Rhodope Mountains are roaming freely, entirely unfenced and have been navigating the area naturally. The overall population of horses within all grazing sites is booming, beginning with just 29 horses in 2012 and climbing up to 400 in the year 2019.

The charity is currently working with the European Commission to grant these herds legal wild status, which would be the first occurrence in Europe. 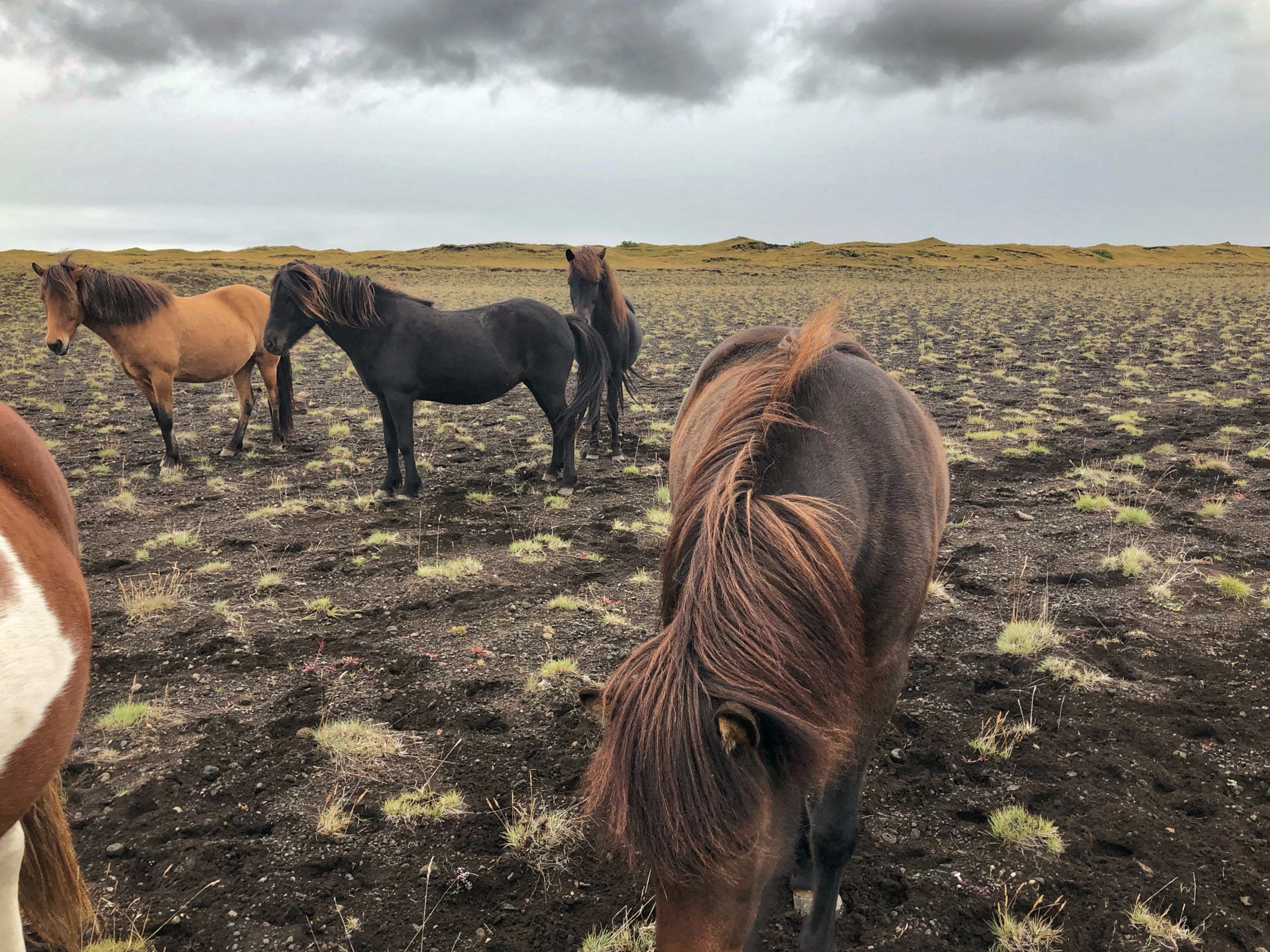 How to get involved

Feral horses are only one of the myriad of species that help enrich our ecosystem through their natural behaviours not only on our doorstep but all over the globe. Rewilding is the key to maintaining and creating biodiversity and we can join this cause by; aiding the repair of damaged landscapes, the reintroduction and restoration of wild species and educating others on the severe loss of wildlife our world has endured through man.

There are many initiatives and programmes which focus on the conservation of important native key species that you could get involved with. If you would like to make a difference, feel free to browse our plethora of volunteer opportunities that have the protection of threatened species at their forefront so that they can flourish once more. These include the Iberian wolf conservation project in Portugal, the Kiwi conservation project in New Zealand’s protected Podocarpus forest and the Pacific sea turtle project on the west coast of Costa Rica.

You may even be lucky enough to see wild horses roaming free at our project in Iceland. Or ride horses in your free time at our projects in the USA, Ecuador Cloudforest and Kariega Game Reserve Programme.