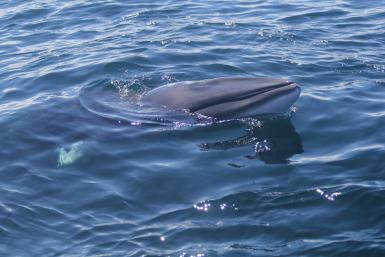 Seeing a dorsal fin break the surface of the sea fills you with a sense of wonder.  People hold a fascination with whales, dolphins and porpoises (collectively known as cetaceans); intrigued by their lives beneath the waves. Perhaps it’s the commonality of being mammals, yet inhabiting such different environments that holds our imagination?

The Hebrides – the 550 plus islands off the west coast of Scotland – are a truly wild place, where the waters are rich and home to amazing biodiversity.  A quarter of the global cetacean species count has been recorded here, including ocean giants such as the humpback and the fin whale – the second largest animal on the planet!  They are home to some of the highest densities of harbour porpoise in Europe, and support resident populations of bottlenose dolphin, white beaked dolphin and the unique and highly vulnerable group of orca known as the West Coast Community.

Seasonal visitors arrive on masse in the spring and include the minke whale – the smallest of the baleen whales – common dolphin and basking shark. The migratory pattern of the minke whale is still uncertain, but some individuals return to the same areas year after year (for over a decade in some cases) and are well known to researchers. Common dolphins – relatively uncommon a decade ago – now appear in super-pods, stretching as far as the eye can see. 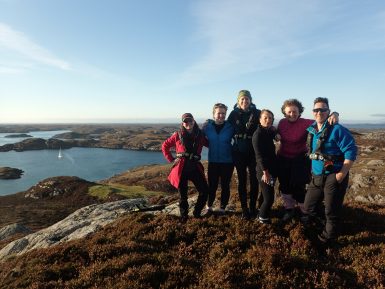 Although wild, beautiful and seemingly pristine, Hebridean seas are under threat from the impact of human activity. Marine mammals are threatened by climate change, entanglement, pollution, underwater noise and habitat degradation. Long-term monitoring and data collection are crucial to understanding these impacts, and how we should best protect cetaceans from them.

The Whale and Dolphin Conservation Project, Hebrides has been monitoring cetaceans off the west coast of Scotland for 25 years. Data is key to improving an understanding of our cetacean species and, through research expeditions onboard Silurian – the project’s research vessel – the largest database of its kind in the UK has been generated.

For the past 15 years, Silurian, her crew and team of enthusiastic volunteers, have travelled more than 100,000 kilometres monitoring the remarkable Hebridean seas.  That’s the equivalent of sailing two and a half times around the world!  Silurian has recorded 30,000 animals during 13,000 sightings of 15 different species of marine megafauna. The most frequently seen species has been the harbour porpoise, with more than 5,000 sightings.

Through this monitoring programme, the project has developed Identification Catalogues for minke whale, bottlenose dolphin, orca and Risso’s dolphin – enabling a much better understanding of population sizes, range and social interactions between individuals.

Volunteers spend their days scanning the seas for wildlife, and the evenings exploring some of the most remote and beautiful anchorages the area has to offer. The same rigorous survey methodology has been used throughout, ensuring that the data collected are consistent and comparable between the years.  These million or so data points provide a wide-scale assessment of the cetacean distribution and animal behaviour. Anthropogenic parameters, such as underwater noise and marine litter, are also monitored to identify emerging threats and understand the conservation implications. 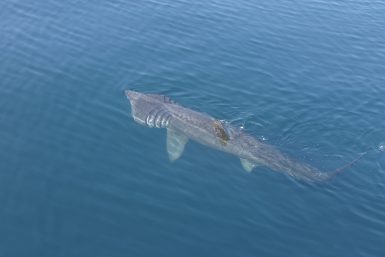 The long term assessment of cetacean distribution that the project provides is crucial because it produces information that can be used to identify important areas for different species and detect trends and changes in the marine environment. One such example is the increasing number of common dolphins observed over the past decade in the Hebrides – a twenty-fold increase in the sightings rate!

Data collected from onboard Silurian was instrumental in setting the boundary of the Special Area of Conservation for harbour porpoise – the largest in Europe! The data also fed into the process for designating Marine Protected Areas for minke whale, Risso’s dolphin and basking shark off Scotland’s west coast.

There is still so much to learn about marine wildlife and the pressures they are met with.  It is only through continued long-term monitoring that we can fill those gaps in our knowledge.

Conservation is driven by people and through citizen science, people are more involved than ever – in 2019 more people than ever joined us to monitor marine wildlife. Join us onboard Silurian, get involved directly with conservation while having an incredible experience sailing our beautiful Hebridean seas.  Find out more by visiting the Whale and Dolphin Conservation Project, Hebrides project page.