For the first time ever, human-made materials, including plastics, have exceeded the weight of all living things.

There is now twice as much plastic on the planet as there are animals. The time for change is well overdue.

The world may well be approaching an irreversible tipping point when it comes to plastic pollution – it has been predicted that by 2025, between 9 and 23 metric tonnes of plastic waste could be entering the natural environment per year. 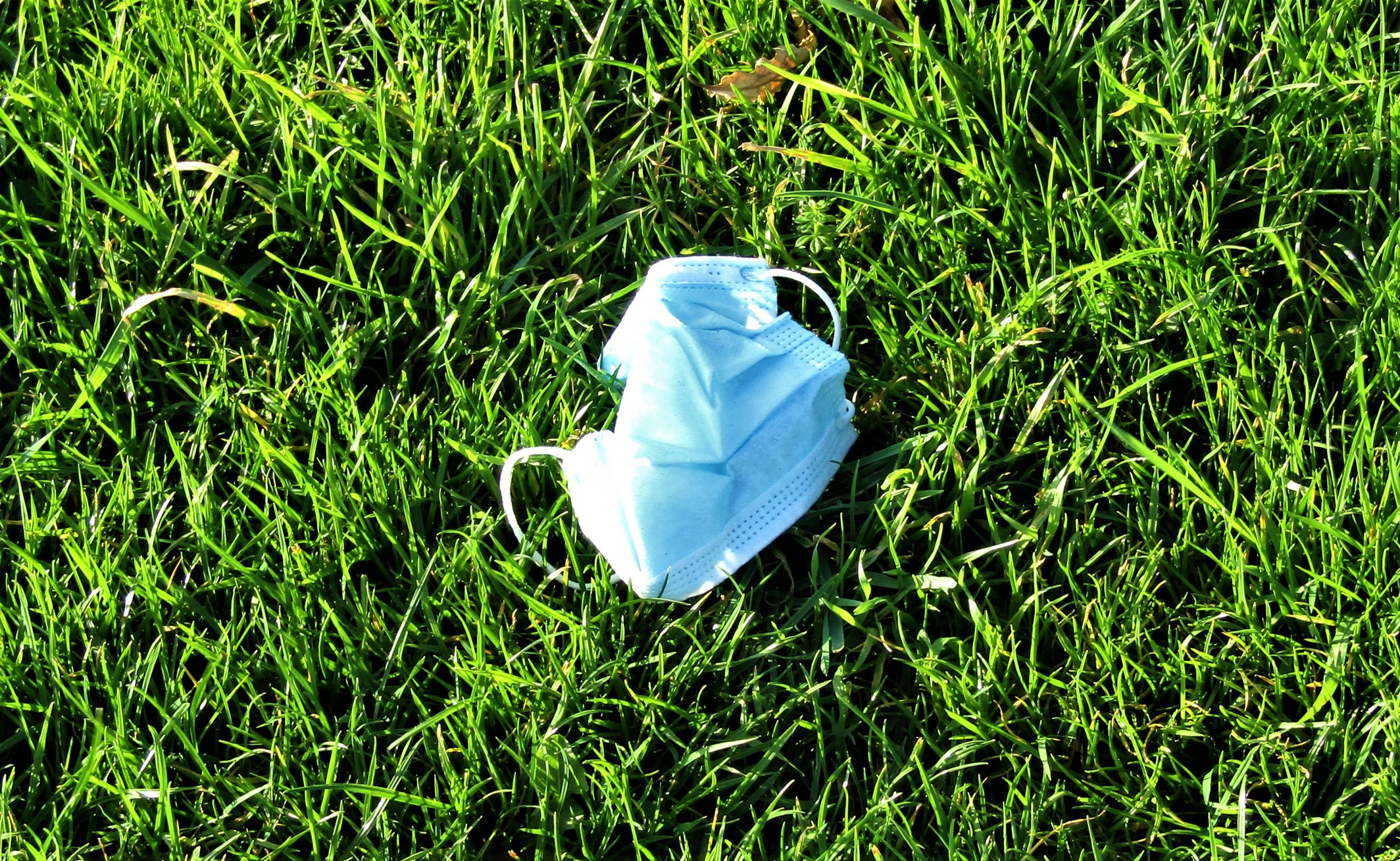 The plastic pollution crisis has only been exacerbated by the Covid-19 pandemic. In 2020, each UK household produced on average 1.2 tonnes of waste, an increase of one fifth from the previous year. Another study estimated that 58% of households globally consumed more single-use plastics during lockdown periods than pre-Covid.

Our pavements have become littered with disposable face masks and gloves, and the plastic waste from the online shopping deliveries and takeaways that became a staple of lockdown life have overfilled our rubbish bins. It has been suggested that if every person in the UK used a new disposable face mask every day for 1 year, an additional 66,000 tonnes of plastic waste would be created.

Our oceans aren’t safe either. Volunteers for the Marine Conservation Society found PPE litter, primarily face masks and gloves, on 30% of the British beaches cleaned during the 2020 Great British Beach Clean. Just like many other single-use items, these present a considerable risk to our wildlife both on land and in the sea. We’ve all seen pictures or videos of beached whales with their stomachs filled with kilos of plastic waste; sea turtles with straws stuck up their nose; and seabirds with their feet ensnared in discarded fishing gear or making their nests out of plastic waste. Now we’re seeing animals trapped in medical gloves, tangled in the straps of face masks, and with masks in their stomachs.

How does plastic get into our oceans?

It’s doubtful that many of us think about the journey our face mask will go on once we’ve discarded it, however, it’s highly likely that like many of the other single-use plastics we throw away every day, it will enter the ocean. It is estimated that 8 million tonnes of plastic land in our oceans each year and over 80% of this derives from activities on land.

There are many ways plastics can flow out in the oceans, for example: when plastics are not recycled properly but are thrown away and swept into local rivers or sewers; when plastics are illegally dumped or littered on beaches; and when microplastics fibres are washed down our drains from the cosmetic products we use daily and washing our clothes. The remaining 20% of plastic in the oceans comes from human activities at sea, primarily when fishing gear is lost or dumped at sea. 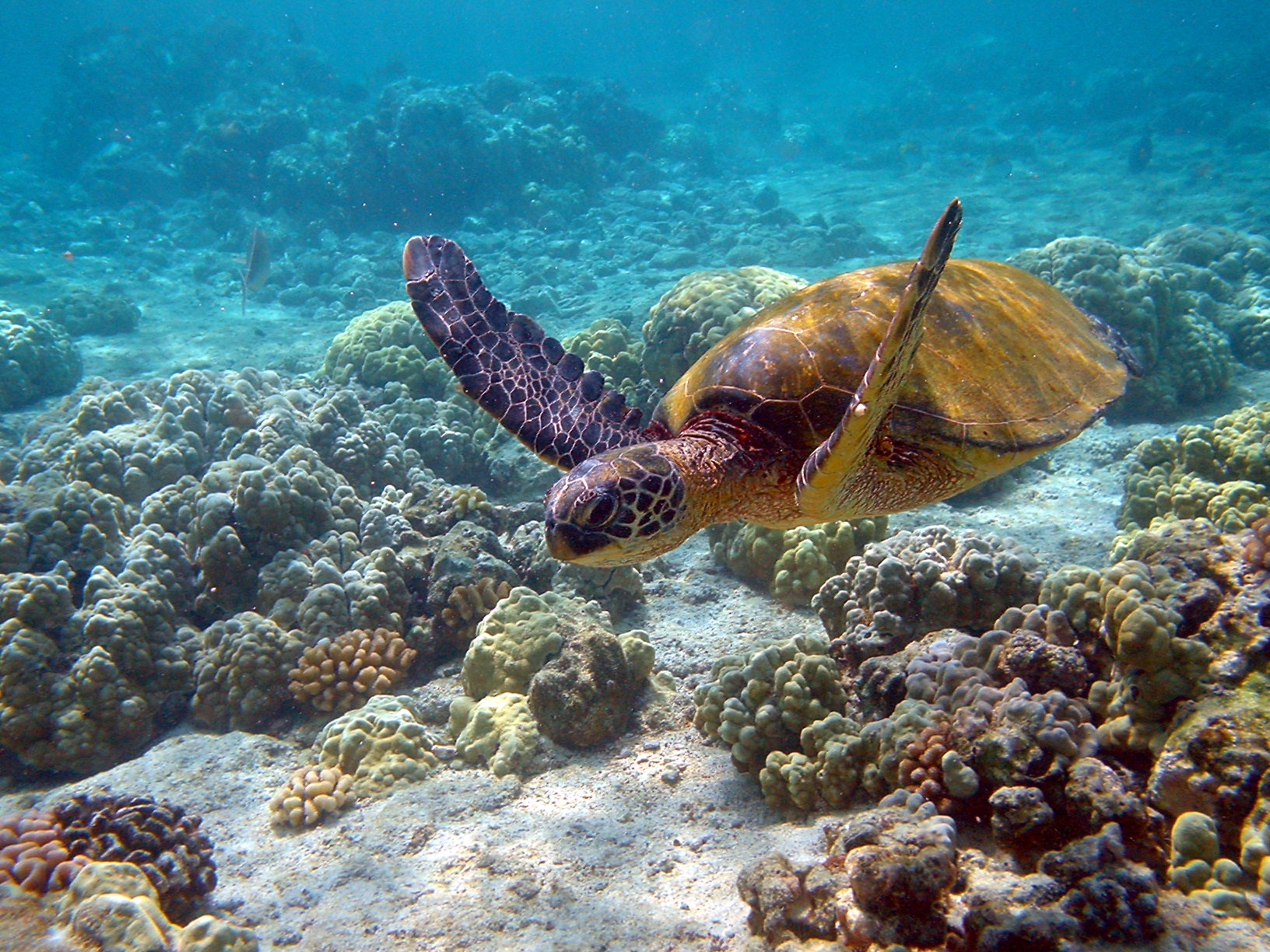 What are the impacts?

Marine life can mistake these plastic fragments for food and when ingested, the plastic can either block their digestive tract or cause them to feel full, leading them to starve. For instance, sea turtles often mistake plastic bags for jellyfish, their primary prey. A study in the Pacific Ocean found approximately 83% of green turtles and 86% of loggerhead turtles found off the coast of eastern Australia had ingested plastics; one turtle alone had 144 pieces of plastic inside it – and however shocking this seems, sadly it is not the worst amount recorded.

Similarly, plastics can cause the death of marine animals by entanglement or suffocation. Lost or discarded fishing equipment continues to trap and kill marine species, as it is designed to, for as long as it remains in the ocean, which has been termed ‘ghost fishing’.

A report by Pew Charitable Trust projects that without action, the flow of plastic into the ocean will nearly triple by 2040. That will be 50kg of plastic going into the ocean for every metre of coastline. According to this study, we have just 29 years to save our oceans, otherwise, by 2050, the world’s oceans could be filled with more plastic than fish.

What can be done? 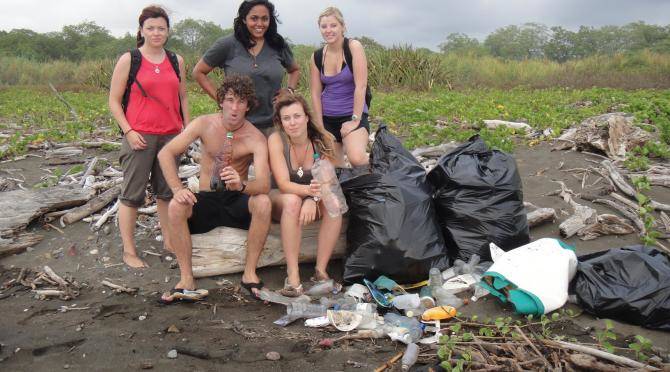 There are positive signs that concern and awareness among the public regarding the effects of plastic pollution is rising. Last month was Plastic Free July and many people committed to making lifestyle changes that reduce their plastic consumption, such as shopping locally; switching to reusable products (coffee cups, shopping bags, straws); and finding eco-friendly alternatives to household cosmetics or cleaning products. We need to ensure these changes are taken beyond one month and become a lifetime habit.

Whilst we continue to live through the pandemic, Greenpeace suggests using reusable face masks, or cutting the straps off disposable masks before throwing them away; as well as cutting up disposable gloves, to help protect wildlife from becoming trapped.

WorkingAbroad works closely with a number of coastal communities, to help conserve marine wildlife and keep our beaches clean. One such project working with Olive Ridley Sea Turtles in Costa Rica provides a great opportunity for you to join the fight against plastic pollution and help protect the marine species affected by it. A previous colleague from this project and marine biologist, Dr. Christine Figgener PhD was at the forefront of the movement to ban plastic straws after her footage of a plastic straw being removed from a sea turtle’s nose went viral. If you’re interested in gaining hands-on experience and getting involved in the fight to keep our natural environment and its wildlife healthy, check out the full range of conservation volunteering opportunities available with WorkingAbroad.