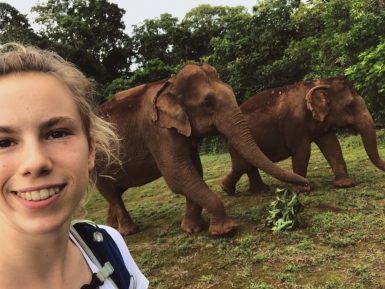 Elephants are one of the largest and most intelligent mammals on earth. These vegetarian giants can weigh up to 8 tons (over 7,000 kgs), have a life expectancy of up to 70 years and live in tight-knit groups led by their female matriarchs – the elder of the herd. Elephant herds act similarly to the human family and often allow ‘strangers’ to join them. They are empathetic and have been observed comforting one another by putting their trunk into another’s mouth for reassurance. Elephants mourn those they’ve lost and are known for their long-term memory. They are also one of the only animals to recognise their reflection in mirrors, which scientists believe is a sign of self-awareness. Ellies perform ritualistic behaviours, such as waving branches at the waxing moon and engaging in ritual bathing when the moon is full, prompting some to speculate that animals could have a spiritual side. It’s clear why they’re considered to be one of the world’s smartest animals, aside from the great apes. 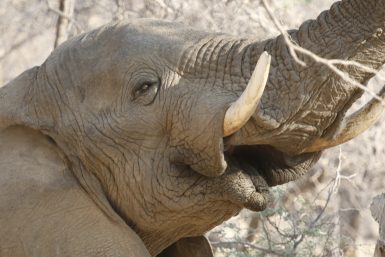 Clever, sensitive, spiritual and vital to our planet, all elephants are sadly listed as vulnerable and endangered. This is largely due to the ivory trade that has plagued the 20th century. African elephants specifically are threatened by poaching for their ivory tusks which have been used for artefacts and jewellery, and formerly piano keys. Elephants also require a large amount of land to herd and eat, placing demands on the environment and people for resources and creating several human-wildlife conflict situations. Climate change, poaching and competition for food and water are all real and increasing factors for the decline in elephant populations.

To keep these gentle giants from experiencing extinction, you can participate in their conservation efforts. It’s important to note that if you do partake in volunteer work with elephants that you are supporting ethical wildlife policies. WorkingAbroad offers 7 volunteer projects with both African and Asian elephant species across Namibia, South Africa, Sri Lanka, Cambodia and Thailand, as well as India and Laos. In addition, WorkingAbroad boasts a strong set of ethical guidelines to ensure their volunteer projects do not include any kind of inappropriate interaction with animals, including elephant rides or camps that are involved with working elephants for tourists.

If you are considering volunteering with elephants to protect their wellbeing and longevity, here are the top 7 projects to check out. 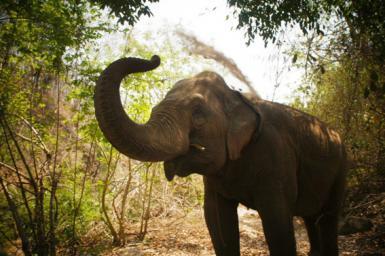 Set within the beautiful Chiang Mai province of Thailand, as a volunteer you will work within a sanctuary that houses older elephants and provides an alternative for owners to retire their elephants in a safe environment. In this experience, you will learn about the plight of elephants in Thailand and experience a whole different side to wildlife conservation in the region.  Aside from working with elephants, you’ll have the opportunity to immerse yourself in Thai culture and work closely with local communities.

This project is based in the North-West region of Namibia, known as Damaraland. This is an exciting opportunity where you will learn to track desert elephants and take part in community development while desert-adapted elephants roam free. The project will feature simple camp-craft and survival skills and allow you to get back in touch with nature; whilst becoming directly involved in elephant conservation volunteer work. 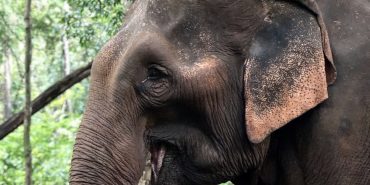 Volunteer in the Mondulkiri region in the remote Eastern part of Cambodia, known for its elephant population. This is a scarcely populated part of the country close to the border of Vietnam. You’ll be helping to save working elephants from the tourist and logging industry, so they can live their lives as free elephants. The project also works hard to create awareness and change attitudes in Cambodia around the elephant’s role as a work animal. 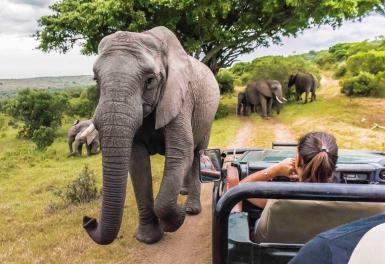 This programme offers a once in a lifetime chance to get behind the scenes and involved with the conservation efforts of the “Big Five” Game Reserve, which includes elephant conservation. You will have the opportunity to get hands-on experience in conservation management at the Kariega Game Reserve situated in the Eastern Cape of South Africa. There is also an option to carry out elephant impact monitoring research for university students too. This area historically had an abundance of wild game roaming free with one of the richest wildlife areas on the African continent. 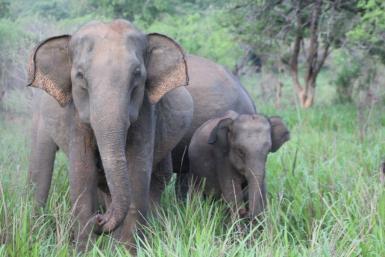 As a volunteer, you’ll be working alongside a team in rural Sri Lanka to prevent further conflicts between elephants and local villagers, who are continuously struggling to live on decreasing space. Set adjacent to the Wasgamuwa national park, the project works for the conservation of wildlife in the forest reserves bordering the park and to protect the livelihood of the local communities. You’ll be staying in the volunteer field house situated on a hill by the south-eastern boundary of the Pussellayaya village, overlooking a scenic and dynamic tapestry of rural and remote Sri Lanka. 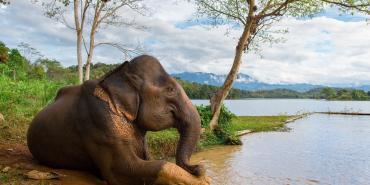 This sanctuary offers the opportunity for visitors to experience elephants in an ethical way, observing them in their undisturbed natural environment. Elephants at the centre are here to rest, either waiting to give birth or recovering from an exhausting life in logging or being forced to give rides in the mass tourism industries. The elephants inhabit 530 hectares of protected forest in North West Laos in a beautiful ethical sanctuary and volunteers are welcome all year round. 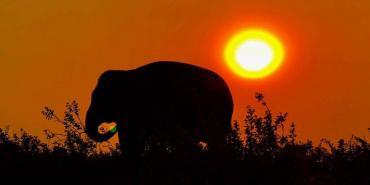 This is an opportunity to volunteer to help conserve elephants and bears at an ethical wildlife rescue and conservation centre in India.  The primary aim of the centre is to rescue and rehabilitate wildlife in distress in both urban and rural environments throughout India. The project rescues a number of orphaned, injured, and displaced wildlife found in cities and locations from wherever they are forced to work in India. Injured animals are given medical treatment and many are released back into the wild. Volunteers are welcome year round to assist with the important work of the rescue centre.

While you’re deciding on where you can go to aid in elephant conservation, consider the following facts about elephants that you may not have known before!