Following our recent blog encouraging people to take part in efforts to mitigate climate change when travelling abroad, we bring here the TOP 8 of our conservation volunteer projects that YOU can join on your next travels. Spread over five different continents, we have an option for you to in one way or another to be a part of the solutions that are trying to prevent climate change from further developing into the environmental disaster that most expect from the future. Let’s be part of the chain of hope that young environmental figures like Greta Thunberg and Alexandria Ocasio-Cortez have started. 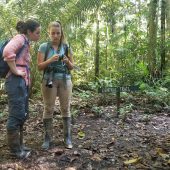 Since the Amazon project’s inception in 2014, it has protected 4,460 hectares of virgin rainforest in the Las Piedras watershed of Peru. A place that is home to a great variety of wildlife that relies heavily on the forest to stay intact for their survival. Volunteers contribute actively to the wildlife research that is creating the basis for a future wildlife corridor, which is part of the overall strategy to keep the forest protected. Volunteers can also take part in developing new initiatives that keep the project sustainable, and creative volunteers have contributed to media-related projects that help mediate the importance of this prime location to the rest of the world. Volunteers also directly (and indirectly) support the work of the forest rangers, and other anti-poaching and community development efforts, that have kept this reserve deforestation-free despite continuous threats from illegal hunters and loggers. 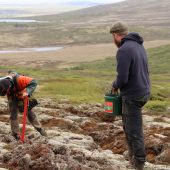 Iceland used to be a green, forested island at time of the Viking settlement. Since then it is estimated that the island has lost over 90% of its forest cover due to unsustainable land-use. Now large areas of the island are suffering from heavy soil erosion and desertification. Volunteers help take action to right this wrong, one small plant at a time. Their actions do not only benefit Iceland, the effects are global by virtue of growing forests for carbon sequestration.  Volunteers work alongside the Icelandic Forestry Association in an area around Úlfljótsvatn lake in the southwest of Iceland. Parts of the area have been heavily eroded or degraded and is in an urgent need of attention. Volunteers assist with the reforesting in the area, by planting seedlings and fertilising young trees. 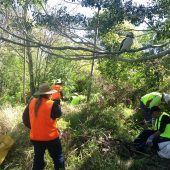 At one of the volunteer placements in Australia, volunteers help restore an ancient forest. Springbrook is an ancient Gondwanan Rainforest 70 km south of Brisbane in the Gold Coast Hinterland, covering 6,725 hectares. Over thousands of years of water and volcanic activity have carved a spectacular landscape of cliffs, gorges and waterfalls and much of this beautiful area is in pristine condition. However, it is in danger from climate pressures. Beneath the treetops, there is a world of vines, endangered plants and wildlife, streams, fungi and some of the oldest trees in the world. Volunteers help to protect and to restore this critically endangered bioregion through tree planting, weed removal and wildlife monitoring. 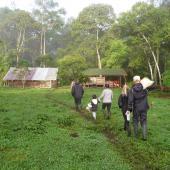 At the Cloud Forest reserve project in Ecuador, volunteers take part in sustainable forestry programmes to restore degraded areas and mitigate climate change. The station is working to restore several areas through natural regeneration, and by reforestation with tree species important to the natural environment. Volunteers assist in collecting and planting seeds, maintaining the nursery, transplanting seedlings, tree care, opening reforestation lines and conducting forestry inventories of planted trees to evaluate their growth and survival. Due to the worldwide demand for hardwood, it is important to plant trees for sustainable use, instead of cutting old-growth trees that belong to the natural forests. In addition to trying to resolve poverty, forestry also contributes to the fight against global warming. As volunteers gradually research the best methods for sustainable development, the reserve will also share this knowledge of agroforestry with local communities to encourage and enable them to adopt a similar approach. 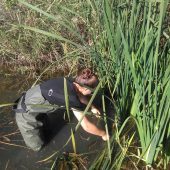 At the Conservation project located just outside the city of Valencia, volunteers work daily in the Albufera Natural Park. This is one of the most important wetland areas of Spain and one of the most emblematic and important places in Valencia, due to its biodiversity and great ecological interest. It is home to a wide range of wildlife, including species in danger of extinction, and is declared by the European Union as a place of Special protection. However, Albufera also supports intense agriculture (in particular rice), industry, hunting and tourism, which have had an impact on the environment. The conservation work that volunteers take part in is actively contributing to the recovery plan and park management activities that are done alongside the local staff. This includes tree planting, forest fire prevention measures, eradication of invasive species, wildlife monitoring and general park maintenance. 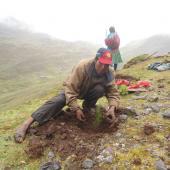 In and around the ancient city of Cusco, volunteers can actively contribute to make the region greener through reforestation efforts. The Reforestation project in Cusco city has volunteers actively plant trees, but can also include collecting seeds, do manual work on the tree nursery and everything in between to bring the city back to its greener days. Long-term volunteers can also join a much larger scale project in the Andes region of Cusco, by working alongside locals on the Environmental Conservation project. Through reforestation efforts, the project is providing not only the local communities a new sustainable livelihood, but is mitigating climate change in the process and gradually reforesting the Andes region. 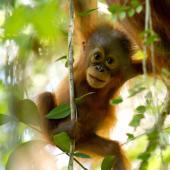 Not much unlike the Amazon rainforest, the jungles of Indonesia are increasingly being cut down, in particular for timber and palm oil production. This has had a grave effect not only on the wildlife living there, but also for the function of forests as carbon sinks. Volunteers on the Orangutan conservation project actively help the project with conserving and restoring particular parts of rainforest in Borneo through scientific research of wildlife and the forest. This helps the project establish the basis for further forest protection and management. Tasks also include seedling replanting and work in the nursery, as well as being part of environmental education activities that teach local children about the importance of biodiversity and conservation 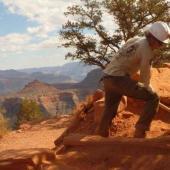 Over the last 15 years, volunteers have been involved in revegetation of native plants and have worked with nurseries, biologists, and ecologists across the state of California however long they have joined the projects. Related to climate change mitigation, volunteers work to help to prevent damaging wildfires with fuels mitigation, forest thinning, and fuels reduction projects. Another issue directly related to climate change is invasive plant species and habitat degradation. Volunteers and staff are constantly removing invasive plants, so that native species can thrive and it can make for a healthier ecosystem.

If you have any questions about a particular project, how to join or anything in between, then please don’t hesitate to write to us on info@workingabroad.com

The Impact of Covid-19 on Elephant Well-being in Thailand

The Elephant Sanctuary in Thailand has struggled to look after their rescued elephants and animals since Covid-19 hit, which has affected elephants in the region greatly since the lockdown started.

Battling Heartbreak and Despair with Hope, and the ‘little things’ in Life

WorkingAbroad director, Vicky McNeil, brings a personal account of how Covid-19 is threatening decades of work in the eco-volunteering sector, as the pandemic brings much uncertainty about the future.

Community, Environment & Wildlife, From the Field

Looking after a Community during the lockdown in South Africa

The Ocean Research Conservation project in South Africa is working hard to keep their community work going during the Covid-19 lockdown that has affected the local communities in Plettenberg Bay.