I have been in Costa Rica for two months now working as a Wildlife Biology Intern at the Wildlife Rescue Volunteer Project, helping with conservation efforts. Since I’ve been here I have learnt to syringe feed monkeys, tube feed opossums, handle porcupines and squirrels, restrain animals, track wild monkeys using GPS data and administer medication. It is safe to say I have learnt more than I could have ever envisioned. 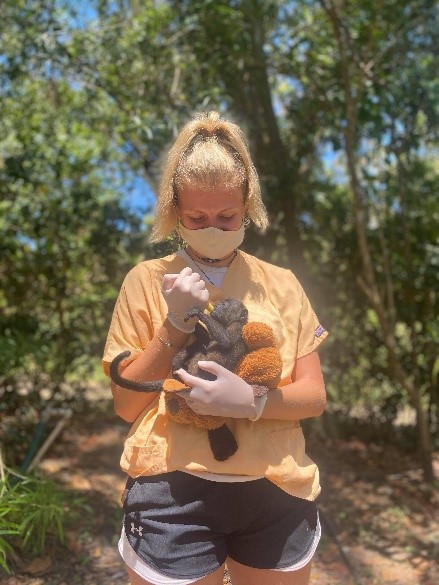 Of course, there are ups and downs. Working in 30-degree heat, bug bites, early starts and late nights often take a toll on my work ethic. The sad part of working in a rescue centre is that we can’t save every animal. Week by week we have animals brought in that are too sick to rehabilitate. But one release can erase all of this heartbreak. To see an animal be released back to where it belongs after months of intense rehabilitation makes you forget about all of these difficulties. The fact of the matter is that most of these animals are injured or orphaned as a direct or indirect result of human activity.

Uma, our four-month-old baby howler monkey, came to the centre a month ago when her mother was electrocuted by a power line. Unfortunately, this is a common occurrence here in Costa Rica where only 2% of the countries power lines are insulated. Uma will stay at the centre for the next two years until she is mature enough to be released. We will pay for all of her food, medical needs, enclosures and any other expenses that may occur at this time.

If it wasn’t for human activity, she would still be in the wild where she belongs with her mother. It is a difficult problem to solve, but one that must be tackled. In fact, most of the animals here at the centre are howler monkeys that have been electrocuted. A lot of the time, the electrocuted monkeys fall to the ground and are attacked by dogs. This is another problem in Costa Rica; domesticated dogs are allowed to roam freely in the streets. Howler monkeys are completely arboreal so when they are on the ground, they are vulnerable to attacks from dogs.

The importance of community involvement in conservation efforts

Electrocution and dog attacks are some of the biggest threats howler monkeys face. But what is the most effective way these issues can be solved? The importance of community involvement and education can not be underestimated. 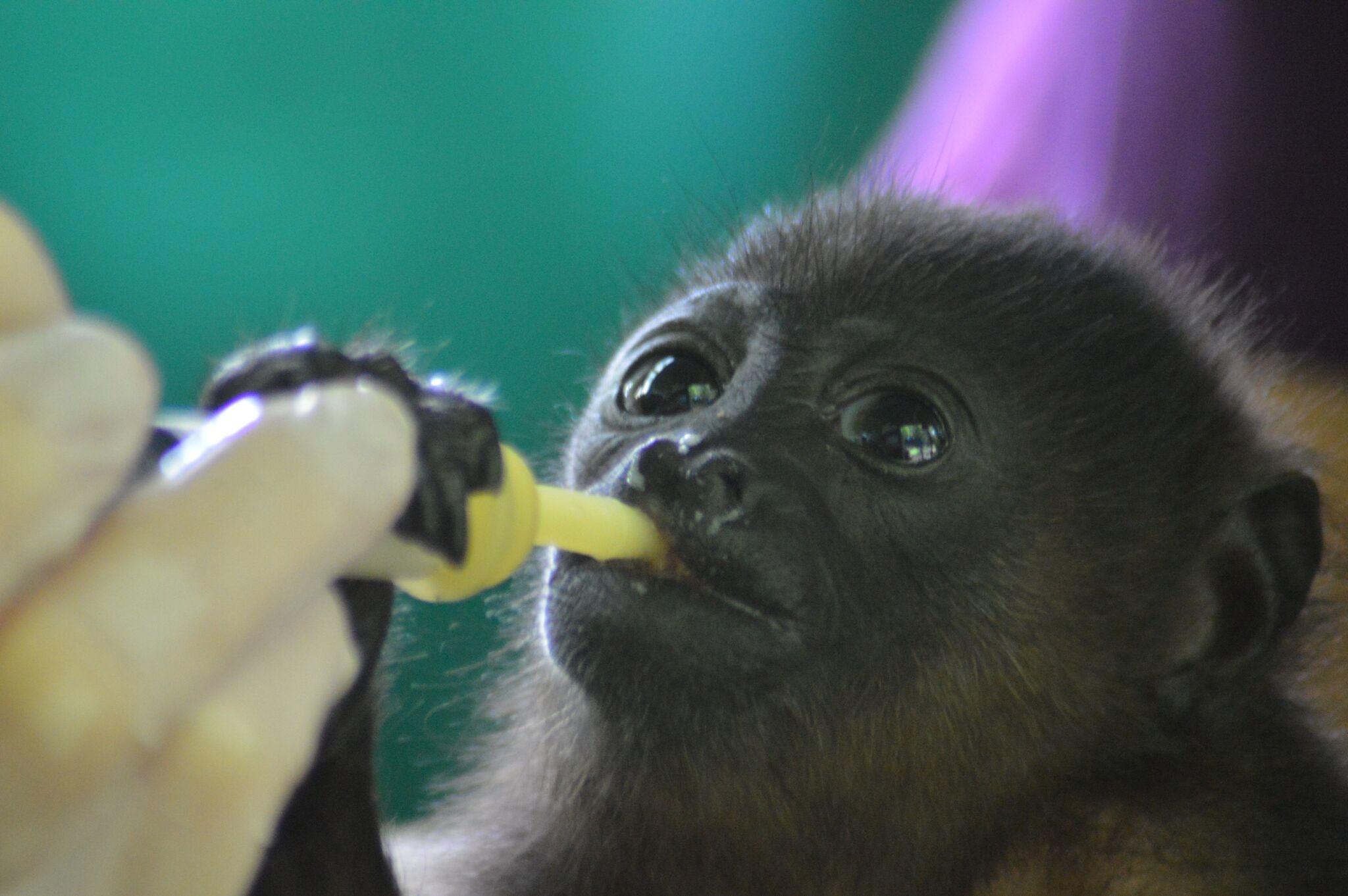 Insulating power lines are expensive and have to be privately funded, meaning we would have to outreach to landowners or collect funds to pay for this insulation. Furthermore, encouraging pet owners to keep their dogs contained within their properties or on leashes would further reduce the instances of dog attacks. The process of community education would be difficult, time-consuming and possibly unsuccessful. But the potential benefits would make these hardships worth the while.

To tackle the problem of howler monkey deaths directly at the source is the most effective way to preserve the population. Starting a conversation within communities about conservation and making local people feel involved and appreciated can lead to immeasurable success.

How can conservation efforts improve if communities are involved more in the future?

If all rescue centres in Costa Rica took this approach, a wider audience across the country could be reached which would hugely impact the success of conservation attempts. With community education, monkeys like Uma and the many others at the centre would still be thriving in the wild. As fantastic as it is caring for these animals daily, this isn’t where they should be.

The Wildlife Rescue Centre is also a pioneer of Scarlett Macaw breeding. Recently, 14 more Scarlett Macaws were released into the area taking the total population to 20. This is the first time Scarlett Macaws have been seen in this area since they became extinct in the Nicoya Peninsula many years ago. Locals are excited to see these beautiful birds soaring through the skies and are encouraged to report sightings to the centre. This is a fantastic example of a conservation success story, achieved by the hard work of all of the staff and volunteers here. 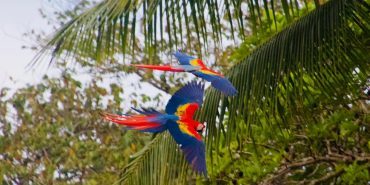 The other rescue centres and sanctuaries I have worked at also have excellent success with community involvement. Playa Tortuga excites the local people by engaging with them over Instagram and inviting them to beach clean-ups and turtle releases.

The Elephant Sanctuary Project in Cambodia has also succeeded in giving back to local people and whilst upholding the welfare of their elephants. Almost all of the elephants were previously used as working elephants. The Elephant Sanctuary Project pays the elephants, previous owners, as a ‘trade’ for their elephants, which are now kept at the sanctuary and allowed to roam free in the jungle and learn how to be elephants again. It’s amazing what can happen when we work together towards conservation. These success stories are proof that communities play a huge part in conservation.