Croatia probably isn’t the first country that would come to mind if someone asked you to name a place that did a good job protecting its sea, but it does a better job than most. According to a new report, called the Positive Oceans Index, Croatia is one of the better nations in Europe at ensuring its sea is kept healthy.

The report looked at how countries protect their oceans in four vital areas: marine biodiversity; coastal development and infrastructure; leisure activities, and conservation and regeneration. Croatia achieved a score of 6.1/10. Now we know what you’re thinking, ‘that’s barely a passing grade’. That is true, Croatia still has much to do in order to move up the list of rankings.

The lowest score on the list of 50 countries went to China, which only managed a total of 4.5/10. Singapore, Jamaica, Iceland and Egypt were the other bottom five countries on the list, none of which achieved a passing grade. Comparatively, the highest score was given to New Zealand, which achieved a fantastic total of 8/10! Australia, Chile, Canada, and the UK rounded out the top five of the list, all with a score over 7/10.

How can we protect Croatia’s sea?

Croatia itself has over 1,000 islands in the Adriatic Sea, home to many amazing species of marine life and over 5,000 km of coastline. An environmental implementation review by the European Commission in 2019 noted that,

“Croatia is characterised by a rich natural heritage, with an abundance of water, coastal waters, natural parks and marine and terrestrial ecosystems. Its economic development and in particular the tourism sector depend largely on these resources. Effective natural resources management, increased investments and ensuring compliance with the EU environmental legislation are essential to sustain Croatia’s economic development.” 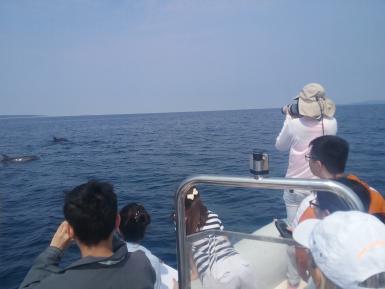 The review pointed out that, “sustainable tourism must be promoted to avoid negative impacts on natural resources.”

How can you help in Croatia?

WorkingAbroad is one of the organisations which supports a sustainable volunteer project in Croatia with its Bottlenose Dolphin Research Project. Volunteers focus on dolphin population dynamics, photo – identification, behavioural sampling and acoustic monitoring.

The bottlenose dolphin is probably the best known of all the dolphin species, growing to a length of about three to four metres in the Adriatic Sea. They are considered one of the smartest animals on earth and possess one of the most complex communication systems of the animal kingdom. Furthermore, they are also very curious animals and not shy about approaching people to investigate them.

Thankfully, population numbers for the species are considered good around the world but many of the dolphins live close to shore. Unfortunately, this increases the risk of human-related injury or death, from activities such as commercial fishing. They are also exposed to harmful pollution, such as plastic and oil spills, as well as other types of human interaction, including underwater noise from boats. 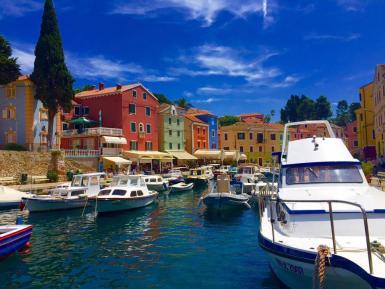 he Bottlenose Dolphin Research project is based around the amazing island of Lošinj, in the northern Adriatic Sea. This beautiful region has some of the cleanest waters in the whole of the Adriatic. The WorkingAbroad project runs from May to September each year if you’re looking for a meaningful way to help advance our knowledge of these truly magnificent creatures. Furthermore, you can check out this video that shows what people can expect on the project through the eyes of staff and volunteers.

The International Union for the Conservation of Nature points out that “between six and seven thousand species of flora and fauna may live in the Croatian part of Adriatic Sea.” Plus, the “region, with mild Mediterranean climate and karst, has an exceptionally large number of endemic plant and animal species.” The IUCN points out though that while Croatia has a higher number of species than many other countries of its size, quite a few of those species are at risk.

It is vital to continue to learn about the species, such as the bottlenose dolphin, in the Adriatic Sea in Croatian waters and come up with innovative strategies to ensure their protection for future generations.