The weather gets colder and the sun sets earlier, making way for the approaching winter. Far from the city rush, snow falls from the dark sky in the Slovak mountains, covering the frozen ground like a white blanket. The smooth surface is only broken by the imprints of paws, an echo of the wolf pack that passed through in search of prey.

Wolves in Slovakia are protected by law (Slovakia finally bans wolf hunting, now a fully-protected species (emerging-europe.com) in a recent move which hoped to help with the decreasing numbers of animals whose importance within the ecosystem has been underestimated. But even with legislation protecting them, wolves can’t seem to shake off the bad reputation (Wolves Are Mercilessly Targeted For Their ‘Bad Reputation’ – Here’s How We Can Stop That – One Green Planet) which prevents them from fulfilling their much-needed role in nature.


Wolves are territorial animals (Wolf Territorial Behavior and Dispersion – Wolf Facts and Information (wolfworlds.com) which can sometimes cover up to fifty kilometres in a night and move within quite a large radius of up to 15,000 hectares. That is the reason that each pack’s territory can extend to multiple huntsmen’s hunting grounds and why there are discrepancies (Project Details | Wolf Tracking Volunteer, Slovakia | WorkingAbroad) between the number of wolves reported by Slovak environmentalists and the huntsmen themselves. 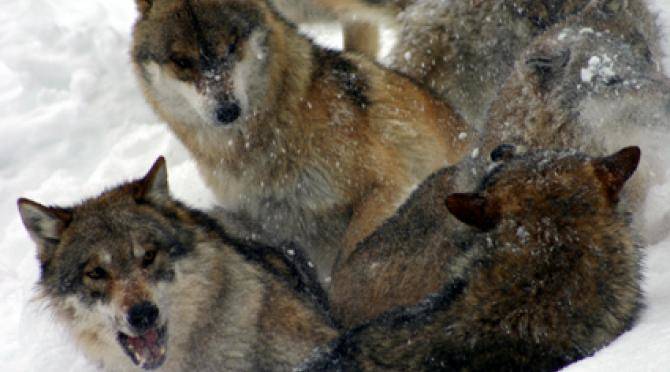 “It’s easy to make a mistake counting the imprints in the snow. If we have a pack of six wolves, which ran through five different hunting grounds, they can be easily counted as thirty wolves even though this wasn’t deliberate,” explains environmentalist Karol Kalisky. “It is quite common and also happens with other animals.” Having worked for Slovakia’s Low Tatras national park (National Park of the Low Tatras – Visit Liptov), Karol is involved in both wildlife protection and photography. However, this is where he highlights the importance of fieldwork in avoiding such mistakes.

While Karol points out that the mistake is often unintentional, he adds that when hunting wolves was still legal there was a clear motivation for the huntsmen to distort the numbers as they are seen as trophy animals. “The hunting also influences the dynamic within the packs, which function like families,” Karol says. “There’s a leading couple and the other wolves are their offspring. The leading couple doesn’t allow the others to mate, so the offspring take care of the newborn cubs within the pack. If the huntsmen shoot the pack’s leading male, for example, the family effectively loses its father.”

According to Karol, the mother then has to hunt alone, so she is likely to choose easier prey like agricultural animals. This in turn reinforces the reputation of wolves as pests and fuels more hunting in a never-ending loop. 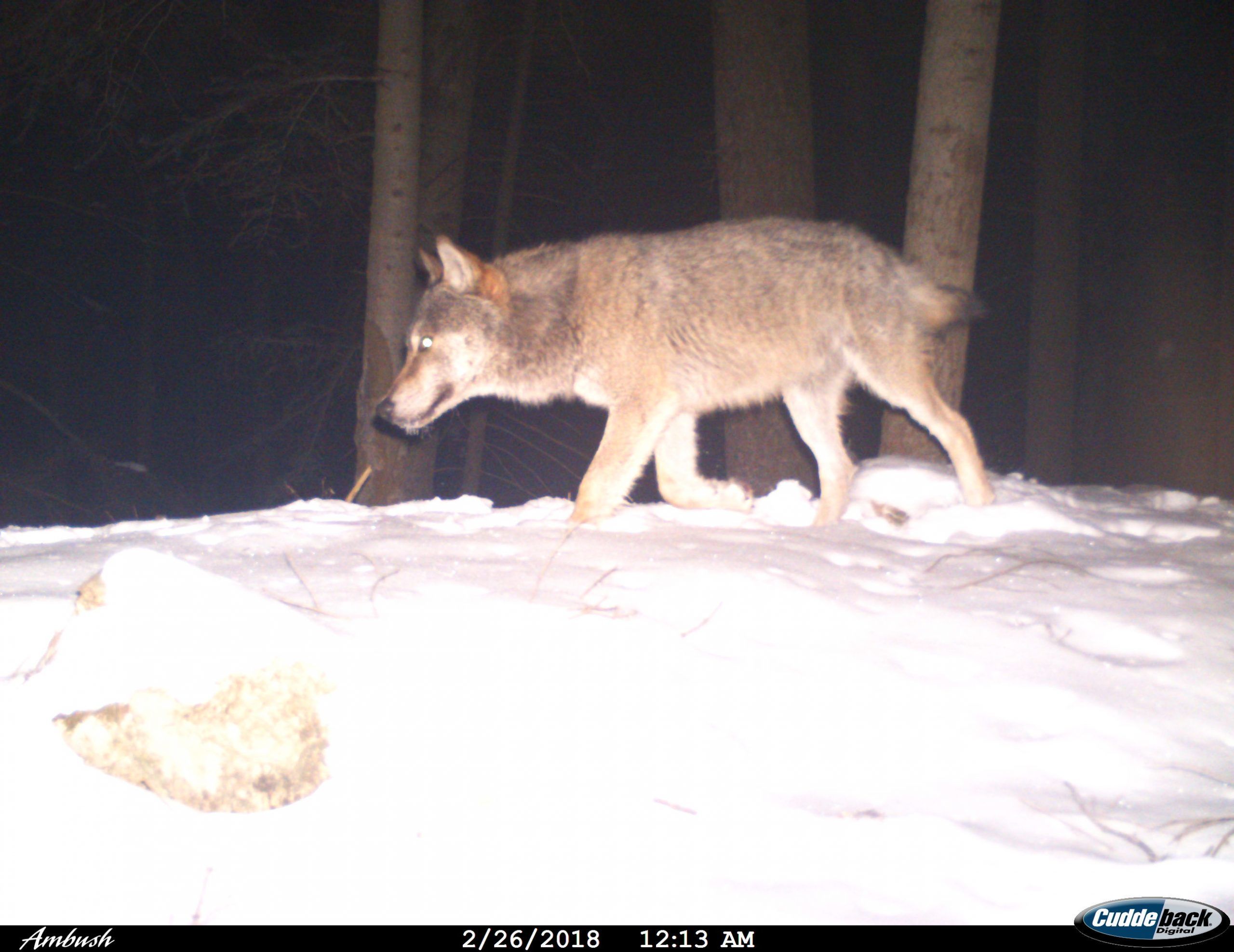 Overpopulation of certain species of animals which causes damage to forest scrub as well as agricultural land is a commonly brought up issue within the forest caretakers community. Karol outlines that wolves can help massively with the elimination of these animals. However, in a peculiar contrast, forest caretakers are usually those who chase after the wolves, which would otherwise help them with regulating the number of deer and other similar animals, he says. “The wolf can protect the scrub against the damages very effectively, while the damages caused by big beasts are negligible in comparison,” Karol adds.

The wolf is also a well-known forest doctor – “he can efficiently find sick, weak or injured animals,” Karol explains. He continues that wolves can assess the animal’s health before they start hunting, using scent. From smelling a doe’s urine, for example, the wolf knows what condition the animal is in. “From that, the wolf can gather an enormous amount of information based on which he can make a decision and about which we needn’t have the slightest idea.

“If huntsmen were genuinely trying to protect the ecosystem, they wouldn’t have a reason to shoot wolves. On the contrary, they should be interested in letting wolves fulfil their roles by regulating the numbers of animals to keep them within natural levels,” Karol argues. “It is only the wolf that can do this – and it can only do it when the population is not interfered with. The autoregulative mechanism with wolves is such that their numbers will adapt to the amount of feed. 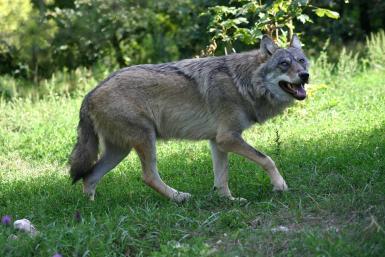 “The idea that if we don’t shoot wolves, they become overpopulated and will eat all the deer is nonsense and a product of linear thinking. The environment’s ecology shows us the complete opposite.”

To illustrate his point, Karol uses the example of Abruzzo, Lazio and Molise national park, (Abruzzo National Park, Gran Sasso, Marsican Brown Bears and nature (abruzzo-villas.com) located in southern Italy. He says that living long-term in a territory which makes up for only over half of Slovak Tatra mountains are about ten packs of an average of ten wolves each. “And yet there are enough animals – this is what it looks like when nature’s not interfered with,” Karol remarks.

He concludes that while the situation in Slovakia has gotten better since the wolf became protected by law, there is still a lot of room for improvement. “Globally, national parks are protected areas, while in Slovakia they are merely lines on the map and still part of hunting grounds. Slovakia’s protected areas aren’t big enough even for one wolfpack.”

How can You Get Involved? 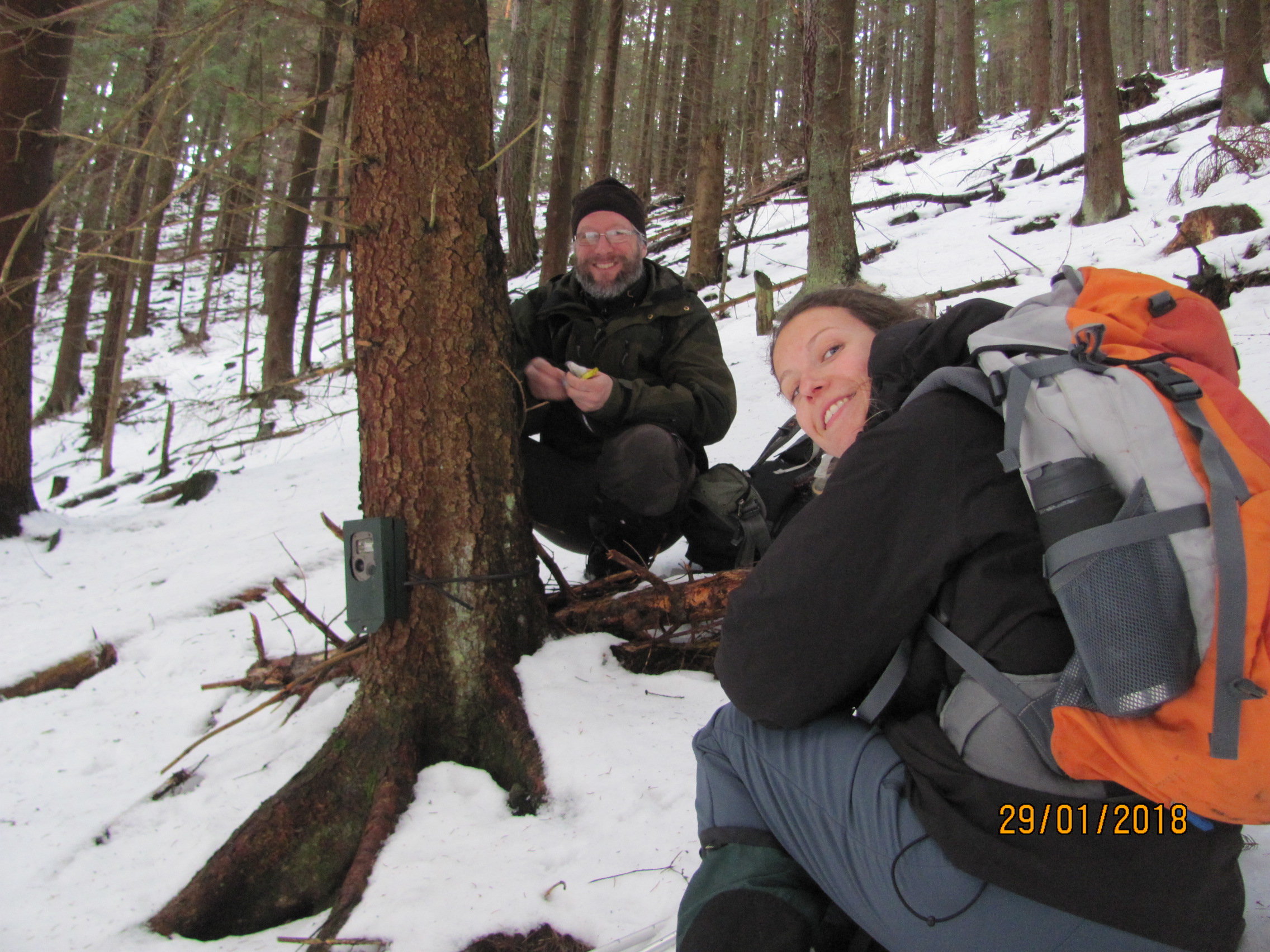 Our project in Slovakia works directly to try to solve these issues. Our White Wilderness – Carpathian Wolf Tracking Volunteer Project allows you to track wolves and lynx in the Carpathian Mountains and learn about the art of tracking, reading signs in nature and also about the plight of the mythic wolf.

This provides a rare opportunity to spend time in the deep wilderness with expert trackers, wolf and lynx researchers & wildlife photographers in the midst of winter, when the wilderness is white and the tracks are clear.

As suggested in this blog, while some environmentalists claim that the annual winter hunting season leaves less than 150 wolves in Slovakia, official game statistics list more than 2,000: a huge difference! And it’s a similar situation with lynx. Are predators being hunted towards extinction, as the environmentalists say, or becoming too numerous, as hunters claim? The dispute shows the clear need for reliable, objective methods to estimate the number of predators.

The White Wilderness project brings together international volunteers and local people, nature conservationists, foresters, landowners and hunters. Under the close supervision of experienced project staff, volunteers track wolves and lynx and collect samples for DNA analysis, which will allow us to determine the minimum number of animals in the area as well as to detect changes which could require urgent intervention. 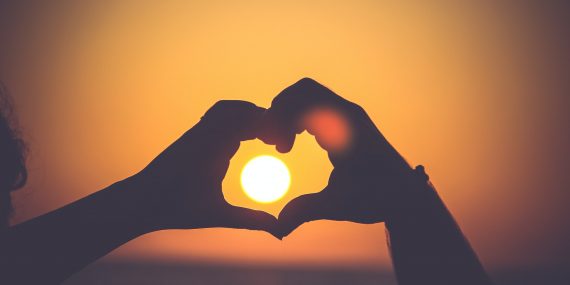 We have compiled a list that represents the 13 best environmental conservation volunteer projects to join in 2021. These volunteer abroad project have all received great feedback about their work towards the preservation of wildlife, forests and marine environments. 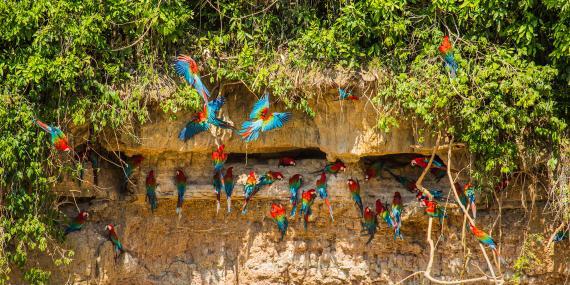 Clay Licks: The Salty Oases of the Amazon Rainforest

Picture this: you are venturing deep into the hot jungle of the Amazon rainforest. The temperature is burning, you are sweltering under the high humidity and you are fighting off the mosquitos. You could be either walking along a narrow jungle trail along a stream underneath the looming green forest canopy or in a small […] 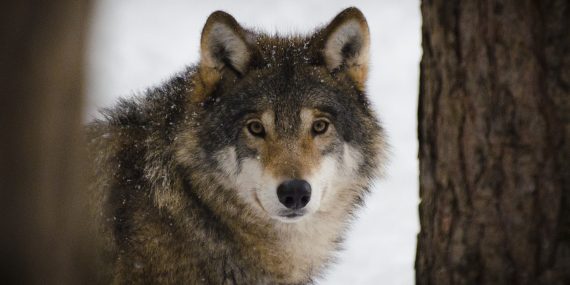 The weather gets colder and the sun sets earlier, making way for the approaching winter. Far from the city rush, snow falls from the dark sky in the Slovak mountains, covering the frozen ground like a white blanket. The smooth surface is only broken by the imprints of paws, an echo of the wolf pack […]