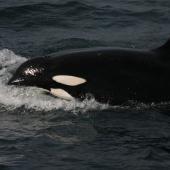 The Sea Search Research and Conservation group is a collective of professional scientists and students with a strong academic background in the area of marine mammal science. Their primary focus is the production of peer-reviewed scientific research and student training. They also provide specialist consultancy services and work with industry and government to promote conservation through effective management.

This Research Internship is a once in a lifetime opportunity for students and enthusiasts to join scientists during a busy and active fieldwork season with a focus on finding killer whales around Cape Town!

Interns will be involved in all aspects of data collection, helping the Sea Search team and our collaborators to track down these fast moving top predators through a combination of boat surveys, shore based monitoring and responding to sighting reports. Research focuses on collecting skin samples for use in global genetic and trophic ecology studies, attachment of satellite transmitters to study movements and photo-identification data to study the population size and individual movements. We will also be collecting acoustic recordings of animals and deploying moored hydrophones for long-term monitoring.

Office based work will include:
Data management, Acoustic & photo-ID processing and Analysis.

– 1) the collection of historical and current data for all cetacean species found in False Bay to determine habitat use, seasonality and other baseline data;

– 3) the population linkages between this species in False Bay and other areas further east in its range.This information is of importance to the management of protected areas and species and is critical to guide prediction models on the influences of climate change on cetacea.

Accommodation is available in a clean and fully fitted Air B&B accommodation in Muizenberg (at your own charge if you join the Volunteer Programme) and if the spaces are full, you can also stay in a nearby guest house/backpackers. Food is the responsibility of each person and would be at your own cost. Wifi is also available in the Air B&B Accommodation and if not, Internet access at the office is available for work purposes and emails.

Interns/volunteers often buy a SIM card for mobile phones, which are available at most supermarkets and you can easily buy pre-paid airtime. Muizenberg has ATMS, banks, food, and clothing shops, restaurants, pubs and a mall (Blue Route Mall).

The opportunity to join this research project internship is on offer for two to six months throughout the year.