The weather in the Western Cape varies from warm summers (October to March), chilly and rainy autumn and winter (April to July), and fresh spring days (August and September), so make sure to pack for the right months. It is always wise to look at the weather forecasts as the seasons do vary a lot.

The big cat sanctuary is also situated close to many of South Africa’s top tourist attractions – Cape Town with its Table Mountain, Robben Island, Cape Point to mention a few. Hermanus with its whale watching cove and wine tasting. Gansbaai with its white shark diving, and some of the world’s most amazing beaches on your doorstep. 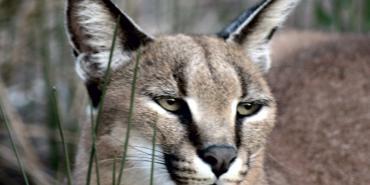 This project aims to secure a prosperous future for lions and other big cats, and give them the opportunity to live the life they are meant for. It aims to try to tackle some of the problems surrounding the wildlife trade in South Africa, which we feel all volunteers should be made aware of, and are outlined below in more detail for your information;

Tiger and lion bone trade
The tiger and lion bone trade is the illegal poaching and/or legal breeding of these species to be killed for body parts which are used in Asian traditional medicine. The multibillion-dollar business of buying and selling articles such as fur and bones of protected wildlife, is one of the largest sources of criminal earnings, second to arms smuggling and drug trafficking.

Cub Petting
One of the Sanctuary’s main purposes is to raise awareness around the canned hunting industry, and be part of the solution to the thousands of captive lions being exploited at the many cub-petting, breeding and hunting farms all around South Africa. In most cub petting locations, the cubs are taken away from the mother so she is left to breed again, whilst the cubs are hand reared for the tourism and hunting industry. The cubs are used as a marketing tool all over the world to attract thousands of tourists and volunteers to interact with them, in order to make them tame to be easily hunted as an adult – either for a trophy or for its body parts. The price to shoot a tame lion and claim its head as a trophy is up to R350.000, which is paid by the many hunting tourists visiting South Africa.

Breeding Farms in South Africa
There are over 200 breeding farms in South Africa, housing around 8000 captive born lions. They argue that they are conserving the wild lion population by letting hunters shoot a captive-bred lion rather than exploiting the endangered wild populations. But the numbers speak for themselves as the wild lion population has decreased by over 80% over the last 20 years, leaving less than 20000 lions in the wild today.

Petitions for the protection of wildlife
With petitions being handed to governments all around the world to establish stricter laws and regulations for animal welfare, there will hopefully come an end to these unethical actions in the near future.

A good book on these subjects is ‘Cuddle Me Kill Me’ by Richard Peirce which is an in-depth look at the captive lion breeding industry in South Africa. You can find out more at: http://www.peirceshark.com/cuddle-me-kill-me/