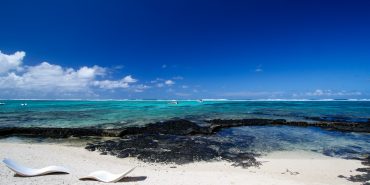 Found in the Mascarene Archipelago of the Indian Ocean, Mauritius lies east of Madagascar and Africa.  The island is lined with a magnificent turquoise lagoon along much of its coast.  Inland, there is a vast central plateau encircled by mountainous peaks and covered by lush tropical vegetation.

Set on this breathtaking lagoon, the volunteer project is in Pointe d’Esny, near Mahébourg, on the south-east coast of the island. Mahébourg is a colourful and lively town, steeped in Mauritian history and offers plenty of exciting activities.  Fisherman and shopkeepers ply the streets, adding to the dynamic atmosphere of this coastal treasure.

Dark volcanic rock makes for a stark contrast to the bright white sand on the long and open beaches of Pointe d’Esny.  Tropical fish swim just underneath the peaceful surface of the remarkably brilliant-blue water, which stretches out to a coral reef and open ocean just beyond.  Punctuating the western end, the Blue Bay marine park, a UNESCO world heritage site, is a rich and lively underwater ecosystem brimming with coral and marine life.

The island experiences a tropical maritime climate throughout the year.  November to April mark the warm humid summer months while June to September are characterised by a relatively cool and dry weather.  Temperatures on the coast vary between 34°C in summer and 22°C in winter.  Sea temperatures vary between 22°C and 27°C. In the central part of the island, the maximum daytime temperature varies from about 19°C in August to about 26°C in February. The western and northern regions are warmer and relatively drier than the East and the South.  High factor suncream is advised for all volunteers! 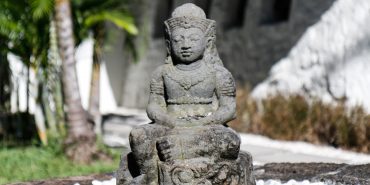 The population of Mauritius is about 1,300,000.  It has the highest population density in Africa with around 700 inhabitants/ km2! The capital, Port Louis, accounts for 150000 inhabitants. Mauritius is a blend of diverse cultures and religions. The population consists of Hindus, Creole, Chinese, Muslims and Europeans.  On the island, freedom of religion is a constitutional right.

English is the official language of Mauritius.  However, French and the local language Creole are widely used. Hindi, Urdu and Chinese are also spoken.

Life as a Volunteer and Intern in Mauritius!

Watch highlights from the programme’s volunteer work in Mauritius below. This video showcases the lagoon and turtle monitoring programmes and speaks to different members of the team!  Check out the travel guides, here and here to see just what awaits you on this paradise island!