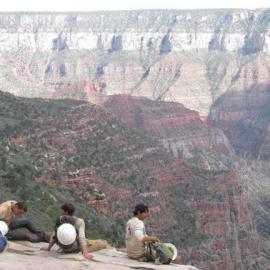 Central California –Located in California’s Central Valley, Sacramento summers are hot, arid, and mostly clear while the winters are short, cold, and wet. The temperature range over the course of a typical year is anywhere from 39°F to 94°F. With its roots as the state capital dating back to the 1850’s, when the discovery of gold at nearby Sutter Creek initiated the Gold Rush, Sacramento boasts a vibrant and historic downtown, whether within the restaurants and museums in ‘Old Sacramento’ or at the nearby State Capitol building and museum. Sacramento also hosts a nearby international airport and has a multitude of bus and light rail routes offered through Sacramento Regional Transit for easy transportation throughout the city. Hiking, mountain biking, or water sport activities in Lake Tahoe are only a 2 hour drive Northeast. Historic, yet modern, San Francisco is alternatively only a 1.5 hour drive Southwest, while the infamous Yosemite National park is a mere 3 hour drive Southeast. Whether checking out local museums or traveling a bit further for world-renowned outdoor adventures, the Central California branch offers something enticing for everyone!

Southern California –Sitting at 2,300 ft. elevation in California’s high desert, Ridgecrest summers are hot and arid, while winters are cold and dry. The temperature range over the course of a typical year is anywhere from 30°F to 103°F. Conveniently, Ridgecrest is within a couple hours’ drive to some of California’s most visited destinations. ACE participants can go to the highest point in the continental United States (Mt. Whitney) and the lowest point (Death Valley) within about an hour and a half drive from Ridgecrest; and for those interested in the city life, Los Angeles is only a 2.5 hr drive Southwest! Locally, the area hosts two museums, the largest concentration of Native American petroglyphs in the western hemisphere, a living ghost town, and several geological attractions including the otherworldly Trona Pinnacles. For those into Sci-fi movies, the Trona Pinnacles will look oddly familiar if you’ve seen movies such as “Planet of the Apes” and “Star Trek”. Whether checking out exotic plant and animal life of the surrounding high desert, hiking and rock climbing on some strange geological formations, or taking a quick drive to check out incredible outdoor attractions, the Southern California branch has something for everyone!

You will have between 2-5 days off between alternate project weeks. This will allow you to use this time to travel with new friends, explore endless beautiful areas, and to socialise with other volunteers from the US and from around the world.  We just ask that you return healthy and rested for the next project. You can go to the beach, take a road trip, rent a car, go rock climbing, and whatever you’d like to plan.

If you are under 21 and do not want to spend several weeks or months without drinking alcohol, unfortunately you will not be able to participate in this project. As a general principle, we support your time-off activities if they are legal based on local and state laws, and safe. Illegal, unsafe, and disrespectful activity will result in immediate dismissal from the project.

From the UK and most of Western Europe, volunteers take advantage of the VWP, Visa Waiver Program. No visa is required for 90 days or less of travel, and you just pay the ESTA fee. Here is a helpful resource: https://en.wikipedia.org/wiki/Visa_Waiver_Program