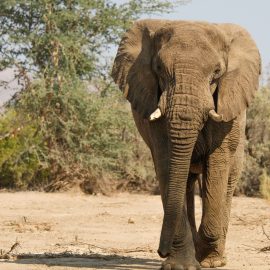 About the Desert Elephant Project

This project takes you to the northwestern regions of the Namib Desert, traditionally known as ‘Damaraland’. This harsh tribal wilderness area, runs parallel to the Skeleton Coast National Park, and is home to a small population of desert-adapted elephants.  This project is part of a long-term initiative to find solutions to the ever-growing problem of facilitating the peaceful co-habitation between the subsistence farmers, and the desert adapted elephants.

As a volunteer, you will work with the local subsistence farmers building protective walls around their water points to stop elephants causing damage.  In addition, you will take part in following and monitoring the movements of these elephants on patrol, camping wild and living close to the earth, elephants and people.

Opportunities to join for 2 weeks up to 12 weeks.  The project takes place in 2 week rotations. 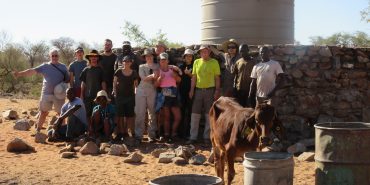 Week 1
Volunteers will first join a team in building walls around vitally important water sources for Damaraland homesteads. The walls are built to protect water pumping facilities: a borehole, solar panel and pump or windmill. The elephants are given access to the water at certain points, thus preventing them from damaging the pumping mechanics and allowing the farmers use of the clean, fresh water.

You will be camping and all cooking is done over the fire, everybody sharing camp duties. It is extremely intense work in the heat of the African sun doing hard physical labour, but you will undoubtedly finish the week with a great sense of achievement. The weekend is spent relaxing at the base camp in the Ugab River. 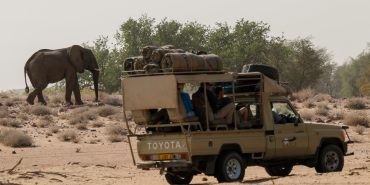 Week 2
You then head off on patrol for the next week. Patrols are lead by at least one experienced guide on their very specialised 4×4 vehicles, again with minimum of equipment, setting up camp at a different site every evening. You will be experiencing areas of Damaraland and surrounding desert that no safari or overland tour will ever venture into, tracking and observing their local desert-adapted elephant herds. Volunteers will help with herd identification and data collection projects, as well as camp logistics and upkeep.

This project is a perfect opportunity for people to really return to basic levels of living, learn simple camp-craft and survival skills and get back in touch with nature; whilst becoming directly involved in spearhead elephant conservation volunteer work. It is a chance to experience hard but rewarding work, witness amazing natural phenomena and escape the highly strung world and its day to day routine. 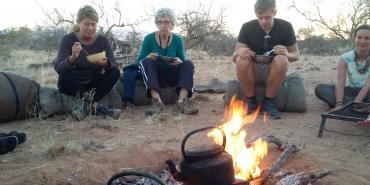 Besides a willing mind, and a strong back, you do not need any special training to work on this project.  During your time spent with there, they would teach you the following:

A Day as a Volunteer

During the first week you cheat the heat and wake up early, for your first cup of coffee around the campfire. After the team member on duty served breakfast, you head out to your project site for the day. 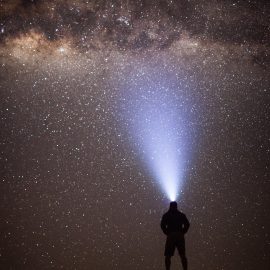 It is likely you will be busy constructing large protection walls around farmers water points, often windmills which are susceptible to damage by passing elephants. You will be constructing alternative drinking holes away from homesteads for elephants and also black rhino. You will also work on other projects such as teaching farmers wives to make paper using elephant dung, doing work on the base camp, helping community members build a tourist camp or fix a rural school.

You head to your camp for lunch and siesta. You could be tasked to update data forms, be on kitchen and camp duty for the day. The evenings are spent around the campfire, eating and talking about the day’s events. You live closely in the desert camp.

The second week is spent out on elephant patrol. You pack some basic camping equipment in the 4×4, and set off looking for the illusive elephants. On patrol you camp wild, and sleep under the stars and work as a team on the camp logistics. You follow elephants mostly in 4x4s, but also on foot, sometimes for hours under the desert sun, and sit patiently observing from some rocky outcrop whilst they laze away in the shade! This the life few ever have the privilege to live.

“This project is hands on, practical conservation which solves problems and saves elephants!   Volunteers can see the impact of their hard work in solving the problem of elephant human conflict.  The experience is as wild as it gets, volunteers get the chance to live in the wilderness away from other people, internet and cell phones with only the sounds of nature, the camp fire and fellow volunteers for company!” – Project Director