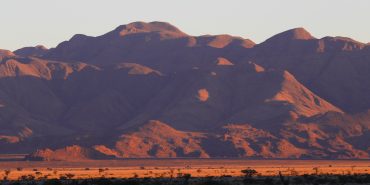 Namibia is in South West Africa, bordering on South Africa, Botswana, Angola and Zambia. Most of the work that the project does is concentrated in the North West region of Namibia, known as Damaraland. This is one of the areas of Namibia that is seeing an increase of wild Elephants returning to habitats that they have not lived in for hundreds of years. The project base camp is located on the Ugab River, Northwest of Uis and Northeast of the Brandberg Mountain. 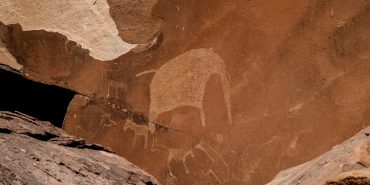 Damaraland is a vast, scarcely populated communal trust land. As it is a transitional zone between the high rainfall area in the east, and the Skeleton coast in the west, it is regarded as un-farmable on a commercial basis. Therefore it has become a natural, unfenced refuge for desert adapted wildlife such as; black rhino, oryx, giraffe, springbuck, kudu, steenbok, baboon, lion, leopard, cheetah, spotted hyena, brown hyena, black backed jackal and more. Volunteers will often have the chance to see some of these unique species when out tracking elephants.

These areas used to be inhabited by nomadic bushman hunter-gatherers, of whom there is lots of evidence in the form of thousands of rock paintings and engravings. Now, beyond the fringe of permanent settlements, only nomadic pastoral farmers, and tourists venture. This area is still regarded as one of the last true wilderness areas left on earth! 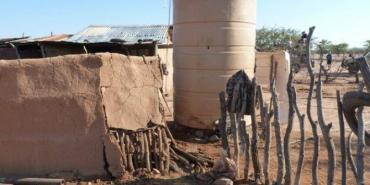 Over the past 20 years, the population of desert dwelling elephants in the region has grown from as low as 52 members to a current population of 150-200 elephants. As a result, elephants have expanded their range to the south and east into territories they have not occupied for many years. Subsistence farmers husbanding mainly cattle, goats and sheep, traditionally occupy these areas. As a result competition for water and grazing has escalated tremendously causing conflict between farmers and elephants. In their search for the source of water points elephants cause extensive damage to windmills, dams, reservoirs, hand-pumps and wells. As the farmers homesteads are normally located close to the water source, secondary damage is also caused and the lives of humans and livestock are threatened. 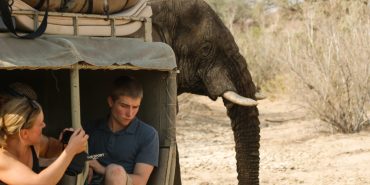 Through assisting these communities by constructing protective structures around water points, educating community members about elephant behaviour, creating alternative drinking points for the elephants and promoting tourism in the affected areas, you can assist in alleviating the current pressure facing communal farmers. Thereby helping to promote the future of the desert dwelling elephant in harmony with the continuous positive development of the conservancies and their ideals.

As a volunteer, you will be carrying out elephant conservation volunteer work, alongside a Namibian registered non-profit organisation that strives towards assisting the Ministry of Environment and Tourism and other NGO’s in promoting a mutually beneficial relationship between the humans and the desert adapted elephants of the northwestern regions of the Namib Desert. Working from mobile base camps in the vicinity of the Brandberg in the ephemeral Ugab River, you will immerse yourself in pioneer elephant conservation volunteer work. This project is not for those interested in bottle-feeding cuddly baby elephants.

Life as a Volunteer!

Watch this video clip to learn about the work that volunteers do building the protective walls around water sources and the importance of the work they are doing for local communities.  Also learn about patrol week and how volunteers get involved in tracking the desert elephants across the Damaraland.