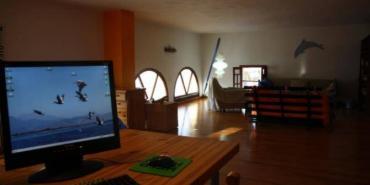 Volunteers will be based at the field base in Vonitsa, a small coastal village. The field base is less than 50 metres away from the shore, and is located within a two-story house that is divided into two areas. The main area is the living room and open kitchen area (refrigerator and gas stove), complete with a balcony, two bathrooms, two bedrooms and the main office. The second area is the loft, which is around 90 square metres and is used by volunteers during times of relaxation after working at sea, or during time off. The loft will also be used as a sleeping area of volunteers – bunk beds are provided within the loft area for each volunteer. 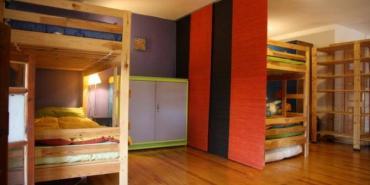 Electricity at the house is the standard 220 volts with a two-pin connection. Therefore, it is suggested volunteers either bring an adaptor or purchase travel electricals for their stay, Internet is also not provided at the field base, though an internet cafe is right around the corner and can provide volunteers with internet access for 2.5 Euros per hour until late at night, every day of the week. Volunteers who bring their own laptops will however be able to most probably get free wireless internet at many of the seaside cafes and bars. Further, as there is no air conditioning in the property, fans are used within the property to keep temperatures at a tolerable level within warmer months. 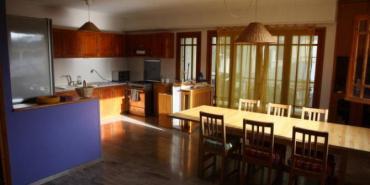 Food
Both volunteers and research assistants will be responsible for cooking on a rotation basis, though meal planning is typically a shared task. As all supermarkets are reachable by foot, volunteers can simply browse the local produce for ingredients before returning to the flat for ideas. Alternatively, there are many local restaurants that volunteers can dine at if they so desire, though the food is usually around 12 – 18 Euros in price.

There will always be a constant supply of water, ice and fresh juices at the field base for volunteers. Snacking foods are also provided. The dishwashing and general cleaning of the house are further shared duties.

Travel
Because of the localised area, vehicular travel is not particularly necessary – this is most notable for volunteers who are looking to explore the village. Much of the daily travelling can be done on foot, and as much of the research activities will be done at sea there is little need for extended travel periods during a stay. 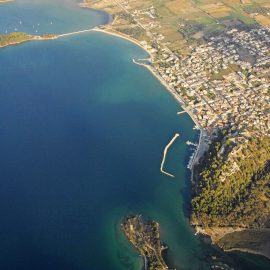 On the arrival day, all volunteers are to meet at the rendezvous point on the main pier on the seafront. As the meeting time is 3pm local time, any volunteers that arrive earlier are free to have lunch at a local restaurant or sit at the seafront and wait to meet other early arrivers.

Via ferry/overland
It is possible to travel via ferry to Ionian Greece from Italy, and then travel via road to Vonitsa. The arrival harbour in Greece is Igoumenitsa, which is around 100km north of Vonitsa. From there, volunteers can catch a bus to Preveza or Lefkada, and then take another bus to Vonitsa. Alternatively, volunteers can take a train through mainland Europe on InterCity trains or sleeper trains.

Via plane
Volunteers from across the world can travel via plane to Athens Airport, and from there take a bus to Vonitsa. Given this method of travel from Athens to Vonitsa is very straightforward, relatively quick (5 hour journey) and cheap (35 Euros one way, 55 Euros return ticket to Athens), it is the suggested form of travel. To reach Vonitsa by 3pm local time, volunteers should catch the 7am bus and expect to reach the rendezvous point by around midday.

During the summer months, flying to Flying to Preveza-Aktio Airport is sometimes cheaper for European volunteers. The airport is around 10km west of Vonitsa, so volunteers can simply catch a taxi for between 25-30 Euros – the journey time should take no longer than 20 minutes.