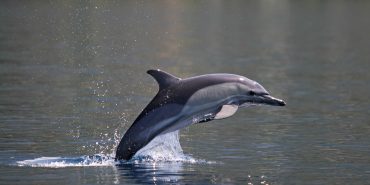 About the Dolphin Research Project

An opportunity for marine conservation volunteers to take part in Bottlenose Dolphin, Common Dolphin and Mediterranean Monk Seal research in the Ionian Sea. You can help with some of the following activities during your stay:

Dolphin research volunteers will be working alongside the project researchers on a daily basis, and upon sighting a dolphin volunteers will be expected to log angle and distance from the boat, as well as recording the size and spatial distribution of the dolphins (assuming there is a group). Work in general is fast-paced, and a lot of data needs to be recorded in a short space of time, so volunteers need to be alert continually throughout the boat journeys. 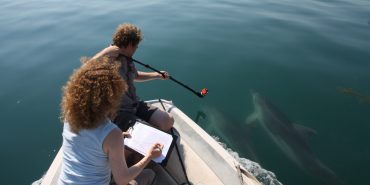 The primary study area is in the Gulf of Ambracia, specifically Vonitsa, where the field base of the project is located. The Gulf is a semi-closed basin, rich in nutrients, and is one of the most species-rich and species-abundant areas of Greece – Bottlenose Dolphins for instance are more densely-populated in this region than anywhere else in the Mediterranean Sea. Based on photo-identification analysis of nearly 50,000 dorsal fin images between 2001-2013, the Bottlenose displays high site-fidelity and rarely ventures outside of the Gulf.

The Inner Ionian Sea Archipelago, the second location of this project, is just a few kilometres south of the Gulf. Research initially focused on the ecology and behaviour of the Common Dolphin, though after their sharp decline between 1995 and 2007 (numbers dropped from 150 to just 15) the research area shifted to the research into causes of decline, and possible ways to mitigate high mortality rates. Monitoring between 2008 and 2018 has revealed that a small number still remains across a more expansive territory. 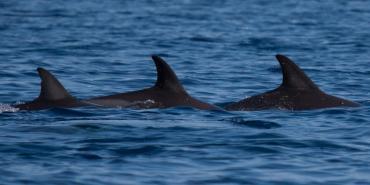 All dolphin research volunteers are expected to be comfortable with spending many hours at sea, whilst also being exposed to the sun for long periods given there are no shaded areas. Those prone to heatstroke and sunburn may therefore not find this project to be fully suitable. Volunteers should also be able to swim for safety reasons and weigh no more than 120kg (265 lbs) – so to ensure the boat remains in balance. A high level of physical fitness all-round is desirable.

The coastal waters of Greece still harbour a remarkable diversity of marine mammals compared to other parts of the Mediterranean. Volunteers work shoulder-to-shoulder with us to help us gain robust science-based knowledge dedicated to support the implementation of effective conservation measures. With their positive attitude and enthusiasm they also help us to send a strong message to the local community and to stimulate them to reflect about environmental issues; “if these volunteers have an interest in preserving our nature, an intrinsic part of who we are and our cultural heritage, why shouldn’t we care at least as much!” – Quote from the Project Director