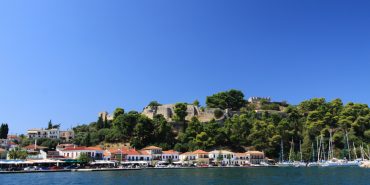 A traditional village along the Gulf of Ambracia, Vonitsa offers volunteers the chance to experience true Greek culture. With its large, medieval castle atop the village volunteers can see for miles out to sea from the walls, and Vonitsa’s coastal vicinity means that seafood can be appreciated in its finest and freshest form.

In a broader context, Vonitsa is found within one of the largest wetland areas that make up the Gulf. The area is home to a huge array of marine biodiversity, in addition to many species of avifauna that flock to the area due to the abundance of fish. Volunteers should, therefore, expect to see many rare species, such as the Dalmatian Pelican. 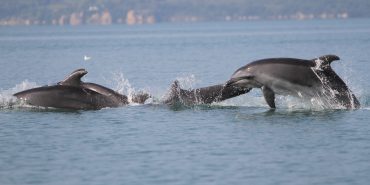 Dolphins found within the Ionian Coast have been facing many human-induced threats over the past few decades – human encroachment, general activity and habitat destruction have lead to the dolphins moving from their natural territory and into less preferable areas in terms of habitat quality. This Project aims to therefore establish long-term viability for two of the dolphin species, the Bottlenose Dolphin and the Short-Beaked Common Dolphin, in the Amvrakikos Gulf and the Inner Ionian Sea archipelago.

Below you can see a video showcasing the project and the research that is being carried out by the volunteers:

The Bottlenose Dolphin, for instance, one of the most common cetaceans in the Mediterranean, is now listed as Vulnerable on the IUCN Red List. Until the 1960s the species was a priority target of culling campaigns, and more recently populations have suffered due to the illegal dumping of fishing gear into the sea causing increased mortality levels, the overfishing of their food source, habitat degradation and pollution, and increased levels of traffic due to tourism. 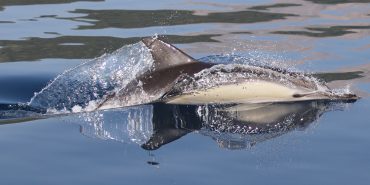 The Short-Beaked Common Dolphin, the other of the two species researched within this project, has suffered a similar fate to the Bottlenose Dolphin. Unlike the Bottlenose Dolphin however, this species is listed as Endangered on the IUCN Red List and is also listed in Appendix I and II of the Convention on the Conservation of Migratory Species.

It can get rather hot in the summer months (between 22-35°C), so volunteers should be able to cope with the heat. The sea is also usually very calm during the summer, though at times there are waves that may cause the sea to become rather choppy – sea sickness should not be an issue, however.