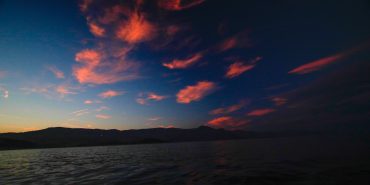 Useful Information about the Project Location

The project is conducted within the Ligurian Sea Cetacean Sanctuary, in an area delimited by Cote d’Azur (France), Tuscany, and northern Sardinia (Italy). In this region, particularly rich in nutrients, cetaceans are found in numbers that are higher than in other Mediterranean areas. The base harbour is in Sanremo (Italy), near the French border.

This research project — established in 1990 — is a long-term project focusing on the ecology, behaviour, feeding habits and conservation of the cetacean species living in the Pelagos Sanctuary, including fin whales, sperm whales, striped dolphins, long-finned pilot whales, and Risso’s dolphins. 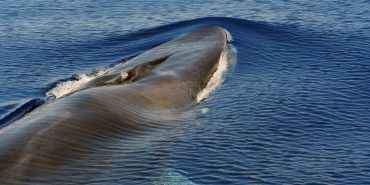 Research is conducted on board our research vessel “Pelagos”, a comfortable 21-meter motorsailer that cruises around the Ligurian Sea between Italy, France and Corsica from May to October, departing weekly from Sanremo, Italy. The Ligurian Sea presents both a deep-water and a shelf-slope habitat, suitable for the breeding and foraging needs of eight commonly occurring cetacean species. It has one of the highest concentrations of whales and dolphins in the Mediterranean.

The shallow waters of the continental shelf (0 to 200 m deep) are the preferred habitat of the common bottlenose dolphin (Tursiops truncatus). Some of the most intriguing marine mammals of the Mediterranean Sea inhabit the continental slope, i.e. the area where the sea bottom declines abruptly from 200 to 2000 m. This is the preferred habitat of sperm whales (Physeter macrocephalus), Risso’s dolphins (Grampus griseus) and Cuvier’s beaked whales (Ziphius cavirostris). 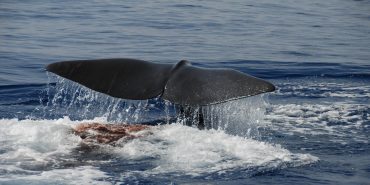 The sperm whale is the largest living odontocete (toothed whale). Cuvier’s beaked whales and Risso’s dolphins, despite their wide geographical distribution, are among the least studied cetaceans in the world. The pelagic area is defined as the open-water area where depth exceeds 2000 m. This is the main habitat of fin whales (Balaenoptera physalus), and long-finned pilot whales (Globicephala melas). The fin whales, growing up to 20 m long and weighing up to 70 tons, are the largest living animals encountered here. Genetic analysis, initiated within the project, has shown that the fin whale population of the Mediterranean Sea is genetically different from its Atlantic counterpart, suggesting that the Mediterranean population is well established and largely isolated from the Atlantic one. Striped dolphins (Stenella coeruleoalba) and the now rare short-beaked common dolphins (Delphinus delphis) are other fascinating creatures to study, and may be found in each of these habitats.

Life as a Volunteer in Italy!

Watch this video and learn about the life of a volunteer on board the Pelagos boat researching dolphins and whales in the Ligurian sea in the Mediterranean Sea.