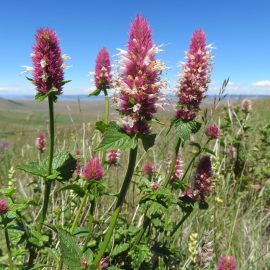 Useful Information about The Nature Conservancy

Each summer The Nature Conservancy conducts various botanical and ecological studies on its Zumwalt Prairie Preserve in Northeast Oregon. These efforts further our understanding of the unique biological diversity of the Zumwalt Prairie and how human actions affect it.  Volunteers with education and/or skills in botany, biology and other natural resource disciplines are needed to assist Conservancy staff in conducting these studies. 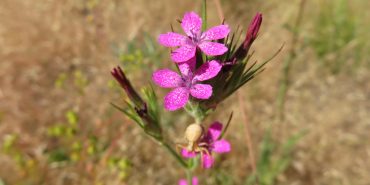 Background on the Zumwalt Prairie Preserve

Zumwalt Prairie Preserve, with its beautiful views of the Wallowas and Seven Devils mountains, is located on the edge of Hell’s Canyon in the far northeastern corner of Oregon, near the Idaho border. The 160,000-acre Zumwalt Prairie is the largest remaining fescue-dominated bunchgrass prairie in North America.  Abundant ground squirrels and pocket gophers attract a remarkable diversity of birds of prey.  Ferruginous and Swainson’s hawks (on the decline elsewhere in the western United States) thrive here, along with golden eagles, prairie falcons and red-tailed hawks. 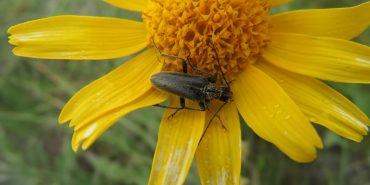 Purchased in October 2000, this is the Conservancy’s largest-ever single purchase of land in Oregon. To create a comprehensive management plan for the preserve, which includes guidelines for visitor use, the Conservancy’s staff ecologists began in 2001 with an inventory of the plants, wildlife and natural communities.  They continue to survey for native species and invasive weeds, study hydrologic and other natural processes that support the prairie ecosystem and identify needs for ecological restoration. The Conservancy seeks to build partnerships with schools, universities, agencies and other landowners and recruits interns to assist with research and restoration efforts at the preserve.

What to see at Zumwalt – Plants

This diverse preserve hosts nearly a dozen native bunch grasses and over 100 wildflower species. Early in the season, hoary balsamroot, camas and silky lupine put on a spectacular display. Later, goldenrod, pleated gentian, Gardner’s yampah and other species continue to provide colour and food for pollinating insects. The preserve is also home to one of the largest populations of the threatened Spalding’s catchfly which blooms in mid- to late-July. 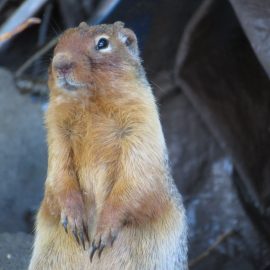 What to see at Zumwalt – Animals

Abundant ground squirrels and other prey support one of the highest known concentrations of breeding raptors in North America. Ferruginous and Swainson’s hawks, on the decline throughout the West, thrive here, along with golden eagles and prairie falcons. The prairie is also home to several ground-nesting songbirds including Savannah, vesper, grasshopper and Brewer’s sparrows. During the fall and winter, rough-legged hawks can be spotted after migrating south from arctic breeding grounds.

Large mammals found on the prairie include elk, mule deer, black bear and cougar. The preserve is also a great place to see coyote, short-tailed weasel and badger. Butterflies and snakes (including rattlesnakes) are other animals visitors may observe, and Snake River steelhead, federally listed as a threatened species, spawn in seven miles of the preserve’s 51 miles of intermittent and perennial streams, as do inland redband trout.