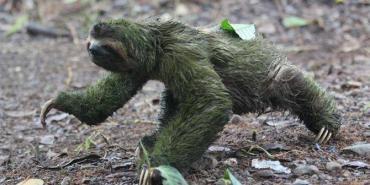 About the Pacific Sea Turtle Project

The Osa Peninsula is one of the most intensely biodiverse places on the planet and contains 2.5% of the world’s species crammed into an area the size of New York City! The Corcovado National Park, which takes up a third of the peninsula, is the crown jewel in Costa Rica’s park system and is home to more than 500 species of trees, 140 species of mammals, 370 species of birds, 40 species of freshwater fish, 120 amphibians and reptiles, more than 150 species of orchids and more than 6000 species of insect and butterfly. The waters around the peninsula are home to over 25 dolphin and whale species, all four species of Pacific sea turtles, sharks, manta rays, tuna, blue marlin and sailfish – to name but a few – and the Caño Island marine reserve in Drake Bay is a globally important mating area for humpback whales from both the northern and southern hemispheres!

The programme has been working with local communities to protect sea turtles in the Osa Peninsula for 12 years, and is based in Rincon de San Josecito Beach, on the north of Corcovado National Park. 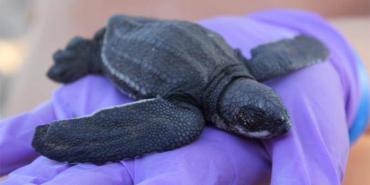 When is the best time to come?

Volunteers are needed at Playa Rincon Beach from the beginning of July to the end of January for 1 to 12 weeks in duration, every year.

The programmer’s site at cabanas Vista Bella offers volunteers the chance to protect the turtles on this beautiful, pristine and remote wilderness paradise. It is the home to over 100 turtles per season, most of them Olive Ridley, but also a few Green and Hawksbill Sea turtles.

The Rincon site is located at the end of the road leading to Drake Bay, almost 3 hours walk to the San Pedrillo Ranger Station of Corcovado National Park. It’s a really remote area, with a small community around, and the best sunsets of the world!

Before the project was established on this beach, there was no one to protect the nests and as a result, all the nests had been removed by the poachers. Since the project started, just less than 5% of the nests are poached, so it is a very successful project as a result of this. The hatchery is the best method to keep the nests safe from illegal extraction and also from the increasing rise of the sea level. 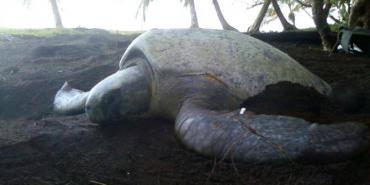 As a volunteer, you will be working under the direct supervision of a Scientific Supervisor throughout your time at the programme. Activities include:

“Volunteers play an essential role in our sea turtle conservation project in Osa by relocating the turtle eggs to a nursery, protecting them 24/7 and then releasing them back to the ocean as soon as they are born. By removing all the threats until the hatchlings make it to the sea, we are giving them a better chance to make it to adulthood and reproduce, which is key to the survival of the species” – quote by Project Director