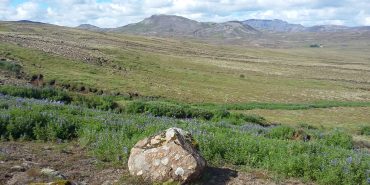 About the Iceland Reforestation Project

Iceland is one of the most deforested countries in Europe. At the time of settlement (9th century) an estimated quarter of the country was covered by birch woodlands, whereas today forests only cover a little over 1%.  The forests were felled for timber, cleared for agriculture by burning and grazed by domestic animals brought by the settlers. Together with the harsh climate, volcanic activity and vulnerable soil formation, this forest clearance led to massive forest destruction and subsequent soil erosion. The necessity of engaging in some sort of remedial actions has long been known, but organised forestry as such only began around the turn of the 20th century. Early on much of the focus was on conserving the existing forest remnants, but since about 1950, the emphasis has been on reforestation through planting trees. 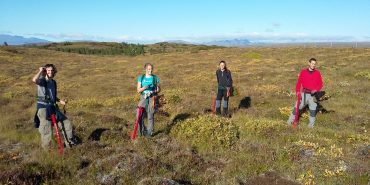 The Icelandic Forestry Association (IFA) was founded in 1930 and has been aiding this cause ever since, and recently started working in an area around Úlfljótsvatn lake in the southwest of Iceland.  Úlfljótsvatn is situated south of the beautiful, Þingvellir national park. Parts of the area have been heavily eroded or degraded and is in an urgent need of attention.  This is where the volunteers are needed!  Volunteers will assist with the reforesting in the area, by planting seedlings and by fertilising young trees and/or in an area in the south of Iceland called Geitasandur.

We need two groups of 5 short term volunteers, who will team up with long term volunteers already working in the area. The volunteers will live in a farm situated next to the lake. The teams will be led by a qualified and experienced team supervisor who is both educated in forestry and biology. 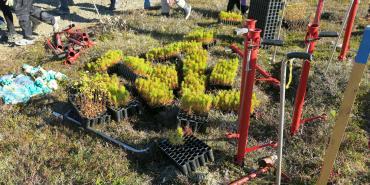 No previous experience of this work is necessary as training will be provided by experienced leaders. The working day normally runs from 09:00 – 17:00 with breaks for lunch and coffee.  Travelling to and from the work area will be via a car.  All volunteers should consider Iceland has famously unpredictable weather and should bring with them appropriate outdoor clothing. Good shoes, wind blocking over garments and insulating (not cotton) inner clothing.

“Iceland used to be a green, forested island at time of the viking settlement. Since then it is estimated that we have lost over 90% of our forest cover due to unsustainable land-use. Now large areas of the island are suffering from heavy soil erosion and desertification. Our volunteers help us take action to right this wrong, one small plant at a time. Our actions do not only benefit Iceland, the effects are global by virtue of us growing forests for carbon sequestration” – quote from our Project Manager