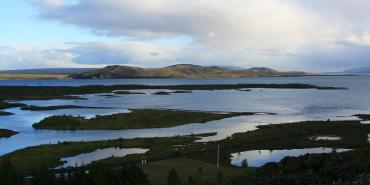 Iceland is a country filled with legend, sagas, rich history and folkore, and its wild landscape contains mist-filled volcanoes, glaciers, geysers, hot springs, dramatic valleys and waterfalls everywhere you look. The first impression when you come to Iceland is that you are stepping into an unknown landscape, not unlike that of the Moon! The winters provide a spectacle of the Aurora Borealis and in the summers, the sun never goes down and shines at midnight.

The Golden Circle of Iceland 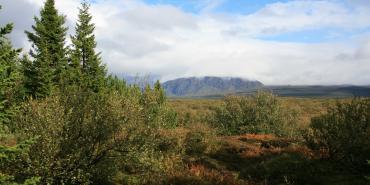 The Golden Circle (Icelandic: Gullni hringurinn) is a popular tourist route in southern Iceland, covering about 300 kilometres (190 mi) looping from Reykjavík into the southern uplands of Iceland and back. It is the area that contains most tours and travel-related activities in Iceland.

The three primary stops on the route are the Þingvellir National Park, the Gullfoss waterfall, and the geothermal area in Haukadalur, which contains the geysers Geysir and Strokkur. Though Geysir has been mostly dormant for many years, Strokkur continues to erupt every 5–10 minutes. Other stops include the Kerið volcanic crater, the town of Hveragerði, Skálholt cathedral, and the Nesjavellir and Hellisheiðarvirkjun geothermal power plants.