"It was probably one of the best experiences of my life!"

Freya Hinchliffe, a teen from the UK, joined for 1 week in July

The whole experience of volunteering in the Hebrides was incredible. I think we were really lucky with the weather, which helped a lot, but it would have been amazing either way. Everyone were so nice and friendly and explained what was needed from us really well and it was very educational as well. I honestly can’t think of anything that could have been done differently to make the experience better, but it was just so good.   Everything to do with applying and getting there was well explained and people were very good at responding to emails, if I had questions about anything and that was really helpful and it was probably one of the best experiences of my life!

"It was an amazing week!"

Mieke Flapper, from the Netherlands, volunteered for 1 week

It was an amazing week! I can’t think of anything that needs improvement. The crew was so nice and everything was very well organized. It was a real adventure and i want to thank you all that you have made this so special!

"The combination of beautiful scenery and wildlife sightings"

I had a brilliant time on board Silurian. The crew were very knowledgeable and happy to share their knowledge and looked after us very well. Although the weather was not particularly good for spotting mammals, we saw several different species including a large group of harbour porpoises, when all the books say they are only seen singles or in pairs. Silurian herself is a lovely boat and felt very safe and secure. The evenings were spent playing various games and eating a variety of meals prepared by different people each day. The combination of beautiful scenery and wildlife sightings was added to by one evening being able to see the Northern Lights, a first for me. Overall an excellent experience, one which I would happily repeat. 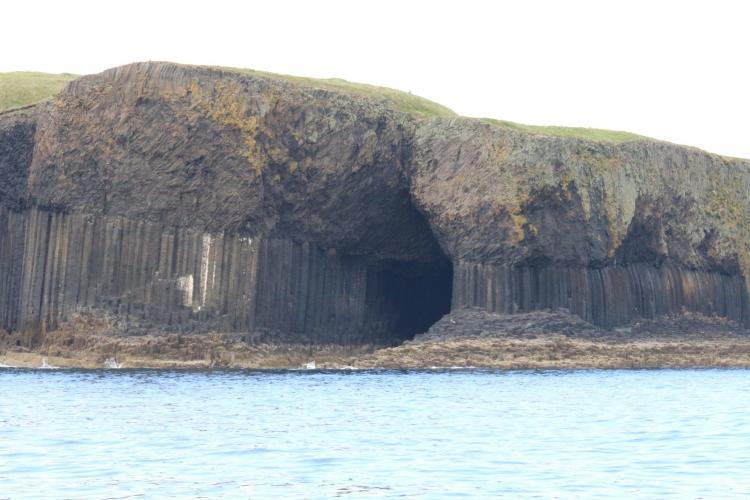 "The experience was brilliant"

Archie Gooding, from the UK

The experience was brilliant. The people were very friendly and useful and allowed everyone to have a good experience and learn something. Nothing could really be improved upon as the whole experience was amazing.

"The boat, people, weather, scenery and wildlife were all I could have hoped for"

Ian Brunt, from the UK

I absolutely loved my recent time volunteering. There was almost nothing that I could wish to have changed except perhaps having even more sightings, but that would have just been greedy. The boat, people, weather, scenery and wildlife were all I could have hoped for.

The boat itself was great and although my friends cannot image spending so much time on board in (in relative close quarters and with so many other people), I was was extremely fortunate that all of my fellow volunteers (6 of us in total) were all interesting people, easy to get on with and keen to be involved in every aspect of the survey and running of the boat. The three crew (skipper, 1st mate and science officer) were also extremely knowledgeable, interesting and enthusiastic people who were always happy to explain things, answer whatever questions we had and allow us to try things on the boat (such as visiting the crows nest or helming/steering). It was definitely a sad day when the survey finished for us and I was not alone in being prepared to remain on board for another survey if we could have.

As part of the on-survey effort, we were involved in a number of roles that were undertaken in rotation – 2 hours on (30 minutes per station) and 1 hour off to relax, read, sleep, take photo’s, make a brew, etc. The survey effort involved being on lookout and recording seals, whales, dolphins, birds, lobster creels, rubbish and shipping as well as monitoring the environmental conditions and monitoring/recording signals from the hydrophone.

After the day’s surveying we anchored in a small bay or harboured up and all gathered for tea and biscuits (or cake!) to review the day, followed by an excursion to shore for anyone who wished to go. We all then took turns in adding to the ship’s blog and preparing an evening meal which we all ate together which was great (the selection of fresh ingredients on board by the way was amazing – and most of it sourced locally where possible). The rest of the evening was then various mixes of presentations/discussions about what we’d seen or were likely to do the next day, asking questions, more tea and chatting and sometimes games to play. After the days efforts, which were surprisingly tiring (especially with all that sea air), most of us had reasonably early nights (which suited me absolutely fine).

The weather during our time on board was also amazing and so so much better than we could ever have hoped for. There were many days where we could easily have been in the Mediterranean. From our time on board we covered a large part of the northern Hebrides and crossed the Minch between Lewis and the Scottish mainland a number of times. We saw Minke whales and porpoises and various species of seals and dolphins, besides a variety of bird life including three Golden Eagles flying together.

Overall, I thoroughly enjoyed my time volunteering. I got to see some amazing scenery and wildlife (including improving my knowledge and recognition of sea birds, which was one of my original goals), spent time with interesting people who were as interested and excited as I was, learned so much about cetaceans and their environment (including how to spot and rapidly and accurately record them) and in some small way, add to the knowledge of all these amazing animals and assist in their protection. Thank you so much for putting me in touch with this project – besides the information that I helped to obtain I know that I personally got so much from my time there.

The most memorable moment has to be the sighting of a pod of nine orca in June of this year. We stayed with this group for half an hour watching them in their passage south in the Sea of Hebrides. The excitement on board was electric. This is often top of the wish list of those coming on board, however, while there are always plenty of sightings on every trip, orca are one of our rarer spotted species here on the West Coast. Having said this, I have never returned home disappointed. There is always some enchanting experience which touches your heart and makes you feel very privileged to have been there.

One of the wonderful things about the Silurian is the mixture of age groups. I am an older volunteer and it is rejuvenating to mix with the younger folk. Likewise I think they realise that the wrinklies can still be fun to have around. I am filled with admiration for the drive and ambition of many of the volunteers and crew, who make the challenges of long working days and Scottish weather on-board a breeze.

You will have a wonderful adventure and meet a group of like-minded people, some of whom will be friends long after the voyage is over. In addition it is great to be part of a team undertaking solid scientific work which is helping to safeguard our precious environment. You will learn a lot, not only about cetaceans and visual and acoustic monitoring techniques, but you will also become proficient in identifying sea birds and other wildlife.

"Overall it was an amazing experience and would definitely recommend it"

Max Fairhurst, from the UK, joined for 1 week

My trip was great. I had a really good time and apart from the travel everything went smoothly. The crew was really friendly and helpful and the others were nice as well. Overall it was an amazing experience and would definitely recommend it.