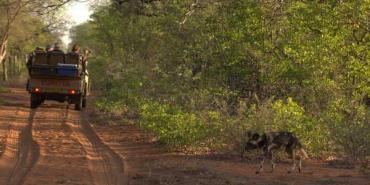 Roughly the same size as France, Botswana is landlocked and bordered by Namibia, South Africa, Zimbabwe and Zambia.  This Zambian border is only 150 meters and the shortest border in the world.  It is characterised by the Kalahari desert across the country, the Okavango Delta in the north-west and the Makgadikgadi Salt Pans in the north-east.  The picturesque landscapes are considerably flat and feel never-ending.  In fact, the horizon of the Makgadikgadi Salt Pans is vast enough to see the curvature of the earth.  These pans have a considerably harsh climate but, when it rains they can change into a blue lake that attracts animals like flamingos.  The Okavango Delta is the largest inland delta in the world and boasts a diversity of wildlife, unusual in the middle of a desert landscape.  Its waters originate in Angola and it is on UNESCO’s list of Heritage Sites.  Contrasting with the otherwise flat landscape, the impressive Tsodilo Hills are another UNESCO World Heritage site.  They are also are home to an amazing 4000 cave paintings which suggest the hills were first inhabited over 30,000 years ago.  The indigenous Khoisan people believe positive energy is brought to all who go there. 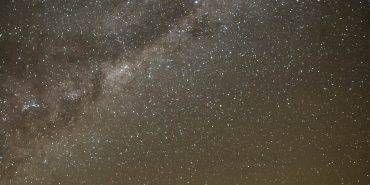 Botswana is one of the most sparsely populated countries, with most of the population congregated in the east and in towns.  Gaborone is the largest city and Botswana’s capital. Francistown, close to the eastern border is the oldest and second largest town, and is built on gold-mining.  Maun is the gateway to the Okavango, and further north, right on the border of Zambia, is Kasane.  Here,  you can find a huge Baobab tree that was once used as a prison due to its trunk being so large a human can enter.

Botswana’s seasons are sometimes labelled, to an extent, as indistinct.  This is largely because hot days seem to extend year round.  However, particularly in the Kalahari areas, the nights in winter can get considerably cold (close to freezing).  This winter begins around the beginning of May and brings with it the dry season, characterised by clear sunny days and cool evenings.  Although there is always water in the Okavango the channels become a lot narrower and animals often congregate around the water sources available (the perfect opportunity to spy a wide range of wildlife).  The wet season falls between November and March and, with the rains, comes hot, humid days and nights.  This means the temperature often reaches the mid 30℃s (which can feel a lot hotter in the sun).  Although the temperatures in winter can also reach the mid-20℃s in the day.  December is the wettest month and can experience consecutive days of rain. 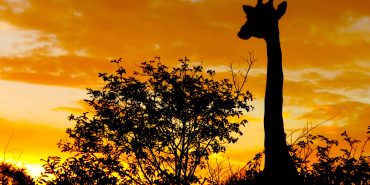 Our Limpopo-Lipadi Game Reserve volunteer programme is located in the Tuli block in the south-easterly part of Botswana.  As with most parts of the country, summertime, between September and May, brings very hot, sunny days with maximums reaching into the 40℃s and minimums in the low 20℃s.  Rain falls largely between November and May.  In winter, temperatures range from 18℃-27℃s, however the nights can often drop to freezing so it is necessary to be prepared.