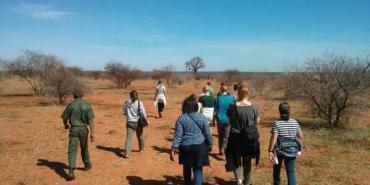 Botswana has an interesting history.  It was a British Protectorate until 1966 when it held its first general democratic elections based on universal suffrage, making it the oldest consistently democratic country in Africa.  Did you know, it was the inspiring love story between Sir Seretse Khama, the first president of Botswana, and Ruth Khama, an English woman, that was recently documented in the internationally accredited film ‘A United Kingdom’?  Now a parliamentary representative democratic republic, the multiparty system has been dominated by the Botswana Democratic Party (BDP) since independence.  40% of all government revenue is earned from the mineral industry, with its economic dependence weighted on diamonds. In fact, the government owns 50% of Debswana, the country’s largest diamond mining company.  This contributes to the stability and prosperity.

English is the official language of the country with most of the population having a working understanding.  Setswana, or Tswana, is also widely spoken and is the national language.  If you’re curious to get started, ‘Dumela Rra’ and Dumela Mma’ are ‘hello sir’ and ‘hello ma’am’ respectively in Tswana. There are a number of similarities across the ethnic groups in the country, which creates a harmonious feeling of a ‘national culture’.  But there are also dis-similarities which make for a beautiful patchwork quilt of different traditions include various art and crafts, myths and legends, ceremonies and celebrations and beliefs and religions.  Beautiful and important artwork depicting Botswana’s cultural heritage, wildlife, and more can be found at the Thapong Visual Arts Centre in Gaborone.  The pottery factory in Gabane is particularly worth a visit due to its shop selling wares such as crockery, vases and other handcrafted decorative items. 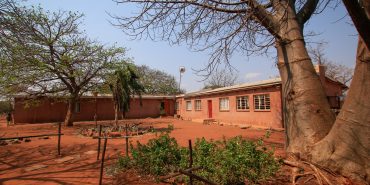 The oldest inhabitants of the country (and arguably the world), are the Khoisan peoples, sometimes referred to as ‘San’ or ‘Bushmen’.  Though in some areas these are seen as derogatory terms.  They were the first people to inhabit Southern Africa, where they have lived for over 20,000 years. Khoisan rock paintings in the Tsodilo Hills attest to this incredible legacy, with many examples thought to date back to at least 1300 AD.  Did you know, in traditional Khoisan culture women are considered relatively equal, and decisions are made as a group?

If you’re interested in trying some local cuisine, the national dish is ‘Seswaa’, a stew of boiled meat, maize meal and greens.  But if you’re feeling a little more adventurous, mopane worms are also considered a delicacy in Botswana.