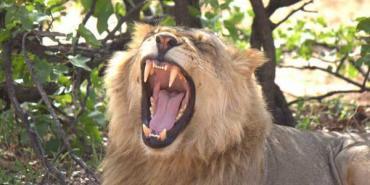 The wide expanse of land accommodates a similarly wide diversity of wildlife.  It is a landscape perfectly suited to large, roaming animals and is notable for huge herds of zebra and wildebeest that make annual migrations to find food and water.  Thanks to the Okavango and Chobe Rivers, it is also a safe haven for endangered species.  Varieties include puku, red lechwe, mountain reedbuck and sitatunga antelopes as well as others like wild dogs, pangolins (anteaters), aardvarks, wattled cranes, African skimmers, Cape Griffon vultures and rhinos.

Botswana is home to a high concentration of animals.  In fact, it has the highest concentration of wild dogs and elephants, the latter of which are found in Chobe National Park, also famed for its big herds of buffalo and incredible birdlife.  Alongside this national park, Botswana has some other incredibly beautiful reserves like the Moremi Game Reserve which was voted the best game reserve on the African continent in 2008.  It is actually the first reserve solely funded by local residents (who were concerned over increasing threats to the environment and wildlife).  There is also the Kalahari Game Reserve where incredible grasslands engulf you by day and the skies at night are amongst the clearest in the world.  The Okavango Delta, best experienced from a small narrow boat called a mokoro, puts everything into scale in a magnificent fashion.  At its widest point the delta’s fan is 170km, with waters actually sweet to drink, and boasting 164 mammal species, 157 reptiles species and 540 bird species. 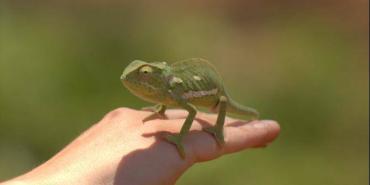 Volunteering in Botswana at our Limpopo-Lipadi Game reserve programme, gives volunteers the opportunity to experience an impressive and varied ecosystem and includes three of the ‘Big 5’: lion, elephant and leopard.  Alongside these are numerous others from the largest hippo to smallest mongoose and around 400 bird species.  This treasury of animals is supported by habitats ranging from lush riverine forest to dry woodland and from open acacia savanna and Kalahari sandveld to rocky koppies.

There is strong government dedication to preserving habitat and the country remains a leader in protecting wild spaces and natural resources.  For example, it does this by focusing on high-quality, low-volume tourism and setting aside large portions of land to national parks and reserves.  Yet an incredible threat to Botswana’s wildlife and biodiversity, currently, is desertification and drought as well as encroaching human habitation.  These seriously threaten the stability of the ecosystems, particularly around the Delta, as increasing pressure is placed on the resources crucial to sustaining life. 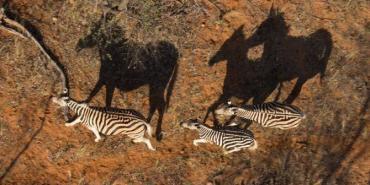 Botswana has been looking to lift bans on hunting, which may provoke protest amongst some animal welfare groups.  This is largely because of the increasing conflict between communities and animal populations, whereby strain is placed on small-scale farming.  Conservationists argue, however, that hunting will have a limited effect on the human-elephant conflict as those who are hunted do not match the groups (in terms of age, sex and timing) that are often the cause of concern for the communities.  Instead, renewed hunting would threaten much of the wildlife. 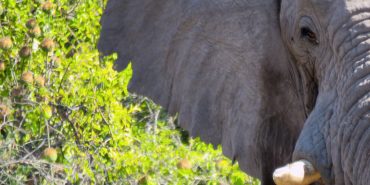 Also, although known to have a zero tolerance policy for poaching, reports suggest the country is victim to threats of wildlife crimes committed by rogue security forces (see oxpeckers article in links).  This suggests the help of some ‘insiders’ within Botswana, with incidents including theft of elephant tusks and rhino horns in 2012 and 2015 respectively.  Attitudes held by some traditional communities, too, whereby they have a ‘right’ to wildlife as a ‘consumable resource’ adds a complexity to conservationist’s work to safeguard certain species.

Continued efforts by these conservationists and organisations to protect and support the wilderness in Botswana, and all it holds, is critical.