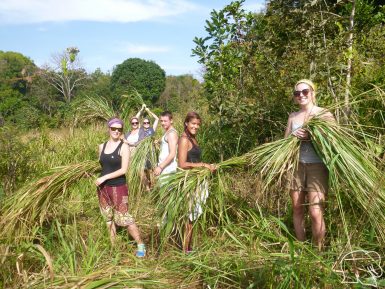 Located in southeast Asia, Cambodia is bordered by Thailand, Laos, Vietnam and, along its coast, the Gulf of Thailand.  The country is dominated by a central lowland, where much of the population is situated.  This includes the Tonlé Sap basin, which is the largest saltwater lake in southeast Asia, and its surrounding swamp forests; the lower Mekong River floodplains and the Bassac River plain.  These are the principle wetlands that cover around 30% of the country (while forest and woodland cover an estimated 62% of the land).  All of which is surrounded by mountains ranges.  In the south-west the country stretches to a long coast where you find sizable mangrove marshes, peninsulas, sandy beaches and headlands and bays and offshore around 50 islands are included in the country’s territorial waters. 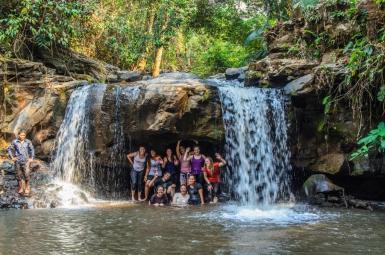 There are two seasons of relatively equal length, defined largely by precipitation due to the fact that temperatures and humidity are generally high and steady throughout the year.  The country is characterised by a tropical savanna climate and monsoons:  The southwest monsoon brings the rainy season from mid-May to mid-September or to early October, and the northeast monsoon flow of drier and cooler air lasts from early November to March.  The maximum temperatures usually sit around 30℃ and minimums around 24℃.  Yet maximums of higher than 32℃ are common and, just before the start of the rainy season, they may rise to more than 38℃.   Minimum night temperatures can occasionally fall below 20℃ in January which is the coldest month.  Of the projects offered one is in the south central region and the other is in the far east, in the Mondulkiri province.  In the latter area, temperatures tend to be cooler than in other parts of the country but the seasons remain largely the same.  This rainy season is between June and October (with average temperatures above 25℃), the cool season between November and February (with average temperatures below 20℃) and the hot season between March and May with temperatures between 20℃ and 30℃.  In the other project, centrally located near Phnom Penh, temperatures are high all year round, with maximums sitting at above 30℃ and lows between 20℃ and 25℃.  The driest months are between December and April and the wettest months are September and October with humidity remaining high throughout the year.