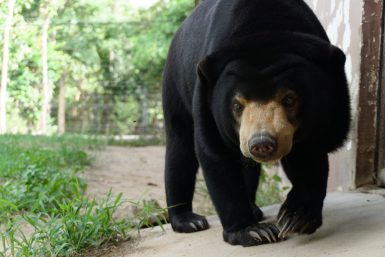 Cambodia is rich in biodiversity and falls within three different bio-regions: Indochina, coastal Indochina and Annamese Mountains.  Much of Cambodia’s biodiversity is still being discovered at an extraordinary rate.  For example did you know that between 1998 and 2011, the number of identified mammal species grew from 100 to 162, birds from 410 to 577, reptiles from 82 to 176, amphibians from 28 to 66, and fish from around 215 to 571 species? 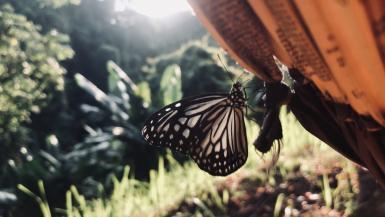 Its wetlands are the most critical habitats in the country, and Tonlé Sap, in particular, is a highly important nesting and feeding ground for large water birds such as eastern sarus crane, great adjutant and Asiatic black stork.  The waters of the Tonlé Sap and the Mekong are also home to a variety of fish species, many endemic and some endangered, and a small population on Irrawaddy dolphins.  Wild cattle and deer species, as well as predators like tiger and leopard, still roam the remote forests of the eastern plains landscape.  Its forests also still hold (although in decreasing numbers) threatened species such as the Siamese crocodile and Asian elephant, both of which are no longer found in the wild in neighbouring countries.  The small elephant population is increasingly fading due to threats like ivory trading and other hunting. Our Elephant Sanctuary Volunteer Project in Cambodia gives volunteers the opportunity to work in an Elephant Sanctuary created to make a home for injured and overworked elephants in the remote eastern parts of the country.  Here the focus on freedom and care of the elephants are paramount.   Other critically endangered species include the Sumatran rhinoceros, Javan rhinoceros, Kouprey, Black-faced spoonbill, Giant ibis and the Hawksbill turtle. 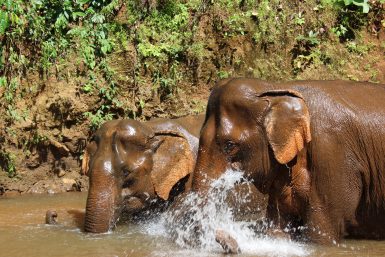 Deforestation and over-exploitation has only affected the country in recent decades, and thus forests, low mountain ranges and local eco-regions still retain much of their natural potential.  They are also still home to the largest areas of contiguous and intact forests in mainland Southeast Asia.  Yet the rate of deforestation has become one of the fastest in the world and multiple serious environmental issues persist and accumulate, which are closely related to rapid population growth, infrastructure development, uncontrolled globalisation and inconsequent administration.  Other major threats for biodiversity in Cambodia include sand dredging in waterways; overfishing and illegal fishing techniques and illegal wildlife trade.  Volunteers can also work with bears near Phnom Phen, in our Bear Sanctuary Volunteer project.  The Sanctuary is currently taking care of more than 120 bears that have been saved from appalling conditions and the illegal wildlife trade.  This is the world’s largest sanctuary for sun bears where changing attitudes and raising awareness are also key aspects to their work.