Given its expanse, Canada is not characterised by a single climate or particular landscape but instead experiences a wide range of both weather and natural scenery. The country can be divided into a number of different ‘regions’ and these include the Northern Tundra, the West Coast, the Internal Prairies, and the Boreal Forests. Water dictates much of the country’s climate – with ocean currents impacting the east and west coasts and the Great Lakes influencing the southern interior. While some parts experience mild winters and even hot summers, a considerable part of Canada is subject to extremely cold winter weather and snow.

Across much of the northern parts, the country is Arctic tundra, with species of moss, lichen and small shrubs primarily covering the landscape. Here, the permafrost is delicate and subject to easy destruction. There is little to no soil and the food chains are fragile. As you move South, a considerable part of the country is covered in Boreal (coniferous) forest (in fact it stretches over almost half the country’s entire landmass and is one of the largest protected forests). It is also some of the densest forests and with the lakes and rivers that cut across it, it houses the world’s largest source of surface freshwater. 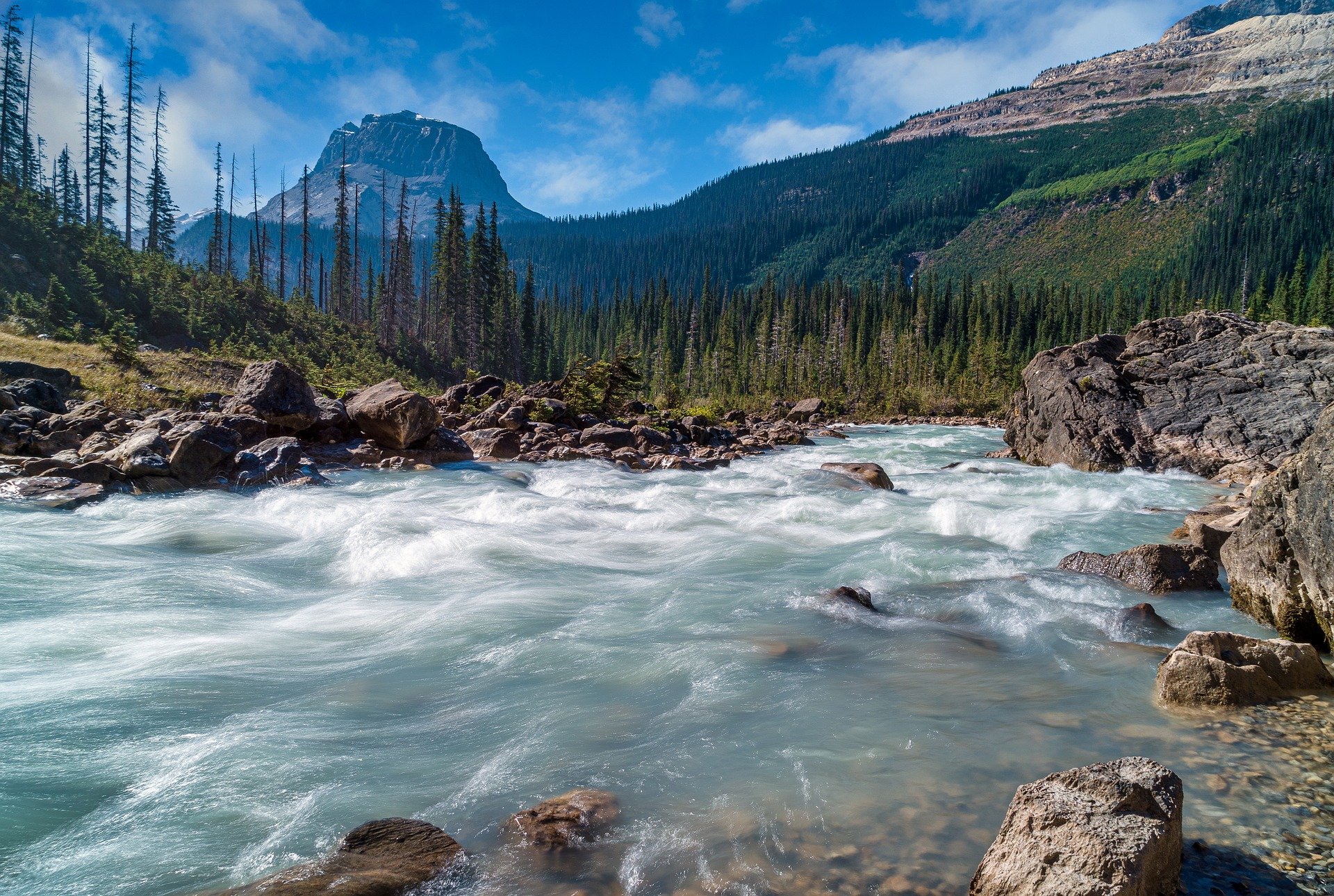 There are a few other forest zones in Canada, though none as large as the boreal one, that offers their own array of wildlife and biodiversity. In the South, there are some parts of deciduous forest with sycamore and oak trees and other mixed forests, as well as a small part of the North American Acadian Forest region comprising of temperate broadleaf trees. In the West, there is both coniferous stretches along the coastline and an array of mountainous subalpine forests along the Western Cordilleran.

The grasslands, or prairies, of Canada, are another important ecological region. The southern interior is too dry for forests, giving rise to these natural prairies spread with shortgrass, sagebrush, and cacti. It is also Canada’s most fertile soil and is popular for dryland farming and grazing. Wind erosion, however, particularly in areas converted for agriculture, is severe.

Despite many assumptions, Canada’s climate is not all snowy landscapes and icy winds. Across the country, the weather can vary quite significantly and there are many areas in which the summer temperatures push into the mid-30°Cs. The transitional seasons of spring and autumn are often considered the most pleasant, but there are some considerable variations too. The climate is most heavily impacted by both the ocean winds and Great Lakes’ currents. In the West, the onshore Pacific winds make for markedly wetter seasons and moderate winter and summer temperatures.

Across the eastern coast, you’ll find that the cold Labrador current of the Atlantic Ocean has a cooling effect that creates the often-found fog in the region and in popular destinations like Newfoundland. The Northern parts of the country are spectacularly icy and unforgiving in winter, with short, cold summers. The central and southern parts of the country experience both cold winters and hot summers, though far less precipitation than either coastal region. In winter, aside from the western coast, snowfall happens across Canada – though in varying types – and temperatures consistently drop below freezing. The coldest ever recorded was in a Territory called Yukon in the North in 1947. It was -63°C.

Our wildlife rescue programme runs in Langley, British Columbia. BC is a province on the west coast of the country and the climate varies across the region. Along with the coastal areas, you’ll experience both milder winters and more precipitation than in the interior, where snow is heavier. Summer temperatures vary from midday highs of 20°C on the coast and up to 30°C in the interior. Langley is located near Vancouver and lies directly on the coast. This means you’ll experience mild, wet winters with highs of between 7°C and 9°C and warm, 20°C summers.