Canada is fortunate to be home to thousands of wildlife species and the vast areas of land and water on which they depend. There are thought to be 140,000 species in Canada — half of which are unidentified!

There are several recognisable Canadian animals that are scattered across the different landscapes and many interesting species to be seen including the Vancouver Island marmot, the Atlantic puffin, the barren-ground caribou and the whooping crane. Most of the diversity in species can be found in the forested areas, particularly the boreal forests, but there are also creatures to be seen across the mountains, grasslands and tundra. Threats to these habitats, however, are putting numerous species under pressure and the protection of Canada’s unique biodiversity is an important task for future generations. 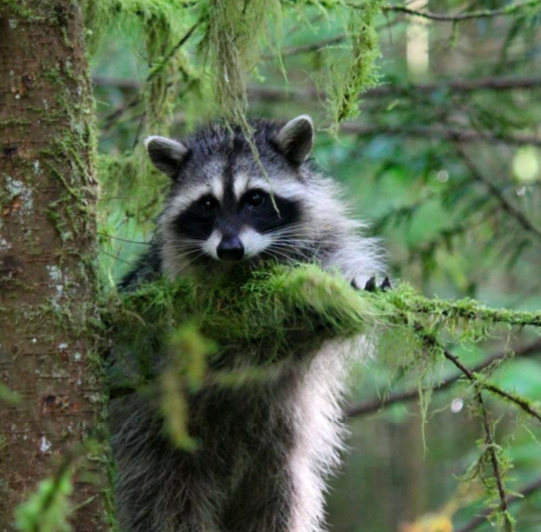 The Ecological Zones of Canada

Although diverse, Canadian wildlife largely corresponds to a few distinct ecological zones – the tundra, the forests, and the grasslands (prairies). Each holds their own impressive scenery and come with unique challenges for their environment.

Across much of the northern parts, the country is Arctic tundra where the vegetation is sparse and the ecosystems delicate. While some bird species, like the Canadian Goose, migrate here for nesting season, there are only a few permanently residing species. These include mammals like seals and polar bears alongside snowy owls.

Canada has several forested areas but the largest by far is the boreal forest. It is home to some of the most ‘typically Canadian’ species including moose, beavers, black bears, Canadian lynx, blue jays, ravens and Canadian jays. Canada’s boreal zone also protects threatened populations of wood bison, peregrine falcons and woodland caribous. In the remaining forested regions, which also cover parts of the famous Rocky Mountains (‘Rockies’) in the west and the Appalachians in the East, you can find everything from white-tailed deer, elk and mountain sheep to smaller mammals like squirrels, racoons and pikas. In Ontario, there were also once populations of wild turkey that have been slowly reintroduced.

In the grasslands or prairies, we have another important ecological region. It is here that Bison used to naturally roam, and some nomadic indigenous groups followed their patterns, but with these populations near extinction, they can now mainly be found in reserves. Other larger mammals, including mule deer and antelope, can be found alongside smaller grassland mammals like squirrels and pocket gophers.

As well as all these species mentioned, the country homes a number of endemic species found nowhere else in the world. These include mammals such as the eastern wolf, Vancouver Island marmot, wood bison and Peary caribou. Endemic birds such as the Pacific Steller’s jay; and fish such as the Banff longnose dace, Atlantic whitefish and Vancouver lamprey are also only found in Canada. However, 80 per cent of these endemic species are plants and insects, like the Maritime ringlet butterfly and the Yukon golden weed.

Many of these unique species are, as you might expect, found in Canada’s unique ecosystems. These include the Athabasca sand dunes of Saskatchewan, the Great Northern and Avalon peninsulas of Newfoundland, along with isolated islands such as Vancouver Island, Sable Island or Haida Gwaii.

Many of these habitats are facing different pressures, which you can find out more about in the section on climate and geography, but there are also a number of shared challenges for the region as a whole. The country has seen steadily declining numbers in important wildlife groupings over the past 50 years as a consequence of habitat loss, over-exploitation, pollution, the invasion of alien species and climate change. These have a cumulative impact on all Canadian fauna and flora but are particularly dangerous to already threatened species.

These endangered species include the wood turtle, leatherback sea turtle, collared Pika, Atlantic walrus, burrowing owl and the North Atlantic right whale. Though efforts are increasingly being made to protect both habitat and species, it is important to maintain the momentum to ensure that the biodiversity of the country can take on the threats of the future. 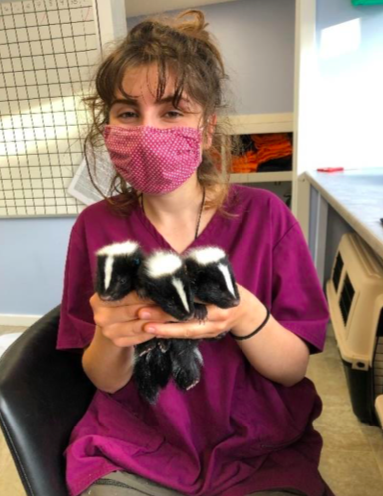 What Species can you Work With Through us?

Our Wildlife Rescue Internship Project offers you an amazing chance to get up close and personal with many of these species!

This is the only facility in British Columbia specialising in the care of mammals and one of only three bear rehabilitation facilities in the province.

The project has helped a huge amount of injured and orphaned animals, saving over 50,000 individuals over 30 years of work!

There were more than 1700 animals admitted to the rehabilitation centre last year and during the baby season, the project gets up to 100 calls a day regarding injured or orphaned animals!

You can probably expect to work with the likes of squirrels, raccoons, otters, beavers, skunks, opossums, hares, weasels, coyotes, deer and black bears.