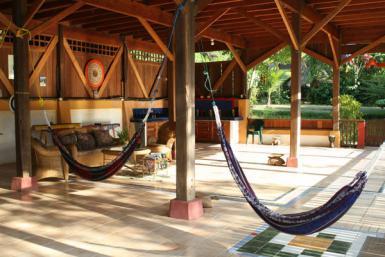 Many parts of Costa Rica’s history is characterised by the rule (and attempted rule) of various empires but prior to the arrival of the Spanish, the country was inhabited by indigenous hunter-gatherers dating back another 10 000 years.  Ruins of a large, ancient city complete with aqueducts were recently found east of San Jose, and some marvellously sophisticated gold and jade work was being wrought in the southwest.  Some sites in Nicoya province (where one of the projects is found) show evidence of influence from the Mexican Olmec and Nahuatl civilizations.  Given the country’s location they were also a middle ground between Mesoamerican and Andean native cultures. 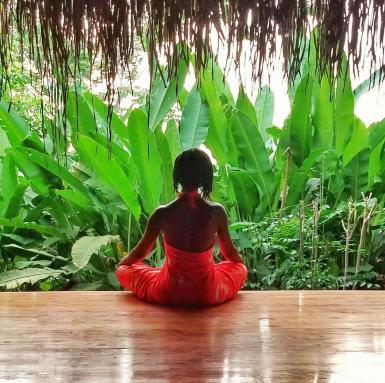 The beginning of the 16th century however, saw the landing of Christopher Columbus, the defeat of local populations and the beginning of a Spanish Colony.   The golden bands that the region’s inhabitants wore in their noses and ears would inspire the Spaniard Gil Gonzalez Davila to name the country Costa Rica, or Rich Coast.  Their existence as a part of the empire lasted for over 300 years, and much of the culture displays this long and heavy influence.  But the country did remain largely underdeveloped and impoverished for much of this time mostly because it was a challenging place to live and its resources were not easily accessible or exploitable.  The Mexican rebellion inspired uprisings in the region and after the Mexican War of Independence (1810-1821), Costa Rica became a part of the Mexican Empire.  The country officially withdrew from the Central American Federation (CAF) in 1938 though the economy did struggle due to a lack of strong connections with European suppliers and military rule reared its head from time to time.  The country also resisted attempts by the domineering United States, and specifically the southern soldier William Walker, to conquer the region.  In the 19th century, the riches that Costa Rica had long promised were uncovered, when it was realized that the soil and climate of the Central Valley highlands were ideal for coffee cultivation.  Soon after the country once again struck gold, or rather yellow, as it experienced another boom, a banana boom.  The export of the fruit surpassed that of coffee by the early 20th century.  Beginning in 1940, events would lead Costa Rica onto a more democratic path, though a brief (2 month long) civil war, in 1948, brought chaos.  Today the politics of the country take place in a framework of a presidential, representative democratic republic, with a multi-party system and the country has in the past been noted as a beacon of stable democracy in the region.  Did you know, despite its past of conflict, the country has had no standing army since 1949? 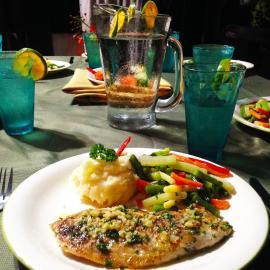 Due to its history, Spanish culture does have a noticeable influence on local traditions and culture is often divided into two areas: Latin-America (Pacific and central highlands) and Jamaica/Africa (Atlantic Ocean).  Spanish is the official language of the country, and while much of the population understands English, Costa Rican Spanish is considered to be one of the easiest dialects of Spanish to learn.  So it might be worth picking up a few bits before you go.  Attempts to learn the language are taken by the friendly but also reserved people, referred to as ‘Ticos’, as a wonderful gesture.  There is a common saying that they use all the time to say hello, to say thanks, and that they use in a variety of ways that proves just how relaxed they are about day-to-day things in life; they say Pura Vida, which directly translates to Pure Life.  Perhaps another sign of just how at peace this country’s people are.

Religion, mainly Catholicism, is ever-present in daily life.  Many towns, including the capital of San Jose, are named after the saints.  Major holidays – Holy Week, Christmas, and the Virgin of Los Angeles Day – revolve around Catholicism.  Traditions also revolve around close-knit family (and extended family) networks and there are often understood gender differences that influence the role of men and women in society.  Other than these traditions, Ticas, especially younger generations, are adopting more and more cultural aspects from North American influences, particular the US. 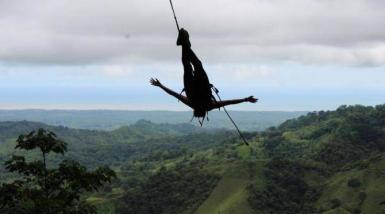 Costa Rican cuisine is hearty, savoury and always satisfying.  Generous portions, fresh-brewed coffee and fruit in every shape, size and colour fill the tables of every Costa Rican home.  There is also a dedication to freshness – be it baked bread, fruit, veggies, meat or cheese.  Maize is consumed as tortillas, which accompany rice and beans (two very important staples of the cuisine) typically eaten three times a day with eggs, cheese, meat (pork and chicken being the most common), or chicken and with chayotestew or salad at lunch or supper.  Ceviche remains one of the country’s most popular dishes. It is made with fresh sea bass marinated in lime juice, red bell peppers and onions, served with chips.  And to work off all that delicious food you’ll find Merengue, salsa, cumbia and dub filling Costa Rica’s discos. From San Jose’s nightclubs to rural dance halls, you’ll find all people, young and old, swaying their hips to these tropical rhythms.

With so much to see and do in the country, you are bound to not have a spare moment to waste.  But if you find you need some inspiration of sites to visit try the Marvellous Teatro Nacional in San Jose: Playa Negra (a long, black-sand beach) in Cahuita; Wilson Botanical Garden (right by the southern border); Viento Fresco, a series of five cascades, including the spectacular Arco Iris (Rainbow Falls) in the north-west and Llanos de Cortés, where you scramble down a short, steep trail to reach the spectacular 12m high, 15m wide waterfall.  Around 500 km southwest of the Costa Rica mainland, there is also Isla del Coco.  A natural wonder that teems with wildlife, including the largest schools of hammerhead sharks on the planet.  Finally, on Ostional beach where we have our Olive Ridley sea turtle volunteer programme you can also find the natural phenomenon of Arribadas, where tens of thousands of turtles come up at once to nest.

Ticos are a friendly and welcoming group of people and this warmth is bound to create a happy experience: Just remember, blowing your nose in public is frowned upon – in fact, it’s seen as downright impolite and disgusting.