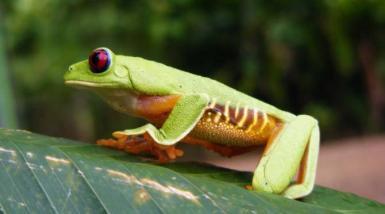 Costa Rica has some of the most interesting fauna and flora across its multiple natural parks and reserves.  It is considered to possess the highest density of biodiversity of any country worldwide.  The weird and wonderful species include mammals like anteaters, jaguars, margays and multiple monkey species; reptiles like crocodiles, turtles and iguanas and marine life like manatees, reef sharks, whales and dolphins.  Along with these are the beyond colourful varieties of birds, amphibians and insects that call the country home, like macaws, blue-crowned mots mots, red-eyed tree frogs, quetzals, toucans and many more.  The country is one of the most eco-minded in the world and 25% of the land is protected.  Around 52 species of hummingbirds are native to Costa Rica, making it a hummingbird capital and around 10% of the world’s butterflies find their home here.  El yiguirro was designated as the national bird in November of 1976.  It is located throughout the country, representing earth’s fertility and standing as a symbol of rain. In fact, the yiguirro sings to call the rain and its call marks the beginning of the wet season. 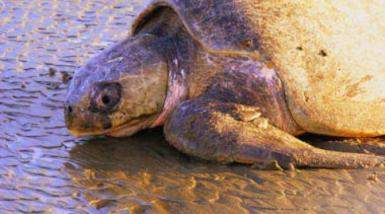 There are a number of threats across the region.  Of particular concern is deforestation.  Rainforest is a crucial habitat in the country, and destruction is increasing due to a growing human population and as such growing demands for agriculture and wood products.  Clearing land for cattle ranching is the most common cause of deforestation.  Loss of forest causes habitat fragmentation and endangers a number of species that rely on the terrain.  Another concern, increasingly apparent, is the problem of electrocution of species (specifically monkeys) due to the increasing presence of power lines, which, as a consequence of property development, are used as a method of crossing cleared land by certain animals.  Some studies suggest the number of animals affected run into the thousands.  In general, the growing human population, invasive species, harmful agricultural and tourism practices and pollution are increasingly threatening precious biodiversity.  Our volunteer in Costa Rica programmes all focus on conservation and rehabilitation of, and education around, a number of important species crucial to this biodiversity.  Sea turtles, crocodiles, tree boas, macaws and monkeys (as well as a number of other rescued or abandoned animals) are given dedicated time.  All of these projects aim to ensure that the animals are not only protected and supported, but that knowledge about their importance and beauty is spread.