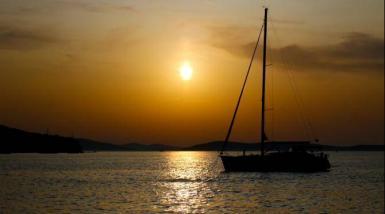 Croatia is located in southeastern Europe and makes up a part of the Balkan peninsula.  Despite its size, it is quite geographically diverse and its territory includes both a mainland and a number of smaller islands.  It is bordered by quite a few countries: Bosnia and Herzegovina and Serbia in the east, Slovenia in the west, Hungary in the north and Montenegro in the south.  The Adriatic Sea covers country’s, and its island’s, 1777 km coastline in the south.  A large part of Croatia (at just over 50%) is lowland plains.  These are specifically concentrated in the northeastern regions but do extend right down to the coast in the northwest.  The rest of the coastline (also littoral region) is characterised by rugged, barren highlands and mountains and the central mountain belt, a part of the Dinaric Alps, contains the highest point in the country: Dinara at 1831m. 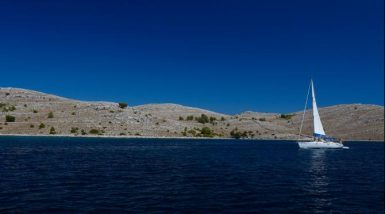 In the northeastern part of the country is the Pannonian Basin which holds the most fertile soils of Croatia (enriched by the Sava and Drava rivers).  It is an important agricultural region.  The country has a number of valuable rivers including the Danube, which is the second largest river in Europe and which helps form the far northeastern border with Serbia.  There is also the Sava, the Drava and the Unu river.  In addition, there are an incredible amount of underground rivers and pools in parts, which have created many of the unique geological formations that make up the picturesque landscape of central and western Croatia.

Most of the country has a mild, warm and rainy continental climate which means warm summers and cold winters.  The plains have average temperatures of the low 20℃s in mid-summer (June) and of around 0℃ in mid-winter (January) while the mountain regions have slightly cooler summers and winters with average mid-summer temperatures of 18℃ and -2℃ in mid-winter.  Considerable rainfall (snow in winter) is also common in the regions.  The Dalmatian coast and the islands experience a different, mild Mediterranean climate, meaning summers are warmer, drier and sunnier and winters bring the rain.  Cooling effects of coastal winds mean summer temperatures average in the mid 20℃s and winter averages at 5℃s.  The project takes place on Lošinj, one of the islands off the coast, and thus this is the climate you can expect.  Sunny days are characteristic of the island (in fact the country is said to have more hours of sun than Sydney, Australia) while September, November and December bring the most rainfall.  Sea temperatures range from 12℃s in winter to 24℃ in summer.