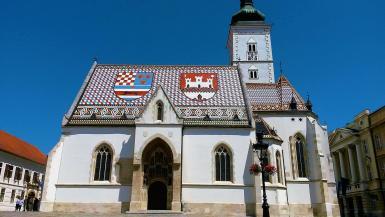 There is actually a considerable amount of uncertainty and confusion about the exact history of the nation of Croatia, in terms of its specific origins and often complicated collection of shifting ethnic and national identities.  Evidence shows that ‘human’ habitation occurred throughout prehistoric times, with Neanderthal fossils being unearthed in the north of the country.  In fact, the country has the largest collection of remains of Neanderthal people in the world.  From 11 BC to 5 AD, the Roman Empire had control of the region and you can see this in the still-standing amphitheatre in Pula.  Through its rise and fall, it is thought Slavic and Croat tribes clashed over land and resources.  Christianity extended across the region after 800 AD, around the same time the Byzantine Empire had some influence in the region, and today a large majority of Croats remain Catholic (around 90%).  By the middle of the 10th century, Croatia become a kingdom in its own right, with important leaders like King Tomislav and much later, Louis the Great in the 14th century.  It became a very influential power in the Balkans.  Yet it was not smooth sailing from here. 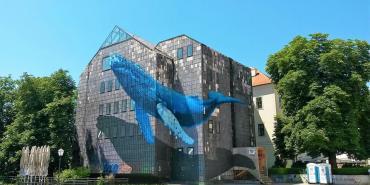 The following centuries saw growing conflict with the expanding Ottoman Empire (after struggles with control from the Venetian kingdom), whose influential was eventually resisted as Croatia was incorporated into the Austro-Hungarian Empire.  The fall of this empire after WWI again left Croatia in an uncertain position, but the country eventually aligned with Serbian forces bringing into fruition the Kingdom of Yugoslavia.  Uprisings and civil war, however, characterised the experience of this kingdom almost from the offset.  Under Tito, communist Yugoslavia succeeded in a number of socialist policies that slowly began to adapt the country to the post-war era.  Yet, Tito’s death saw the crumbling of the state and a drastic breakdown in relations amongst ethnicities.  Powerful independence/nationalist movements flourished and Croatia declared independence from Yugoslavia on June 25, 1991, a day that is now celebrated as “Statehood Day”.  The Bosnian War, though, from 1992 to 1995, cuts short any celebrations, as territorial disputes between Serbs, Croats and Bosnians characterized the bloodiest event in Europe since World War II.  Approximately 100,000 people died, a large number of them civilians, and horrific war crimes were rampant.  Today, the country is a stable parliamentary, representative democratic republic and a multi-party system. 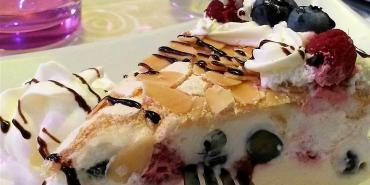 This varied, if not chaotic history, has left Croatia with a dynamic culture, touched by an array of influences from the Mediterranean to Central European to Ancient Balkan to Oriental and perhaps more.  Croats do share an overall sense of national culture however people often feel strongly about regional identities and local cultural variations, particularly food and language.  Croatian is the official language and spoken by a majority, prior to this Latin and Serbo-Croatian was used during socialist Yugoslavia.  There are also largely three dialects, namely Shtokavian, Kajkavian, and Chakavian.  Like language, the region plays a role in the favoured cuisine and the heavy Turkish, central European and Italian influences make the food both varied and familiar.  Dalmatia, Zagreb, Istrian and Slavonia are a few of the main regional divisions in food and central ingredients vary from fish, greens and olive oil on the coast to meat dishes with sides of potatoes, other root veggies, and cabbage further inland.  Some dishes worth a taste include: crni rizot (black risotto), Soparnik (savoury pie filled with Swiss chard), cabbage leaves stuffed with minced meat, ćevapčići (rolls of seasoned grilled meat) and Fuzi (quill-shaped homemade pasta typical for Istria).

There is a strong and proud literary tradition in the country, with the Glagolitic script being the oldest Slavist script in the world (in fact it was also a Croatian who invented the pen).  Sculpting too, as well as traditional Croatian arts including textile and lacework can be found throughout the country and Croatia boasts the highest number of UNESCO intangible goods of any European country.  Traditional music featuring the tamburitza, a stringed instrument, has a fervid following and the traditional kolo dance is still performed at weddings and festivals.  If you want to delve into some fascinating historical wonders then you can also visit one of the many UNESCO Heritage Sites.  These include the old city of Dubrovnik and the historical area of Split that contains ruins of the palace of the Roman emperor Diocletian as well as a Sphinx, brought over for the emperor that is over 4000 years old.  Zagreb also hosts the National Theatre, the National and University Library, and a concert hall named after the 19th-century Croatian composer Vatroslav Lisinski.